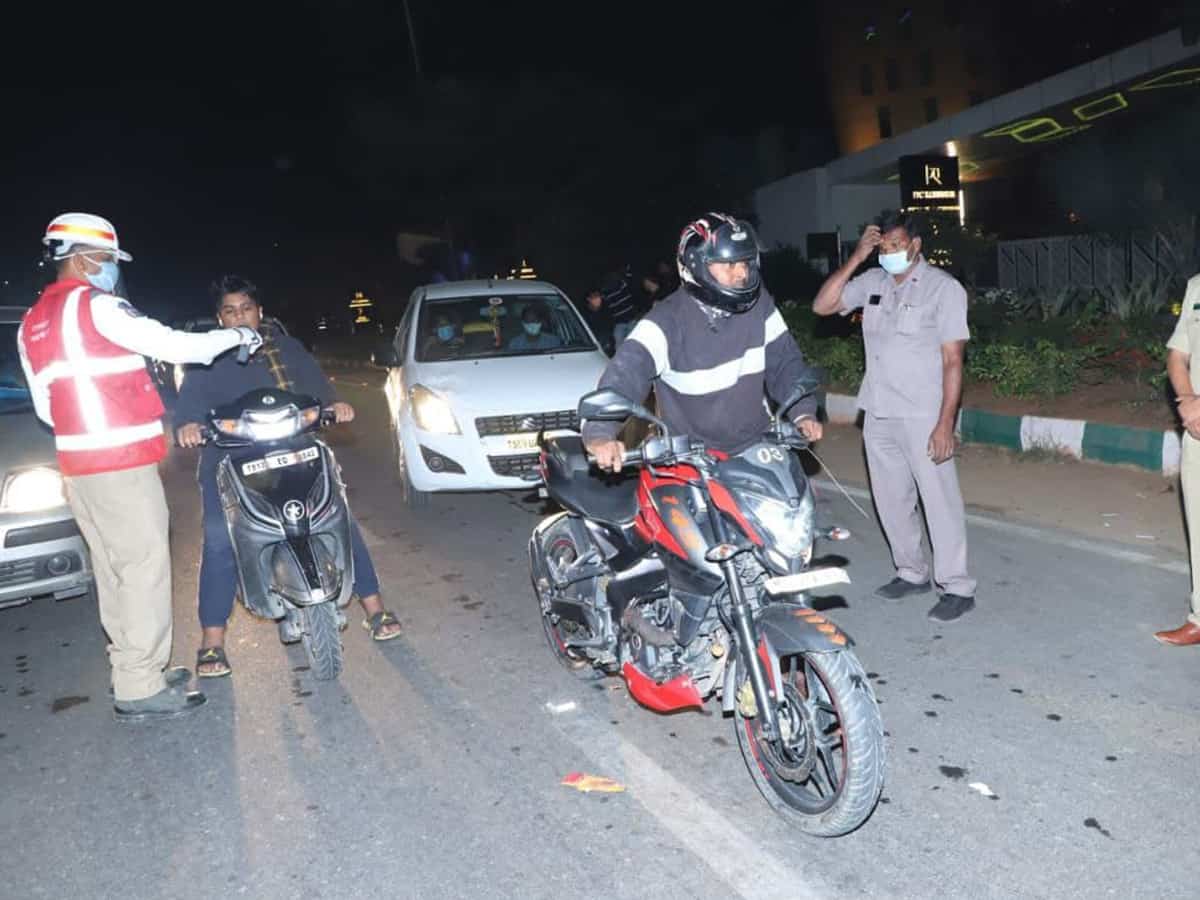 Hyderabad: As many as 11 motorists who were found driving under the influence of alcohol in Cyberabad police jurisdiction were sentenced to undergo imprisonment ranging from two to four days.

While three persons were sentenced to two days imprisonment, eight were awarded four days in jail.  A fine of rupees five thousand was also imposed on each of the offenders, who were caught at various locations.

In a drive against the drunken driving, the police have also filed chargesheets of 30 persons for drunk driving. Hearing these cases, a local court on Thursday cancelled the driving licenses of all of them.

The Cyberabad Traffic Police said it caught as many as 105 persons at locations include Miyapur, Kukatpally, RGI Airport, Rajendranagar and Shadnagar On Wednesday.