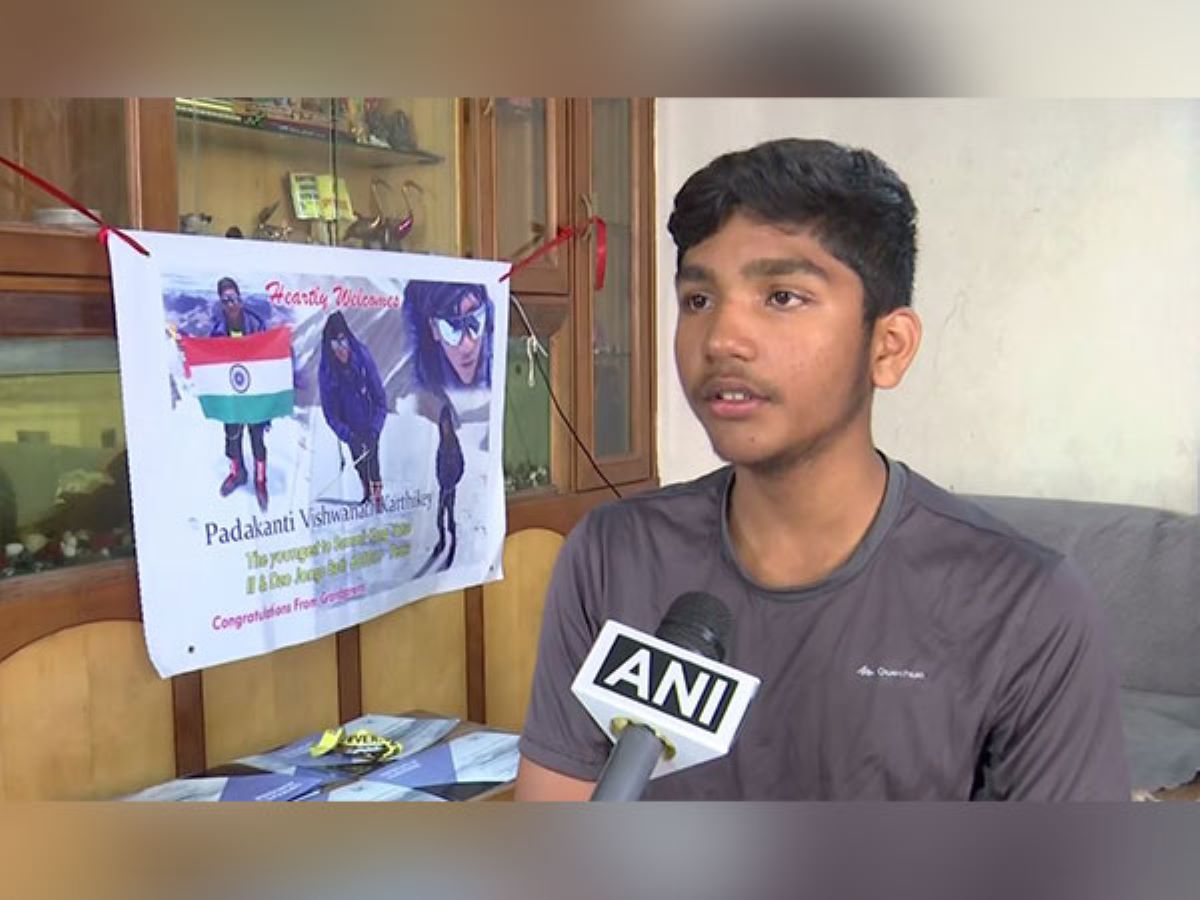 Vishwanath Karthikey, a student studying in Class IX, of a school in Hyderabad managed to achieve this feat.

“I started trekking to Kang Yatse and Dzo Jongo on 9th July and ended it on 22nd July. The journey from base camp to the summit, when we reached the crampon point was not so easy. It is because, at higher altitudes, the air pressure decreases. However, I did not give up and the first feeling was a memorable one. I remembered the hard work I had put in to achieve this feat and now it has come true,” he said to ANI.

He also highlighted that before this trek, he went through several failures in life. He couldn’t complete his trek on Mount Rudugaira near Gangotri and Mount Elbrus in Russia. But these unsuccessful attempts were just a blessing in disguise, he said.

Inspired by his sister who is also a fitness freak and enjoys treckking, he too developed an interest to go for treckking. “My first expedition was Mount Rudugaira, where I couldn’t even reach to the basecamp of the mountain. Later, I went to NIM (Nehru Institute of Mountaineering) for 10 days for training and I failed there also. Again, I got trained for climbing up Mount Elbrus and was unsuccessful. However, with constant practice and proper fitness training, I completed my trek to Everest Base Camp (EBC) in Nepal and Friendship peak in Manali,” the 13-year-old said.

The student thanked his mentors, Bharath and Romil for helping and guiding him to complete this trek.

“My coaches are Sai Teja, Chaitanya, Prashant trained me for attaining strength and cardio training, he said.

“My diet was prepared by my mother which was very nutritious and tasty. It included adequate fats, carbohydrates, vegetables, and vitamins. Now my present goal is to climb Mt. Everest and the ‘Seven summits’,” he said. He lastly said that his ambition is to join the armed forces.

Lakshmi, mother of Karthikey, said to ANI that she is very happy. “I was very scared to even cross the road but when my son reached such a height, I felt proud of him and my words cannot describe my emotions. We used to wake him up at 5 am and take him to the gym. He used to come back home after training and would go to school.”

“Now, I can see my brother is able to achieve his goals. His efforts are seen. He has grown as a person and matured a lot,” said Vaishnavi, Karthik’s sister.

According to Bharath, coach of Karthik, he said that he failed many times but now the situation has changed for the better.