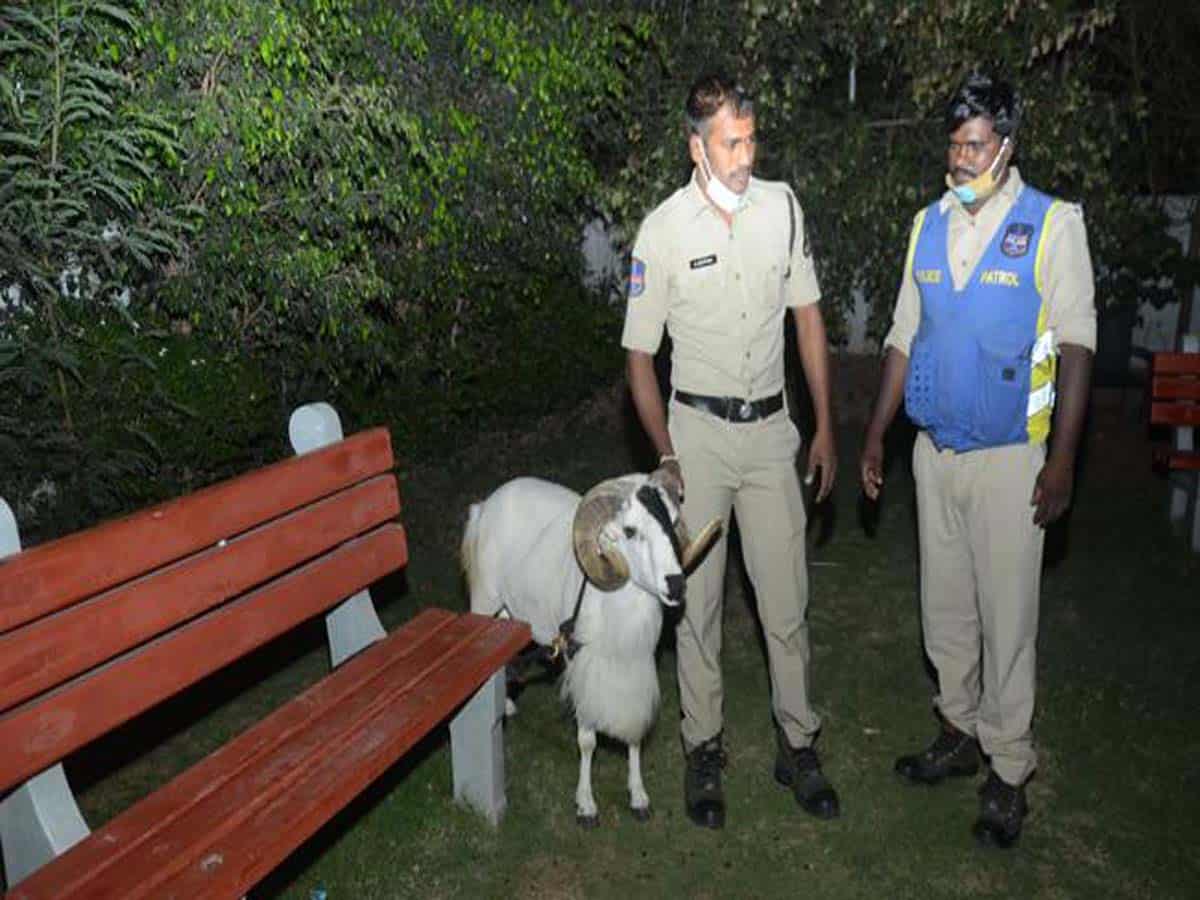 Hyderabad: One might have heard about the betting on cockfights in city, but now a days the Ram (Male Sheep) fights have become common in Hyderabad, forcing the police crackdown on the organisers.

In the recent case, the sleuths of Commissioner’s Task force have raided a place at Hakimpet in Banjara Hills and apprehended 15 organizers and also seized two male sheeps from their possession.

Though task force have seized Rams during the raid and handed it over to Banjara Hills police station but the cops were finding it tough to keep the seized animals in the station premises. In order to guard two sheeps, each police constable was deputed till they were handed over to the veterinary department.

A case has been registered against the Ram fight organisers and sixty thousand cash was seized.