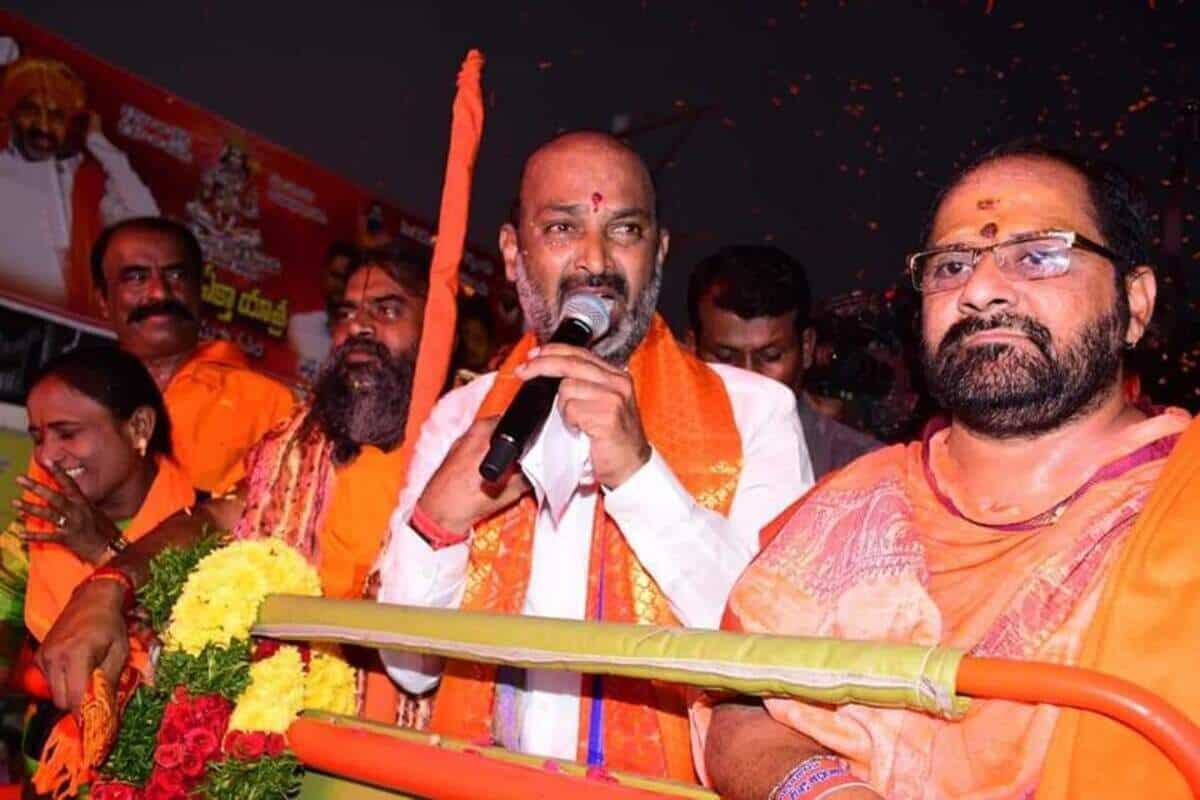 Hyderabad: All set to hold its national executive meetings in the city next month, the Bharatiya Janata Party’s (BJP) Telangana unit is looking to do whatever it takes to shake things up in the state for the 2023 elections. Even if that means getting MLAs to defect from the ruling Telangana Rashtra Samithi (TRS) before the polls, and to polarise society on religious lines.

Senior BJP leaders from Telangana, who accepted that as things stand the party does not have candidates in all 119 seats, however said that leaders from other parties are in touch with them, and that things will unfold closer to the election. More importantly, the social fabric in Telangana and Hyderabad, both of which have largely not seen communal clashes in the last eight years, might change slowly if the state gets polarised.

“Polarisation helps, even if we should not say it, that is how it is,” remarked a senior leader from the BJP. In the 2014 general and state elections, the same year when Telangana was created, the Bharatiya Janata Party (BJP) won only five assembly seats. In the following 2018 state polls, it won in just one constituency.

Both times, the Congress won 21 (in 2014) and 19 (in 2018) Assembly seats, while the TRS won 63 and 88 (12 Congress MLAs after the 2018 elections joined the ruling party). Chief minister K. Chandrasekha Rao (KCR), who spearheaded the statehood movement, is still the undisputed popular mass leader in Telangana.

However, the BJP is ready to do anything to take him down. With an ailing Congress, the saffron party’s leaders said that their chances of winning are much higher. One of the BJP’s leaders even hinted that it may prop up party MLA and ex-TRS minister Eatala Rajender as its main face, since he enjoys public support to a certain extent.

Moreover, given that the BJP does not have enough candidates for all 119 seats in Telangana, it is looking to take in disgruntled leaders from both the TRS and Congress.

“As of now, we have leaders or candidates in 24 Assembly seats. It was our mistake that Revanth Reddy (TPCC president) did not join us, and there is some hope in the Congress cadre now that he has taken over. But we are sure to do better this time in the upcoming elections,” said another BJP leader, who did not want to be named.

In south India, barring Karnataka, where the BJP has been winning elections, it has never been a major player in Telangana, Andhra Pradesh, Tamil Nadu and Kerala. However, party leaders are now looking to gain ground and create a solid base in this part of the country by capturing Telangana, which is ripe for the taking given that the TRS may face some anti-incumbency going forward.

The fact that the BJP’s national executive meeting is being held in Hyderabad alone is proof enough that the state is in focus for its south India plans. TRS leaders, when contacted, said that the BJP is still too far away from posing a challenge. “They may win seats in the GHMC or Hyderabad areas, but even now in the districts it has no cadre,” said a leader from the ruling party who did not want to be quoted.

It is to be seen how the national executive meetings will energise the BJP, and its cadre. Its current president and Lok Sabha MP from Karimnagar Bandi Sanjay is known for his incendiary speeches, which often target minorities.

“Maybe a few people with charisma will lose. BJP is yet to get traction. THey surely are doing well, and the party is not what it was four years ago, but it still nowhere close to winning an absolute majority. They realise if there is one state after Karnataka in south India for the BJP to enter the south, it is Telangana. The party can play an anti-Christian card in Andhra and Tamil Nadu. As of now,dilli abhi dur hai,” said political analyst Palwai Raghavendra Reddy.