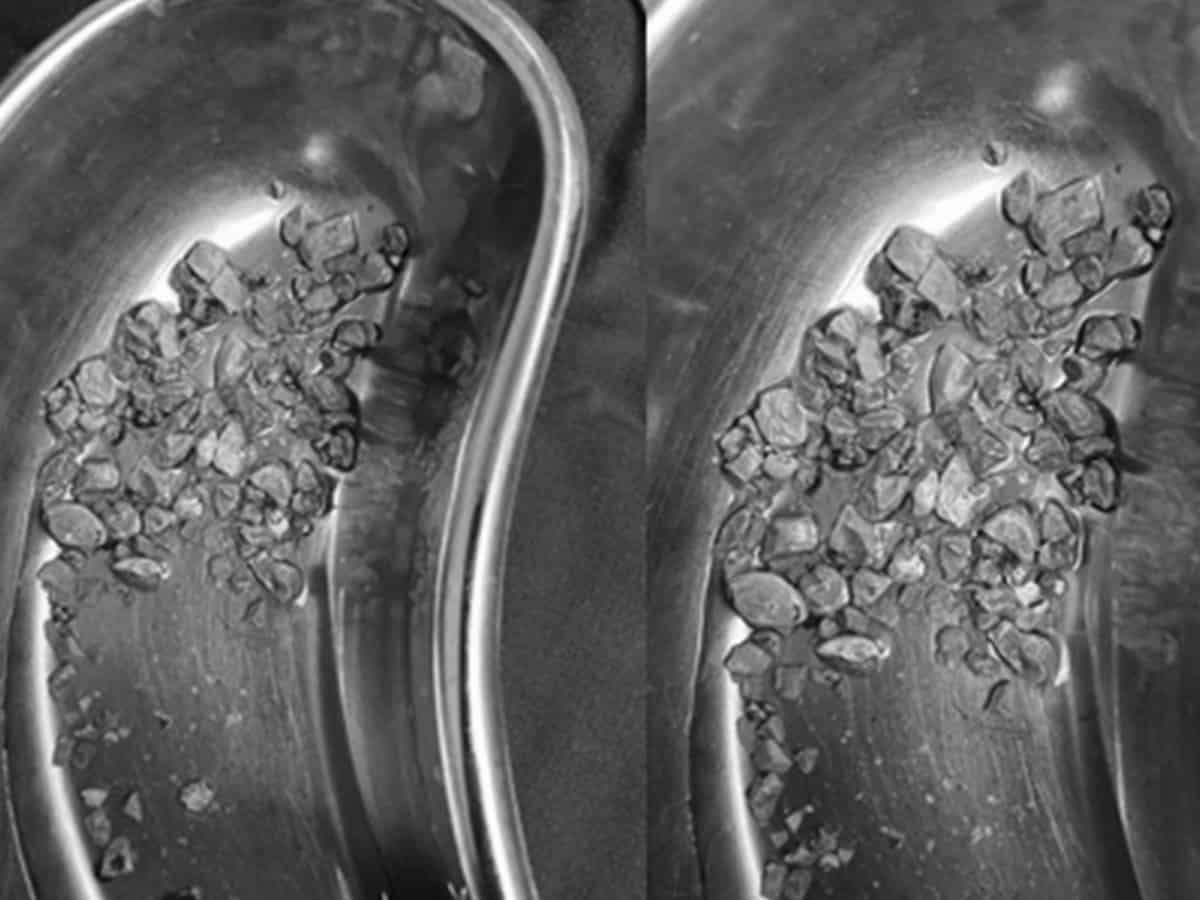 Hyderabad: In a rare case, as many as 206 kidney stones were removed from a patient at Aware Gleneagles Global Hospital in Hyderabad.

These stones caused the 56-year-old patient to suffer from severe pain in the left loin for over six months, which got aggravated due to rising temperatures in summer.

Veeramalla Ramalakshmaiah, a resident of Nalgonda, had approached doctors at Aware Gleneagles Global Hospital on April 22. He was under certain medication suggested by a local health practitioner that only provided short-term relief. But the pain continued to impact his daily routine and he was unable to perform his tasks efficiently.

“The patient was counselled and prepped for a keyhole surgery that lasted an hour, during which all calculi were removed – 206 in number. Post the procedure, the patient recovered well, and was discharged from the hospital on the second day,” he said.

With extremely high temperatures in summers, many people suffer from dehydration. This could result in formation of stones in the kidneys. As a word of caution, doctors recommend people to consume more water, and if possible coconut water, to stay hydrated. It is also important that people avoid or reduce travelling in hot sun and not consume soda-based drinks which add to dehydration.