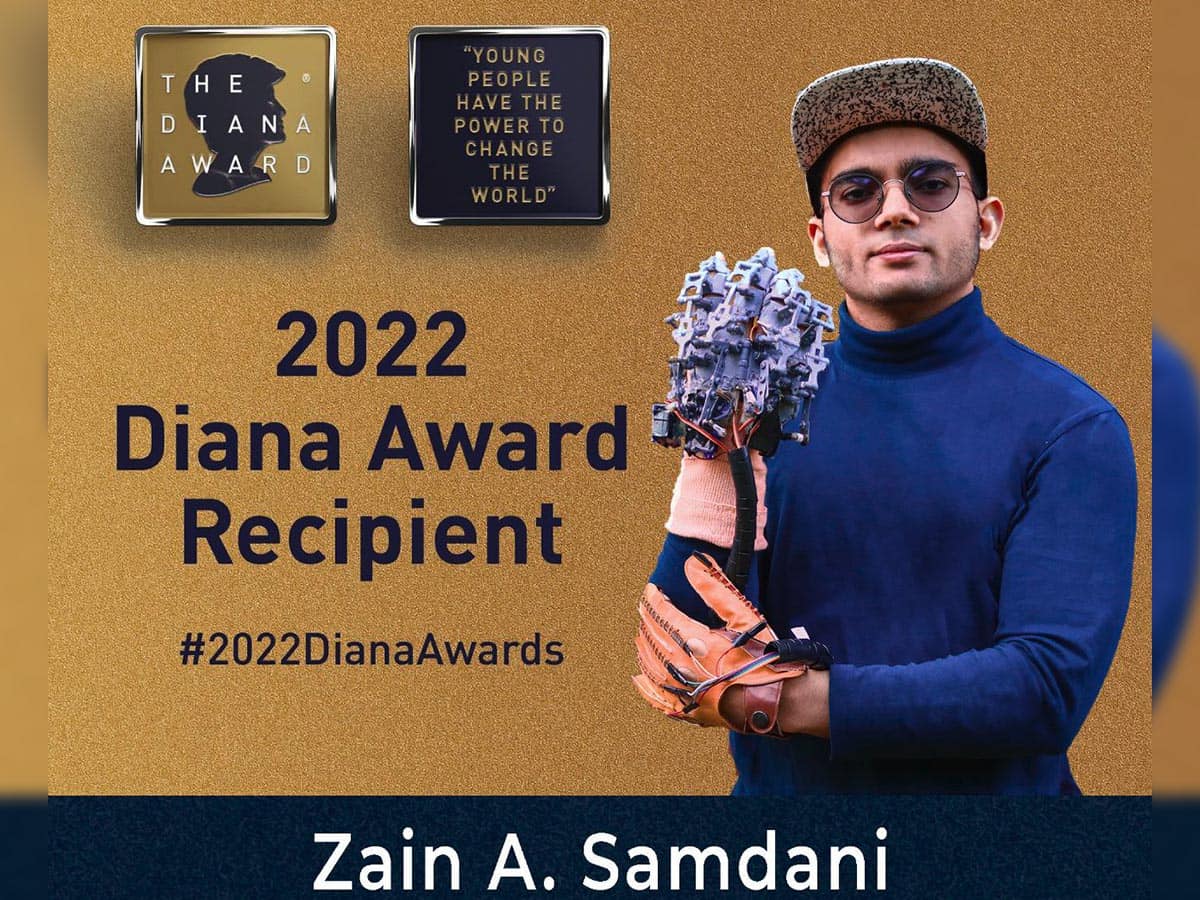 Hyderabad: A 22-year-old Hyderabadi boy Zain Ahmed Samdani has been recognised with the prestigious Diana Award 2022 for going above and beyond in his daily life to create and sustain positive change.

The award was established in 1999 after the name of the late Princess of Wales, Diana. It is one of the most prestigious awards a youngster can receive for their humanitarian work.

The Diana Award honours those aged between nine to 25 working for the betterment of the community in any way.

Zain Ahmed Samdani received the award for his work ExoHeal, a modular exoskeletal hand rehabilitation device that utilizes neuroplasticity and Azure technology to help patients with neurological damage recover faster, at a fraction of the price of other options.

The idea for ExoHeal came in 2015, during a family vacation when Zain met his distant maternal uncle for the first time. Zain was shocked to see him partially paralysed due to a stroke; he could barely respond and was unable to even lift a spoon. Since then, Zain has strived to make robotics rehabilitation more affordable and accessible for paralysed patients.

He started his initiative, ExoHeal at the age of 16 and has since helped more than 50 patients have faster rehabilitation and has enabled over 100 patients to feel empowered. In addition, Zain is an avid advocate for mental health, now developing a platform to eliminate loneliness.

It is worth noting that although Zain is still a student, he has been deeply involved in robotics research and development for many years. On the other hand, the rest of the team members are still in the early stages of their careers in the interest of the industry. He’s now studying robotics and Intelligent systems at Jacobs University, Germany.

Upon achieving another milestone Zain told Siasat.com, “It’s such an honour to carry this prestigious award in memory of Princess Diana. I know it will inspire me to do even more.”

Earlier in May, V-Bionic, led by Zain has been honoured with Microsoft’s 2022 Imagine Cup World Championship.