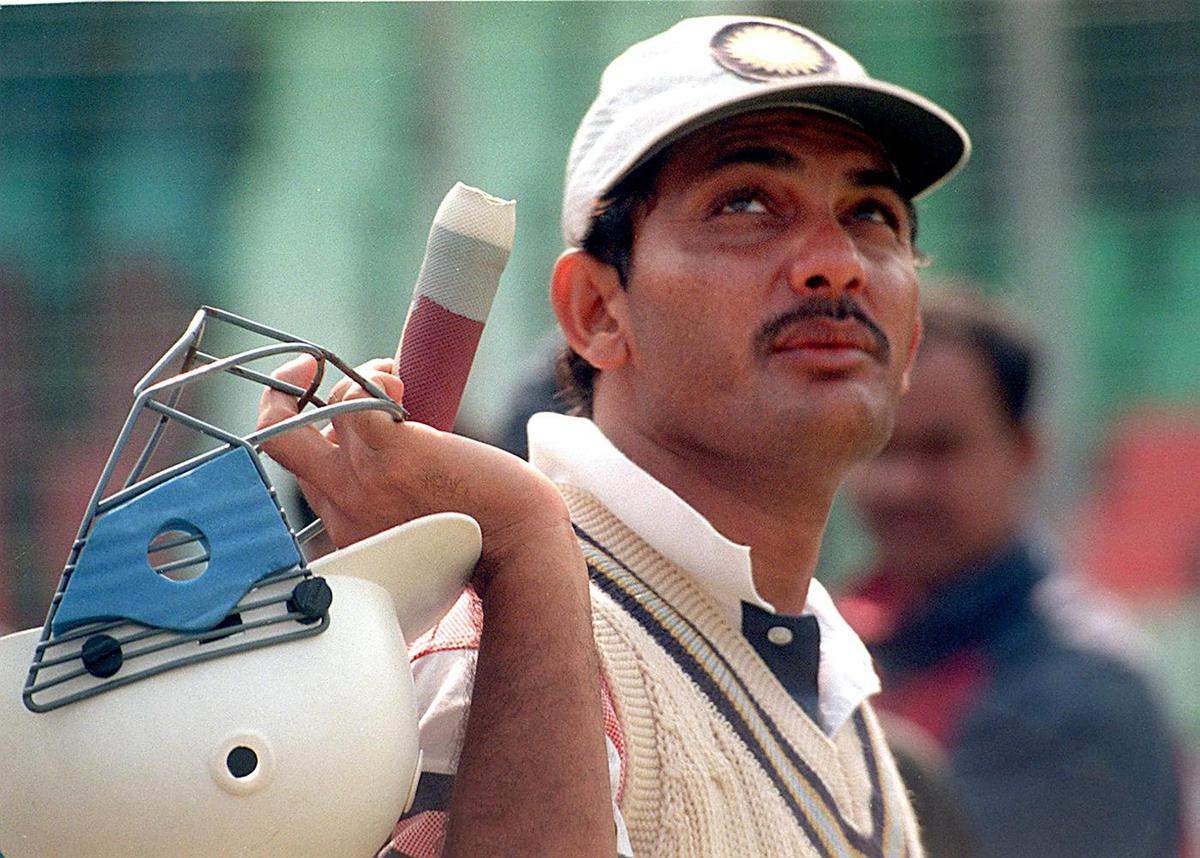 Hyderabad: Today marks an important day in the cricket career of Hyderabad’s batting maestro Mohammed Azharuddin. It was on this day in 1996, that he became the first Indian batsman to reach 6000 runs in ODI cricket. In 99 Test matches and 334 ODI matches, Azhar compiled more than 12,000 runs with a flair and aplomb that has been rarely seen. The superb start to his Test career when he breezed through three centuries in three matches, underlined his potential at the very beginning of his epochal journey in international cricket.

Nobody who saw him at his best can forget those wristy flicks that sent the ball flying through mid wicket off the world’s fastest bowlers. Also remarkable was his quicksilver reflexes in close catching positions. Even a mundane act of returning the ball to the wicket keeper, was done with a style which bore his personal stamp. He could just flick the ball back to the keeper underarm and top class batsmen were uneasy when Azhar was lurking close by.

He crossed 6000 runs in ODIs when he scored 88 runs for India against Pakistan in the Sahara Cup cricket tournament in Toronto. The match ended in a thrilling finish as Pakistan snatched a victory by 2 wickets with one ball remaining.

The tournament which was also known as the Sahara Friendship Cup, was an ODI series which took place between 14th to 23rd September, 1996. The tournament was held in Canada, which was seen as neutral territory for India and Pakistan to play against each other. The tournament was won by Pakistan by three matches to two. Pakistan was led by Wasim Akram, one of the legendary bowlers of the game, while India was led by an equally famous cricket legend namely Sachin Tendulkar.

Azharuddin reached this landmark in the second ODI of the series which took place on 17th September. India won the toss and skipper Sachin Tendulkar decided to bat first. Sachin and Nayan Mongia opened the innings but both were dismissed for modest scores (20 and 18 respectively). Thereafter came a fruitful stand between Azharuddin and Rahul Dravid which yielded 161 runs. It was during this stand that Azhar reached the landmark of 6000 runs.

The Indian ace scored 88 (99 balls, nine 4s) before he was caught by Azhar Mehmood off the bowling of Mushtaq Ahmed. India scored 264 for six in 50 overs and in reply Pakistan scored 266 for 8 in 49.5 overs to win a close contest.

Incidentally, the stand between Dravid and Azhar was then the highest third wicket partnership for India in ODIs. The previous record stood in the names of Navjot Sidhu and Mohinder Amarnath (158 runs) against New Zealand in 1987-88. Azhar went on to score a total of 9378 runs in his ODI cricket career. Since then he has been surpassed by Dhoni, Dravid, Ganguly, Kohli and Tendulkar but when he reached 6000, it was his record breaking day.

In the course of his life, Azharuddin has seen many ups and downs. All cricket followers are aware of his virtues as well as his vices. During the course of his long and chequered cricket career, he has acquired numerous fans and an equal number of critics. But what his most vehement critics cannot deny is that as a batsman he had an extraordinary and breathtaking talent. Such was his skill that the records seemed eager to fall at his feet.

Azharuddin became the captain of the Indian team succeeding K Srikkanth in 1989. He led the Indian team in 47 Test matches and 174 One Day Internationals. He captained the team to victory in 90 ODIs, which was the highest until surpassed by M S Dhoni in 2014. Azhar’s 14 Test match wins as captain was a record until it was broken by Sourav Ganguly.

At a later stage of his career, the sparkle of Indian cricket’s golden boy was diminished by clouds of match fixing allegations which besmirched his reputation and brought his career to an abrupt end. But for today we must keep aside those factors and celebrate the achievement of one of Hyderabad’s most precocious players. His journey from the playing grounds of All Saints High School and Nizam College to the famous arenas of international cricket raised Hyderabad’s stature in the cricket world and for that we have to give him the recognition which he deserves.