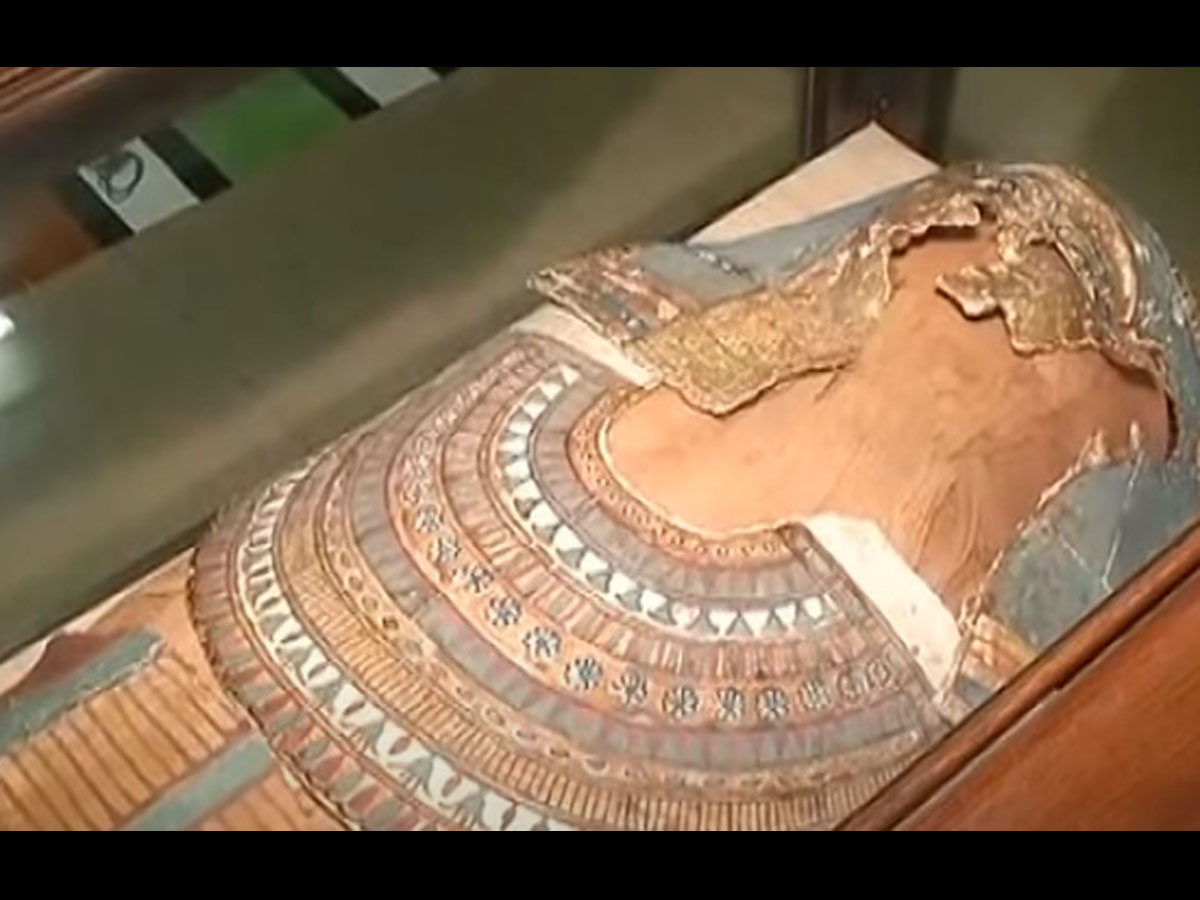 Hyderabad: A 2500-year-old Egyptian mummy of Prince Naishu, daughter of the sixth Pharoah of Egypt that lies in Telangana State Museum has been restored.

Based on the suggestions of the experts, the mummy which is 1.40 meter tall has been shifted into a glass chamber. The chamber was imported from Germany.

The nitrogen supplier connected to the chamber not only supplies nitrogen but also removes oxygen from it.

The experts believe that there will be no decay threat to the mummy for the next 2-3 decades.

How mummy of prince Naishu ended up in Hyderabad?

In 1920, Nawab Nazeer Nawaz Jung who is also known as Viqar-ul-Umrah Paigah, son-in-law of sixth Nizam Mir Mahboob Ali Khan had brought the mummy for 1000 pounds in an auction.

It was kept in the Chiran Fort in Begumpet before it was gifted to the seventh Nizam of Hyderabad in 1930 who in turn shifted it to the Nizam State Museum which is presently known as Telangana State Museum.

In August 2009, the government of erstwhile Andhra Pradesh had made an attempt to restore it. However, due to sudden demise of the then Chief Minister YS Rajasekhara Reddy, the project left unfinished.

It may be mentioned that the mummy of Prince Naishu is one of the six Egyptian mummies in India. It is the only one in south India.