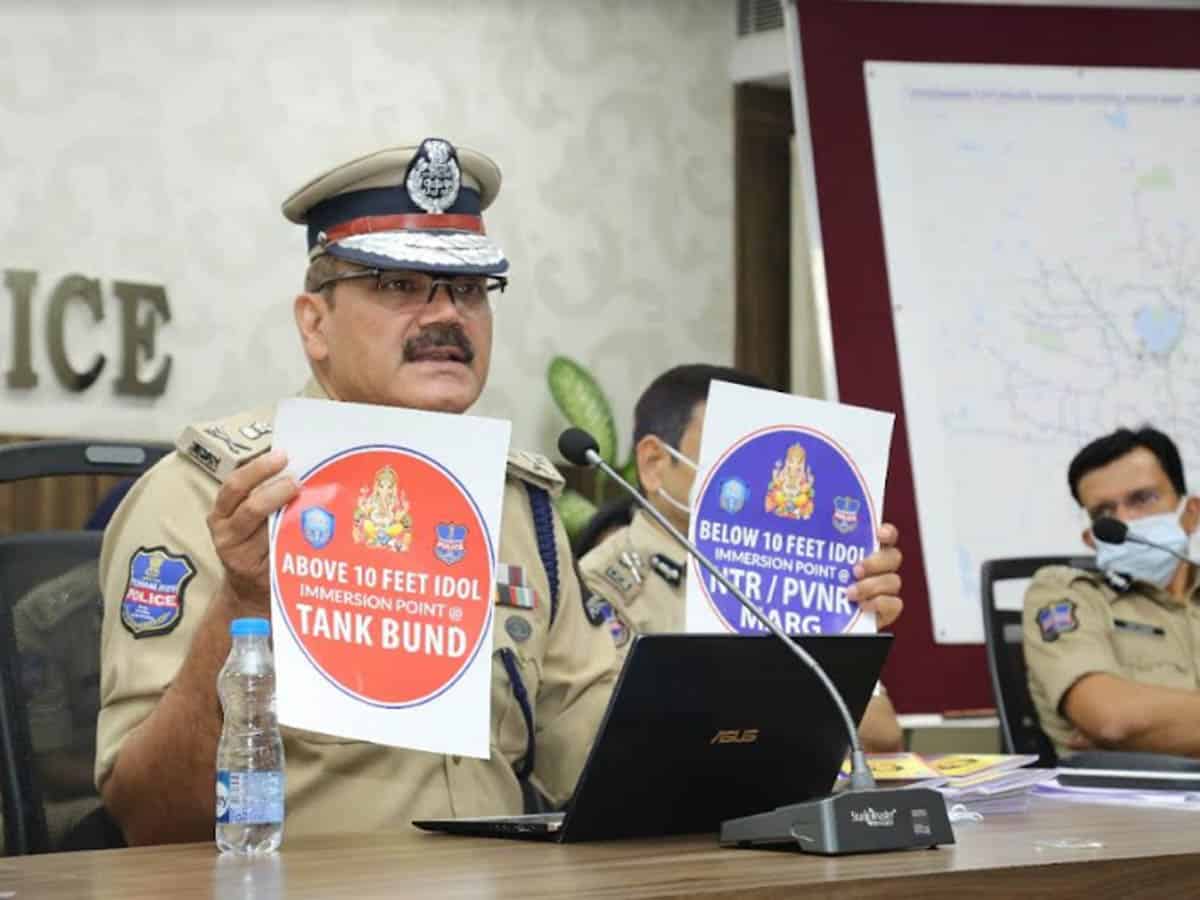 Hyderabad: Police Commissioner on Saturday informed that as many as 27000 police personnel would man the security arrangements during the immersion program. He said that they had beefed up the Surveillance with the help of rapid action force, grey hounds and octopus staff. Kumar said that a high level of surveillance was being done in al the most sensitive areas of the city.

The Ganesh idol Immersion program scheduled to be held today would also be held on PV Marg for the first time this year. This was revealed by the City Police Commissioner Anjani Kumar while addressing media persons in the city.

He said that the immersion program was not held in the city last year due to the spread of Covid 19 virus. He said that they had handed over 2.5 lakh idols to devotees on behalf of GHMC and added that most of the devotees have decided to immerse the idols in their homes this year.

He said that expert police officers had been appointed as the incharge officers of the most sensitive areas. He said that the immersion process would be carried out with the help of geo-tagging.

He said that a total of 8175 devotees had registered their names with the police department to install the Ganesh pandals .

He said that a total of 55 static cranes had been put up to carry out the immersion process. He that wine shops will remain closed from 6 am on Sunday till 6 pm Monday. would be opened on Sunday.

Commenting on the Shoba Yatra of Khairatabad Ganesh , he said that the Shoba Yatra would be continued for 2.5 km long distance and added that the idol would be immersed at crane number 4.
He urged the people to lodge any complaint with them by calling on 9490598985 and
040-27852482 phone numbers.