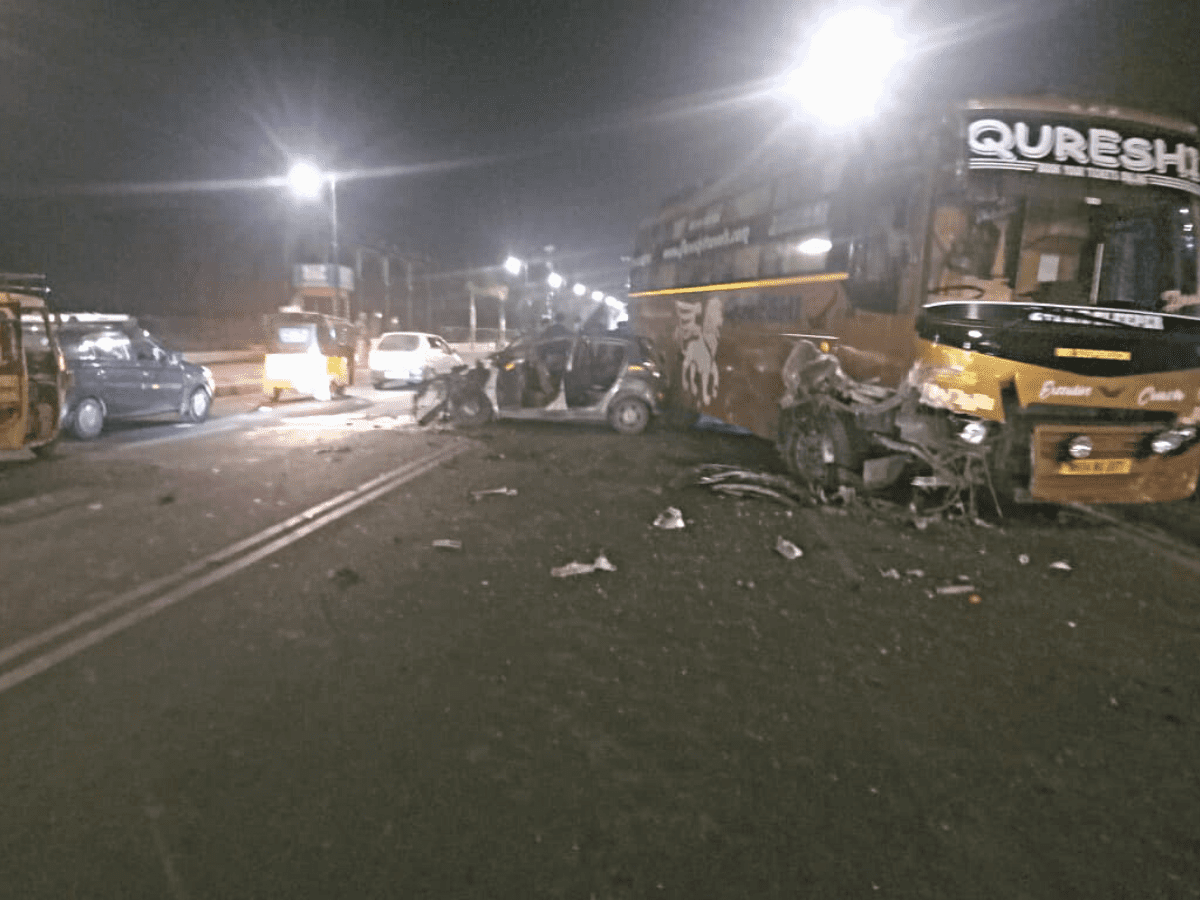 Hyderabad: A three-year-old, was killed in a road accident on Tank Bund on Wednesday, in a collision between a taxi and a private bus, while the parents of the toddler have been seriously injured.

The family, from Raidurgam, was reportedly on their way to Secunderabad Railway station when the accident took place.

On Wednesday at 4:30 am, the taxi driver attempted to overtake another vehicle in his lane, on the Tank Bund stretch and collided with the bus coming from the opposite direction. Due to the impact of the collision, the child sustained serious head injuries and died on the spot.

The police rushed to the spot and the injured persons were shifted to Yashoda hospital. A case has been registered and an investigation is being carried out into the incident.