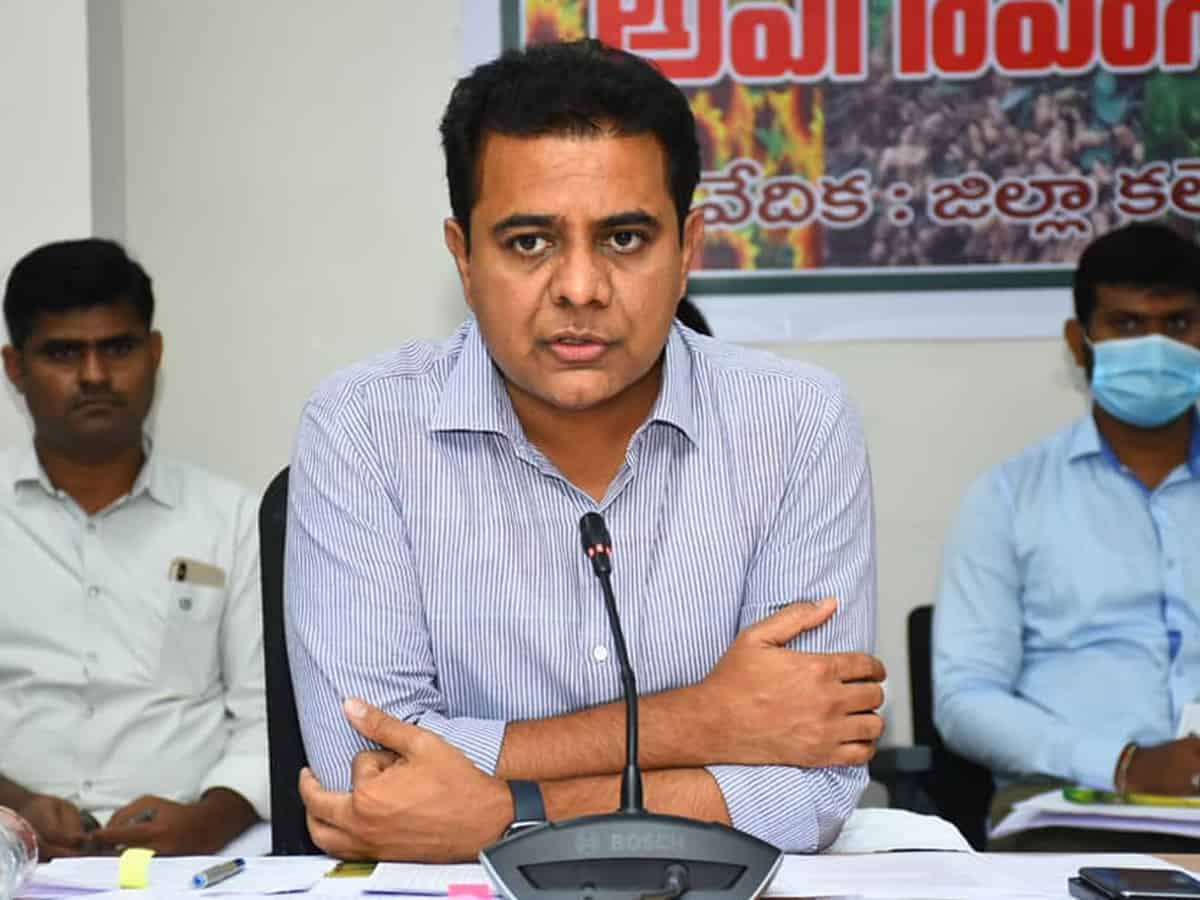 Hyderabad: Telangana IT minister K. T. Rama Rao (KTR) on Thursday said that more than 24 percent of $32 billion worth of investments that Telangana attracted in the last seven years have come from the existing investors.

“In the pursuit of new investors, states often overlook the existing investors. And that’s where Telangana does best. Because we know that when you take care of existing investors, they become your biggest brand ambassadors,” said KTR, while participating virtually as the chief guest in the Public Affairs Forum of India’s (PAFI) 8th national forum. He further added that when institutions outlive individuals and perceptions, it brings in predictability, comfort and policy continuity.

Furthermore, to facilitate investments, KTR said that the state government has appointed young professionals who guide the investors with the policies and infrastructure in a very professional manner. “These young professionals work under the banner ‘Invest Telangana’ which was set up immediately after the formation of Telangana State, seven years ago,” said KTR.

Talking about the state’s TSiPASS system for approvals for new industries, KTR said, “We (Telangana) are the most progressive State in the country. Our policy allows for self-certification and also promises 15-day clearances by statute. And if we don’t deliver under the 15-day window, on the 16th day, it’s deemed approved.” Telangana has a large land bank of about 200 thousand acres of industrial land available with the TSIIC, he added.

He stated that there is uninterrupted high quality power in the State, and Telangana is also the second largest renewable energy producer in the country.

The minister highlighted the Telangana Academy for Skill and Knowledge (TASK) and stated that the government would train people at its own cost, transforming them into quality human resources which also provides major employment opportunities to the locals. “The Telangana government is also offering additional incentives to the industries which recruit local people,” he said.

KTR said that the state government has been giving top priority to sectors including IT, electronics, life sciences including pharmaceutical, biotech, and medical devices, defense and aerospace, food processing, textiles, automotive including EV, plastics and chemicals, gems and jewellery, retail, and logistics.

Moreover, the politician during the session, also said “Telangana is welcoming investments of many kinds and we believe that as a State we have been setting new benchmarks in policy making and ensuring that the industry receives the much needed support. Telangana has ensured that wealth creators, entrepreneurs and employment generators from the private sector feel respected and feel at home and are treated as partners and not necessarily as investors.”