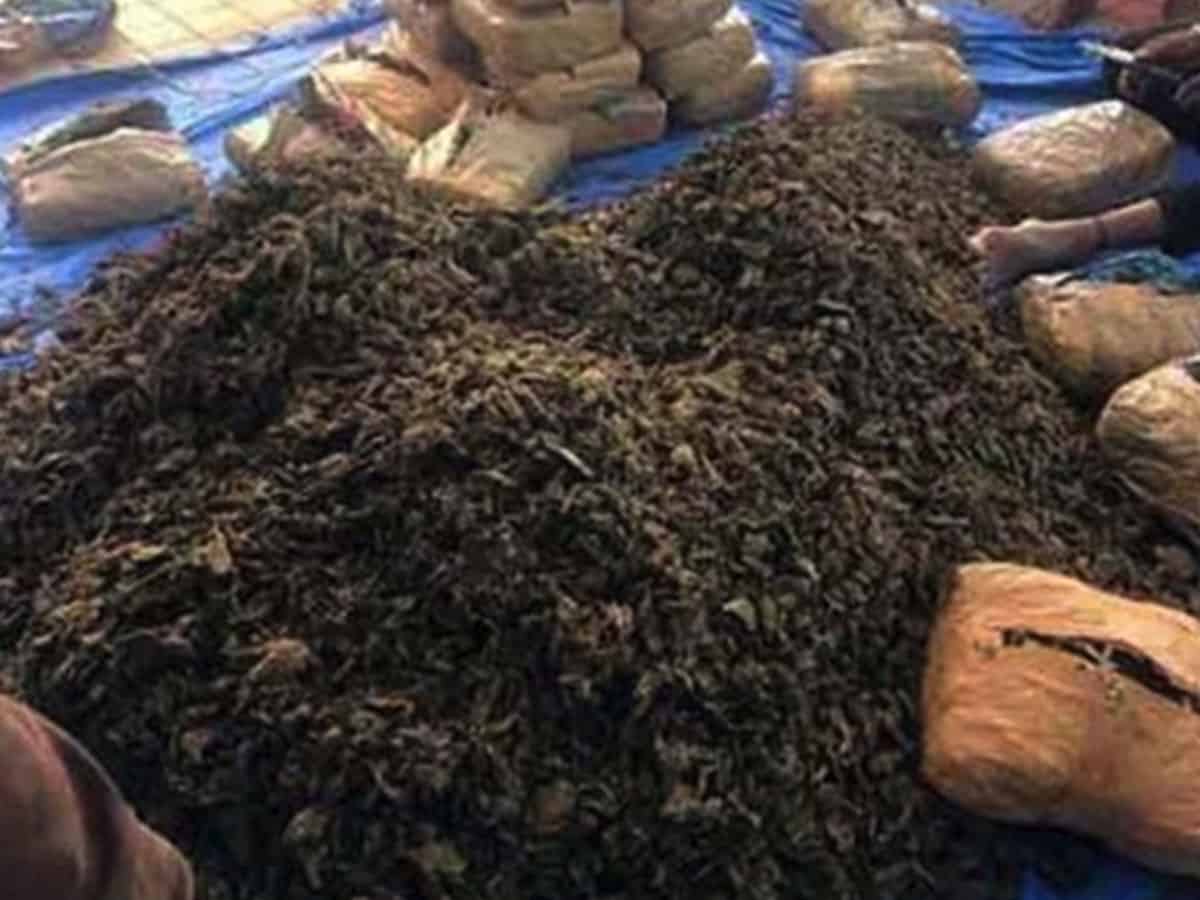 Hyderabad: A consignment of 3,400 kg of high grade ganja, arranged for by the kingpin in Maharashtra for multiple syndicates, was seized from a truck near here and three persons arrested in this connection, the Narcotics Control Bureau said on Sunday.

Based on specific intelligence, a joint team of NCB Bengaluru and Hyderabad seized a truck with Maharashtra registration plates near a toll booth on Hyderabad ring road on Saturday and found the narcotic concealed into the truck, the NCB said in a release.

he ganja was packed in 141 gunny bags kept under tarpaulin sheets and further covered by huge quantities of nursery saplings, it said, adding three persons from Latur district of Maharashtra were arrested in connection with the seizure.

This consignment was operated by the kingpin in Maharashtra, who arranged it for multiple separate syndicates involved in drug trafficking in Pune district , Mumbai, Thane and other states, Amit Ghawate, NCB, Zonal Director, Bengaluru Zone said in the release.

These syndicates further peddle the contraband in various colleges, parties and individuals through their elaborate ground network, the release said. The source of contraband is AOB (Andhra Odisha border) area, it said.