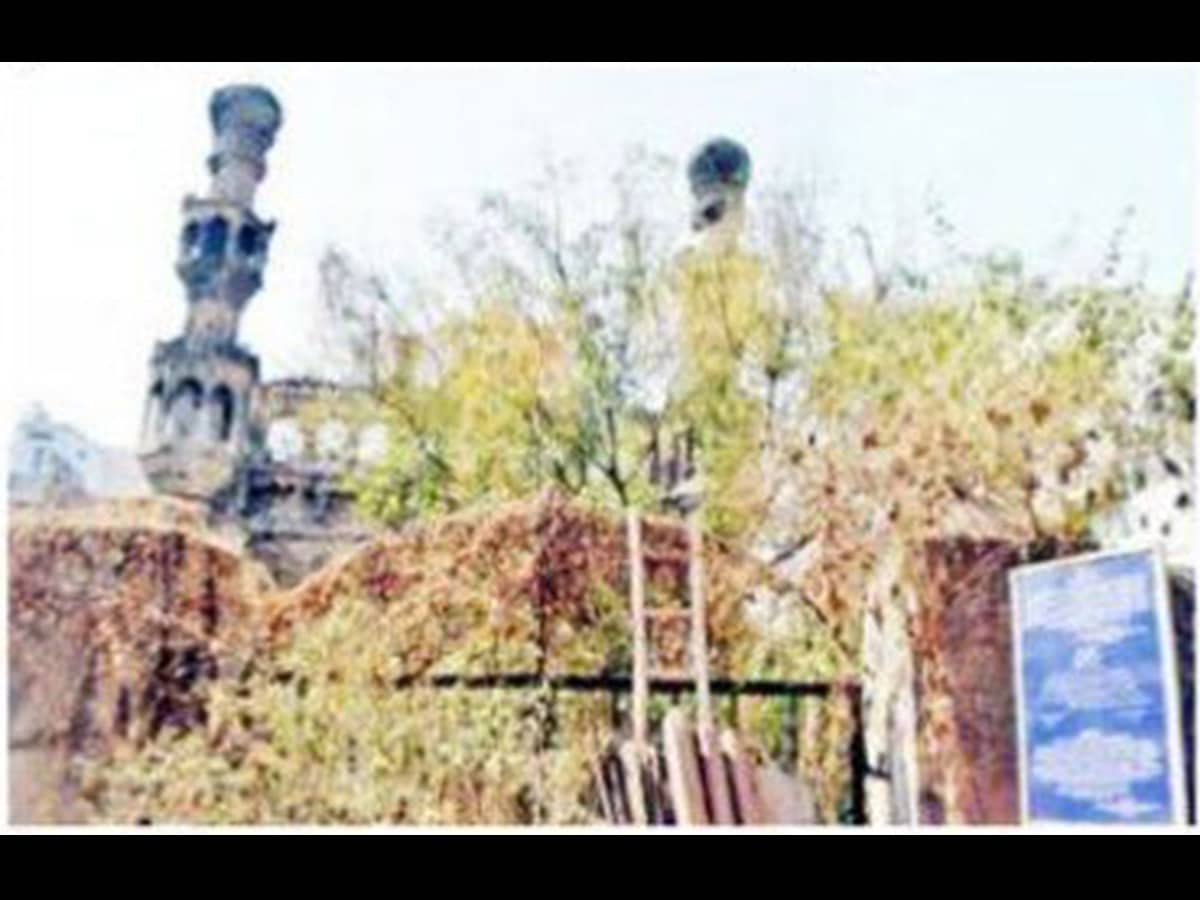 Hyderabad: A 400-year-old historical Qutub Shahi mosque in Shaikhpet is in an extremely dilapidated condition and is in an urgent need of restoration. It’s rusted iron signboard put up by the Archeology and Museums Department is fully covered by the dry leaves and creeping plants sprouting out of the cracked boundary walls of the mosque. The signboard is indicative of this ancient mosque’s neglect and abandonment which is fully covered by the overgrown plants and bushes.

Hundreds of people were, once, praying in this mosque which is now in a decrepit condition – a far cry of its former glory – due to the human neglect.

Even though this Qutub Shahi era mosque is declared a protected monument under Andhra Pradesh Ancient and Historical Monument Act, the residential encroachment is seen all around it.

This mosque has two minarets which are in a dilapidated condition. Natural plants are sprouted all around from its cracks. There is a rusted iron gate to enter into this mosque front of which has turned into a garbage dumping ground.

The local people are unable to tell anything about the year of its construction. But they told that the condition of the mosque deteriorated during the last rainy season. According to the historian, this mosque seems to be similar to “Toli Masjid” in Karwan Hyderabad.

The irony is that the Archeological Department’s signboard declares this mosque to be a “protected monument” and in a “fair” condition. An AD official told that a notice has been sent a few years back to the Wakf Board for its repairing and renovation but the Board had not given any reply so far.