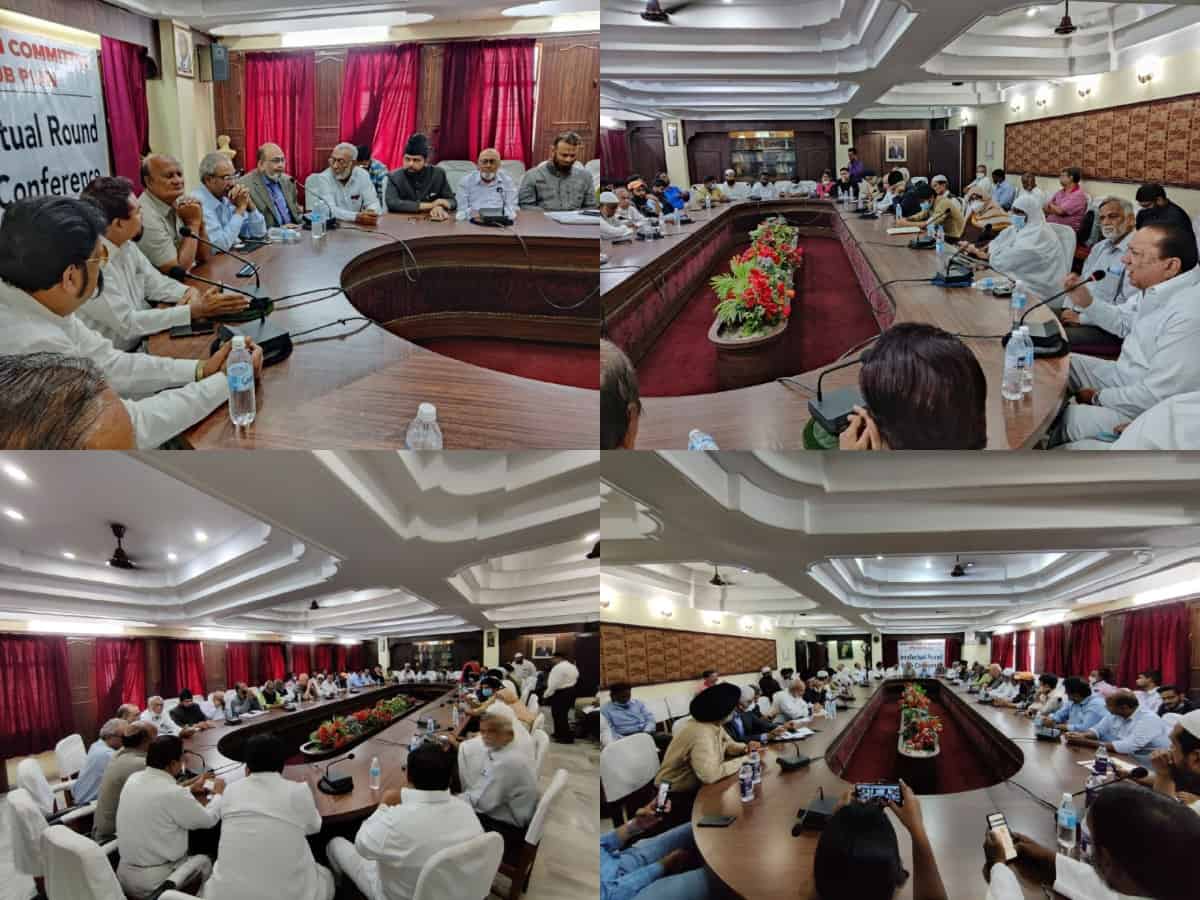 Hyderabad: Hailing the decision of the Andhra Pradesh (AP) government to implement a sub-plan for minorities, about 50 minority organizations and public intellectuals on Saturday attended a meeting at Madina Education Center, Nampally.

The aim of the meeting was to demand a similar sub-plan for minorities in Telangana.

About a week ago, the AP cabinet headed by chief minister Y.S Jaganmohan Reddy cleared a sub-plan for minorities according to which the government would allocate the special funds in the state budget to designated communities for their exclusive welfare and development.

Khalida Parveen from Jamaat Islami Hind (JIH) added that the organizations have to move forward with a vision and said “along with a pressure group, we also need a monitoring group.”

“Intellectuals have to take the discourse out of their living rooms and take it all the way to mandals and bazaars,” Maulana Abdul Aziz representing Movement for Peace and Justice (MPJ) added. He further said that in a democracy, protests are the biggest weapon.

Mohammed Muneeruddin Mujahid told Siasat.com in a telephonic conversation that as they initiate this movement, they want to clarify that they don’t have any political affiliations or aspirations. “This is being done solely for the economically backward section amongst the minorities, we all also talk to Christian, Sikh, and other minorities community leaders,” he added.

Furthermore, he said that the Joint Action Committee after being formed will meet the chief minister of Telangana, K. Chandrashekar Rao, and remind him of the promises he made to minorities before the formation of Telangana.

At the conclusion of the meeting, the JAC passed a resolution demanding the immediate implementation of the sub-plan for minorities.

Another resolution was passed demanding an ‘unconditional release’ of Maulana Kaleemuddin Siddiqui and Umar Gautam.