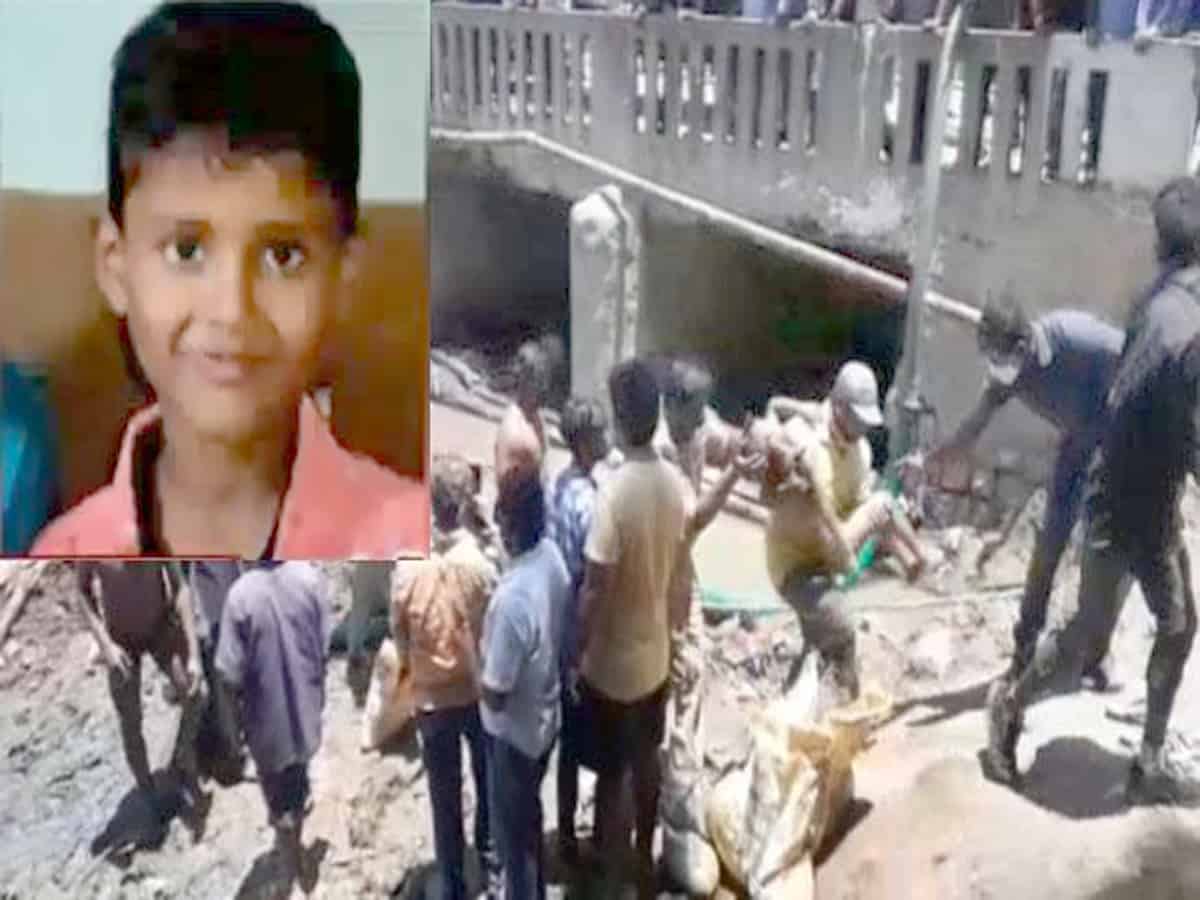 Hyderabad: A seven year old boy on Saturday met watery grave after falling into a storm water drain (Nala) in the city. The incident took place at Chinna Tokatta Nala in Bowenpally of Secunderabad. The boy fell into the Nala accidentally while playing in front of his house. The locals informed about the incident to the police.

The police reached the spot and tried to locate the dead body of the boy with the help of GHMC disaster response team. However they could not succeed even after three hours. But later they could locate the dead body of the boy in the same Area where he fell off the ground. The locals have alleged that the tragic incident took place due to the non fencing of the nala by the authorities concerned.

A girl by name Sumedha was killed in a similar manner in the city last year. The mother of Sumedha filed a criminal case against state municipal minister KTR by alleging that the minister was responsible for the death of her daughter. The victim has been identified as Anand Sai.

Meanwhile, BJLP leader Raja Singh expressed his shock over the death of the young boy. He said that the state government was responsible for the death of the boy. He wondered as to how he authorities took up the construction of 20 feet deep drains infront of houses without taking Any protective measures.