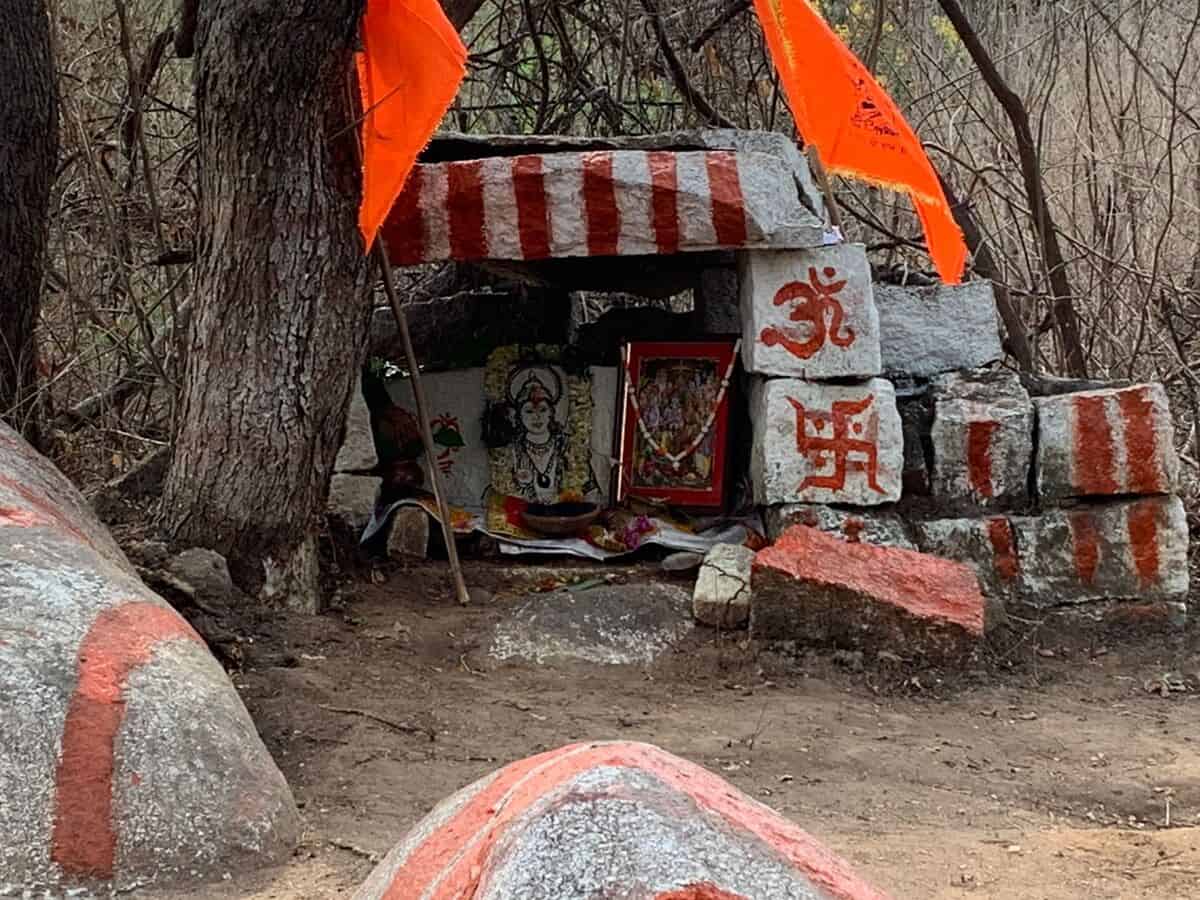 Hyderabad: A Ram temple was purportedly built beneath a stone edifice at the University of Hyderabad (UoH) campus on Sunday on the occasion of Ram Navami, causing anxiety among select students.

A group of students from the Akhil Bharatiya Vidyarthi Parishad (ABVP) and other right-wing groups allegedly painted a rock structure in saffron paint, and placed a photograph of Lord Ram on it. Saffron flags were then hoisted, and rituals were performed.

Gopi Swami, convenor of the Ambedkar Students Association (ASA) and general secretary of the UoH students’ union while speaking to Siasat.com said, “A group of 25 to 30 people wearing saffron shawls showed up near the hostel. They then painted a rock structure saffron while Ram Navami festivities were going on the campus. There was no religious structure in this place before.”

“We usually celebrate all festivals on the campus, be it Christmas or Eid, there is no animosity between the students. This is being done by Akhil Bharatiya Vidyarthi Parishad (ABVP) to provoke the students and sentiments of the people.” he added.

Adding to the conversation, Abhishek Nandan, president of the UoH students’ union said, “ABVP doesn’t get involved in critical thinking. While it should be talking about National Education Policy 2020 (NEP 2020), and other issues affecting the students, it is painting rocks and creating unnecessary communal tensions.”

“If students get involved, ABVP will make it a religious issue. ABVP wanted us to be provoked, but we chose to report the incident to the management instead. They are discussing the matter, and said that they would get back to us soon.”

The university spokesperson Professor Kanchan K Malik said, “It is a temporary makeshift installation as per our information. University authorities have asked the concerned students to remove them. Some old structures are already there on campus and these spots are used for worship by people of different faiths. No structure is converted into a mandir, church or mosque inside the campus.”