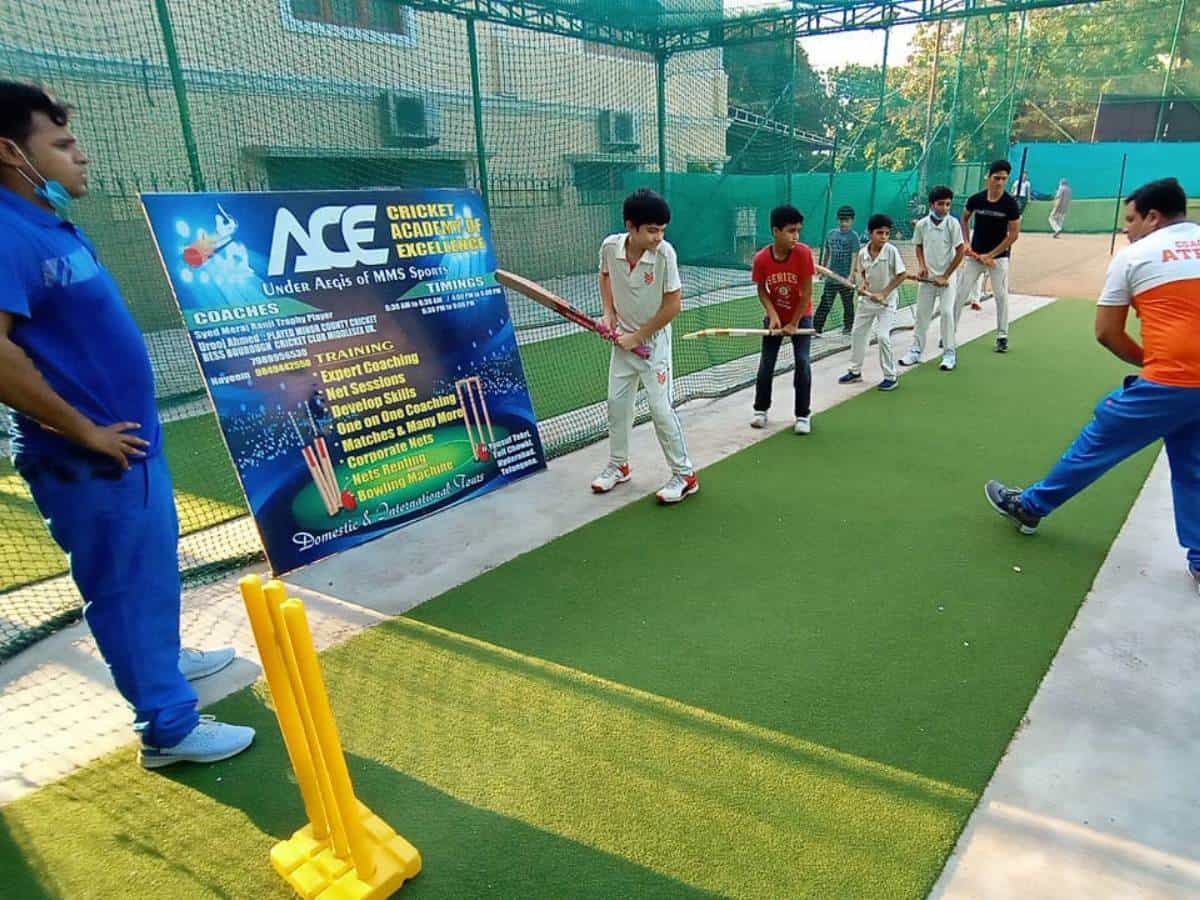 Hyderabad: In a quaint corner in Yousuf Tekri Colony, off the bustling Toli Chowki, one can hear soft knock and hard thuds. Take a closer look and one will find young students, in the nets, wearing leg pads, helmets and gloves, cracking the seamed, red cricket ball for a straight drive even as the young bowlers follow through on their action.

This is the ACE – Academy of Cricket Excellence, where young boys enter to emerge as talented batsmen, bowlers or all-rounders.

ACE has three state-of-the-art, well laid astro turf pitches, all of which are enmeshed in sturdy nets. After all, safety is paramount. It is here, within these nets, that players are groomed under the watchful eye of coaches, and futures are made.

ACE coaches are Syed Meraj, who has had a few solid knocks under his belt as a seasoned Ranji Trophy player, Urooj Ahmed, who played State-level cricket for several seasons, and continues to play County Cricket in the United Kingdom, Shaik Nayeem, also a former State-level cricketer with a solid near-decade experience in coaching young players.

The best part about ACE is that it is open for all players irrespective of age. From as little as six-years-of-age to those the IT professional working in an international tech conglomerate. ACE grounds are open to all.

Specialized coaching is imparted twice a day – from 4 pm to 6 pm and from 6 pm to 8 pm. Extra care and focused attention is given to six-year-olds, seven-year-olds and eight-year-olds. This is because their age is impressionable and is right for beginning to learn to play the Gentleman’s Game.

We live in a post-COVID age. And this brings with it special challenges, especially in terms of safety. ACE is committed to the safety of its students and players. All precautionary measures are being taken. These include sanitiser dispensers placed the gate. Players will have to sanitise themselves before beginning practice. Wearing masks is mandatory. We are also enforcing social distancing.