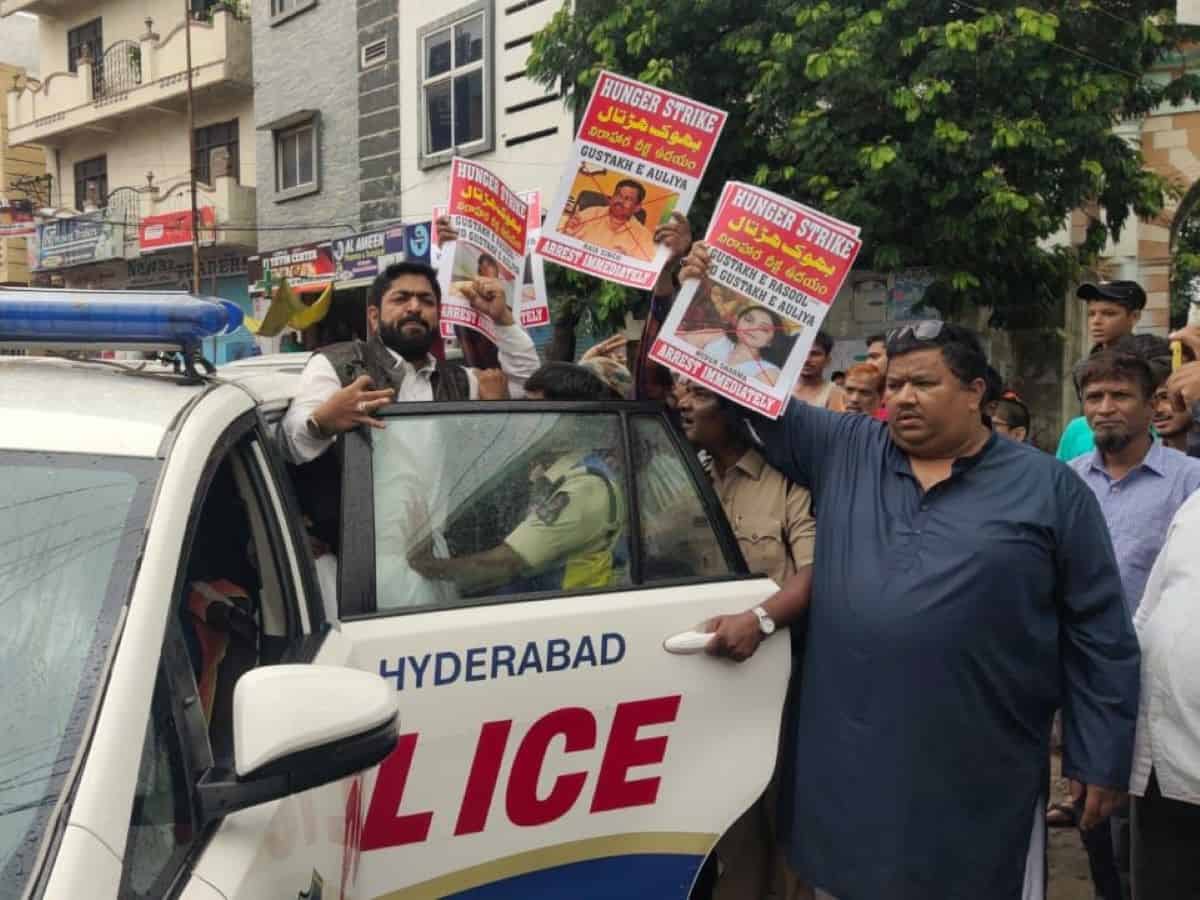 A team of police have swooped in at the activist’s house and arrested him along with his associates. Upon giving a call for an strike from June 15 at Charminar if the police fail to immediately arrest suspended BJP leader Nupur Sharma following her derogatory remarks against Prophet Mohammed. the police were tracking his movements.

He  further threatened to say that if the government and the Telangana police fail to act immediately and arrest those resorting to hate speeches and vitiating the peaceful atmosphere of Telangana he will sit on a hunger strike from June 15.

Since he posted a video on social media about commencing the Hunger strike from his residence, a team of police arrested and shifted him to Falaknuma police station.