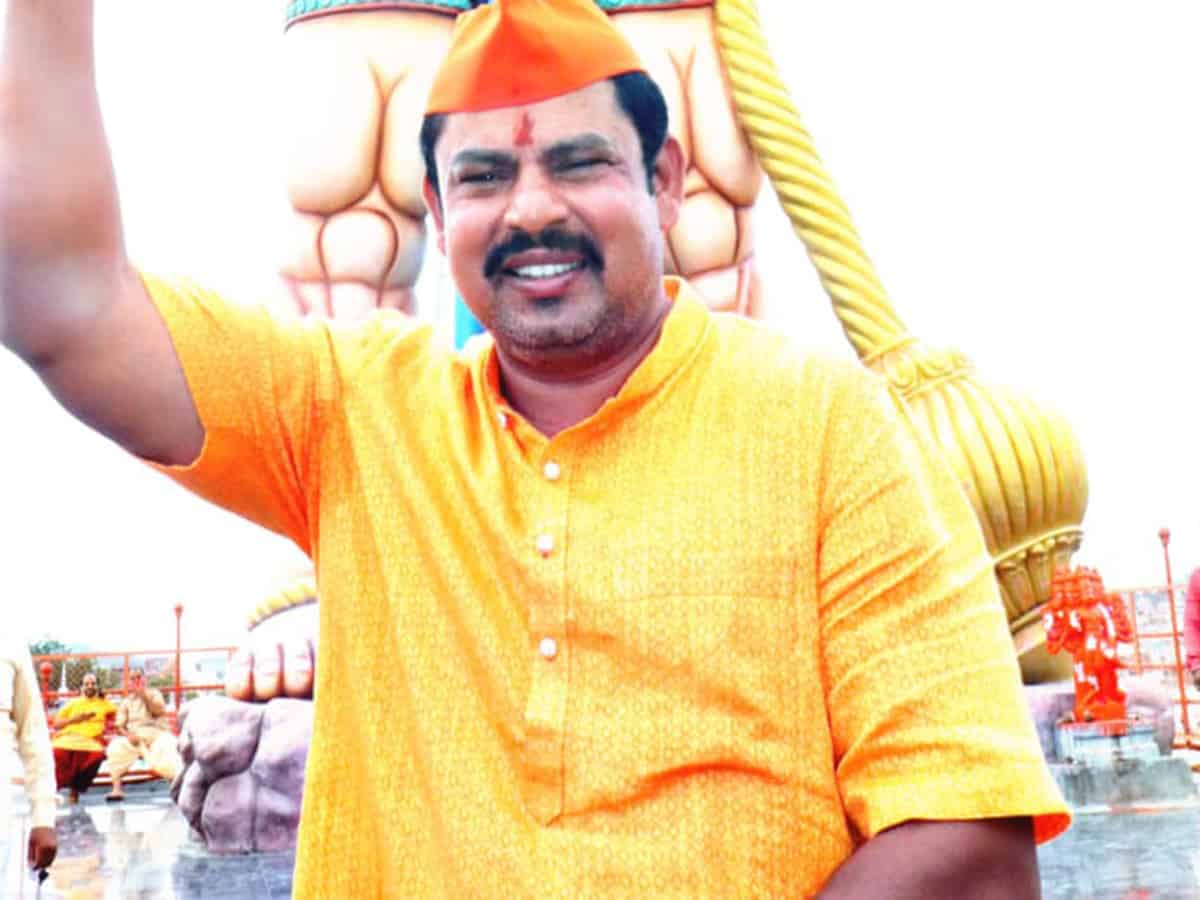 Hyderabad: The city police reviewed the personal security of the firebrand Bhartiya Janata Party legislator T Raja Singh in wake of widespread criticism for his remarks against the holy shrine at Ajmer Sharif.

A group of officers from the City Security Wing of Hyderabad police visited the residence and office of the legislator at the Mangalhat and reviewed the security cover. Raja Singh is provided with 2 + 2 security means two gunmen are with him round the clock. He is also provided a Bullet Resistant Vehicle.

The legislator was asked by the police not to move around in public exposing himself and prefer a car to commute wherever he is going for his party, public or personal works.

The CSW officials asked him to install some security apparatus including a Door Frame Metal Detector at the entrance and restrict the movement of the visitors to the office or residence.

A case was registered against Raja Singh at the Kanchanbagh police station on Monday night for his alleged disrespectful comments against the Ajmer Shrine. Several cases are booked against the legislator for allegedly making hate speeches during various occasions/ instances.