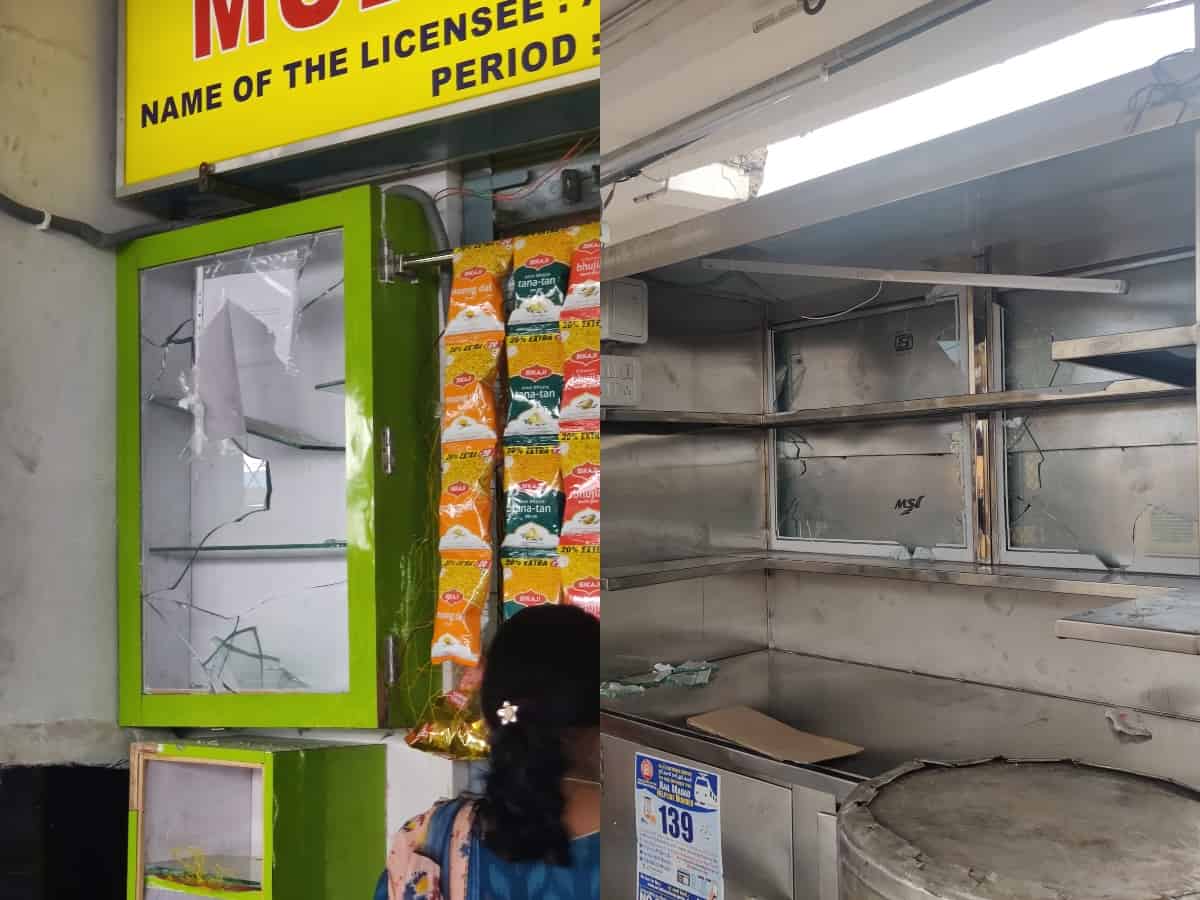 Hyderabad: As protestors rampaged through the Secunderabad railway station, many kiosks and railway catering shops were damaged. One person died during the protest after being shot by the police. Angry army aspirants broke window panes, destroyed the shop’s stock, and broke vending machines.

“I shut the shutters once I heard the yelling and saw people running around with sticks,” said Naresh, a shopkeeper on platform one of the Secunderabad railway station. He said that most protestors ran through the station targetting trains, leaving the shops on the first platform untouched.

Hyderabad: Why did the police open fire at Agnipath protestors?

On platform two, however, kiosks were broken and in pieces. Sonu, a franchise owner, surveyed damages across the five stalls he owned in the station. “We will have to replace the broken glass, lights and display pieces. A rough estimate is around Rs 5-6 lakhs so far,” he said.

Sonu said that the railway officials asked for damage estimate reports to be submitted, but have not said that they will be covering the costs of damage.

Apart from damaged displays, some kiosks saw damage to products. A stall selling snacks and drinks in the Secunderabad station along with trinkets like makeup and accessories remained mostly unharmed- except for all of the products on display being displaced. The shopkeeper said that the catering company would have to pay up to Rs 75,000 to cover the costs.

The same scene is witnessed in platform four. Surveying the damage, Rajiv, a vending-machine owner said that around 7-8 soft-drink vending machines have to be trashed and replaced. “We’re facing losses of about Rs 5 lakhs, and there is no word yet if the government or railway authorities will compensate us to any extent,” he said.

Rajiv added that the catering contract does not mention any provision for damages of this kind. “We’ve never seen something like this before, after all,” he remarked.

What happened at Secunderabad railway station?

On June 17, a violent protest broke out at Secunderabad Railway Station against the Central government’s ‘Agnipath’ scheme for recruitment into the armed forces.

One person, D Rakesh, was fatally shot by police with a plastic bullet.