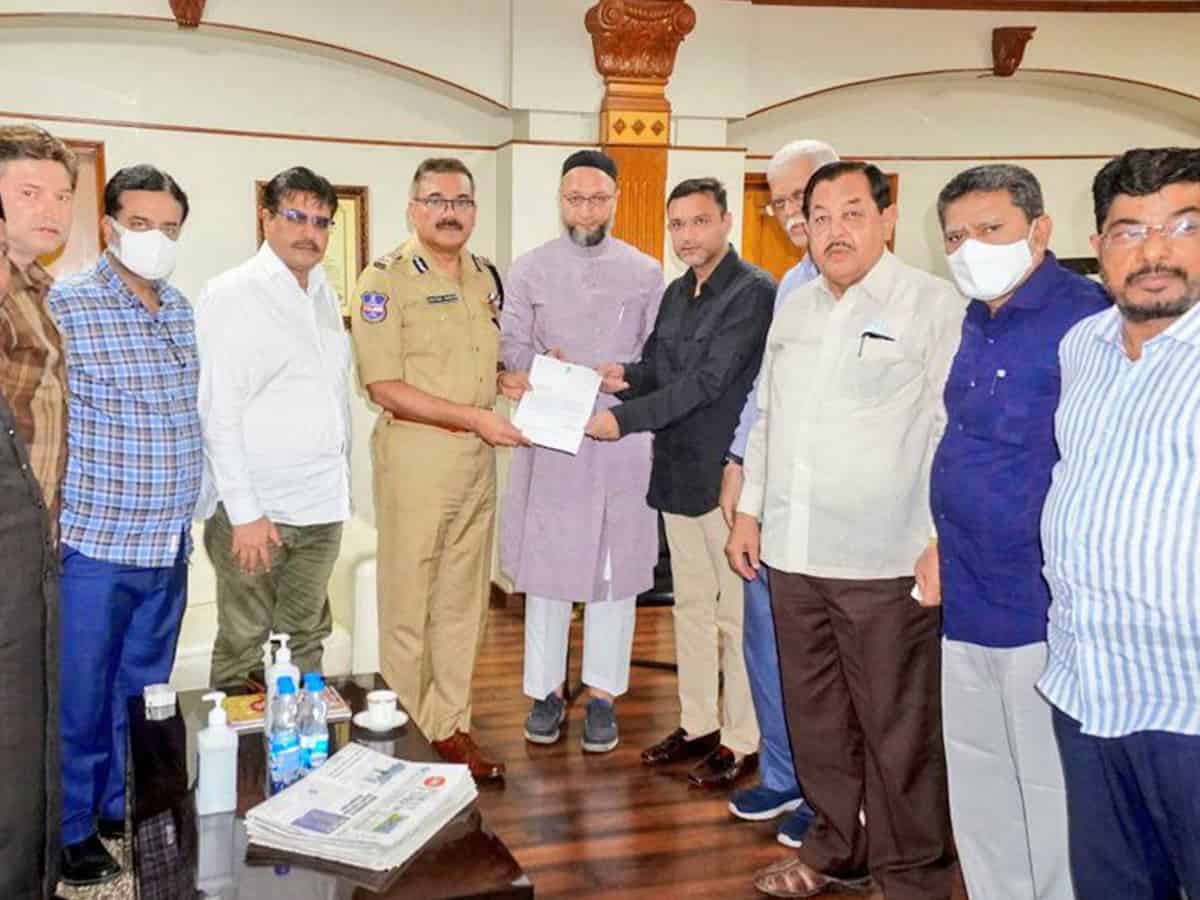 Hyderabad: A delegation of All India Majlis-e-Ittehadul Muslimeen (AIMIM) on Wednesday filed a complaint with the Hyderabad police commissioner seeking criminal action against the former Shia Wakf Board chairman Waseem Rizvi.

The AIMIM delegation, under the leadership of Hyderabad MP Asaduddin Owaisi and the party’s legislative floor leader Akbaruddin Owaisi, alleged that Waseem Rizvi has vilified Prophet Mohammed, the religion of Islam and Muslims in his recent book written in Hindi.

In its complaint, the AIMIM alleged that the contents of Rizvi’s book and the “objectionable” statements have been made with a view to outrage the religious sentiments of the community.

Asaduddin Owaisi demanded that criminal action under IPC sections 153A, 153B, 295A,504 and 505(1) be initiated against Rizvi and his associates for the “blasphemous statements and contents of the book”.

Rizvi’s statements are also likely to result in a threat to the public breach, he said.

Hyderabad police commissioner Anjani Kumar has assured the AIMIM delegation of proper action on the complaint.

Earlier, the All-India Shia Personal Law Board (AISPLB) has also demanded the arrest of Waseem Rizvi, for blasphemy, disruption of peace, law and order.

The board also sought a ban on Rizvi’s speeches, writings and disrespectful activities against the Quran and Prophet Muhammad. It further sought termination of Rizvi’s waqf board membership.

“It appears the UP government is supporting Rizvi by not taking any action against him,” The AISPLB spokesman had said.