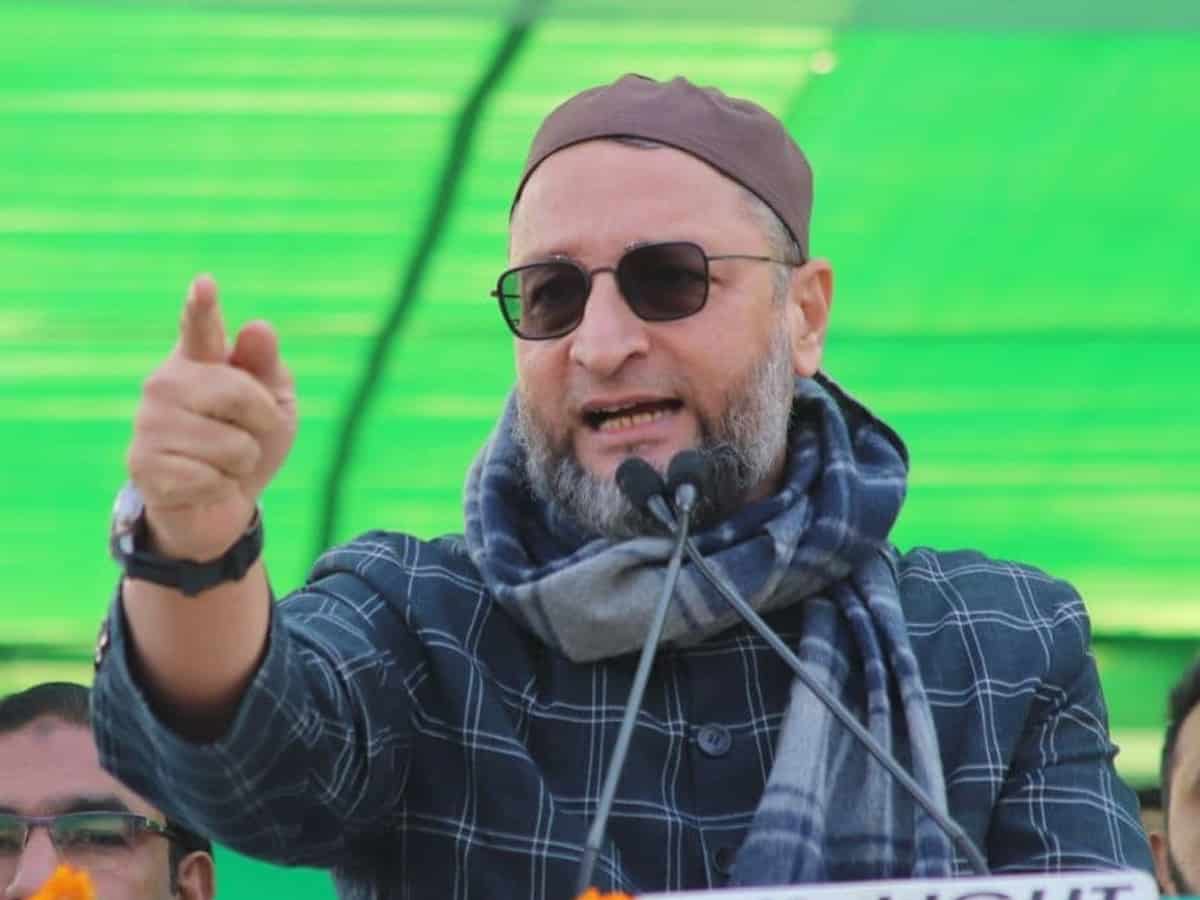 Hyderabad: AIMIM chief and Hyderabad Lok Sabha MP Asaduddin Owaisi on Friday remarked that his party is led by people who are successors of Turrebaaz Khan and Maulvi Allauddin who lost their lives fighting the British during the first war of independence in 1857, but not of Qasim Rizvi, the head of Razakaar army.

Owaisi asked leaders of the Bharatiya Janta Party (BJP) to see the multifaceted nature of the region’s history rather than ‘creating feud’ among Hindus and Muslims based on a simplistic narrative of ‘AIMIM-Nizam-Razakaar’.

He also said that AIMIM and Muslims of the Deccan are not looking for loyalty certificates from RSS-BJP and they can throw them in the dustbin. “People who have not spent a single drop of sweat during the independence movement are now celebrating liberation day,” he remarked.