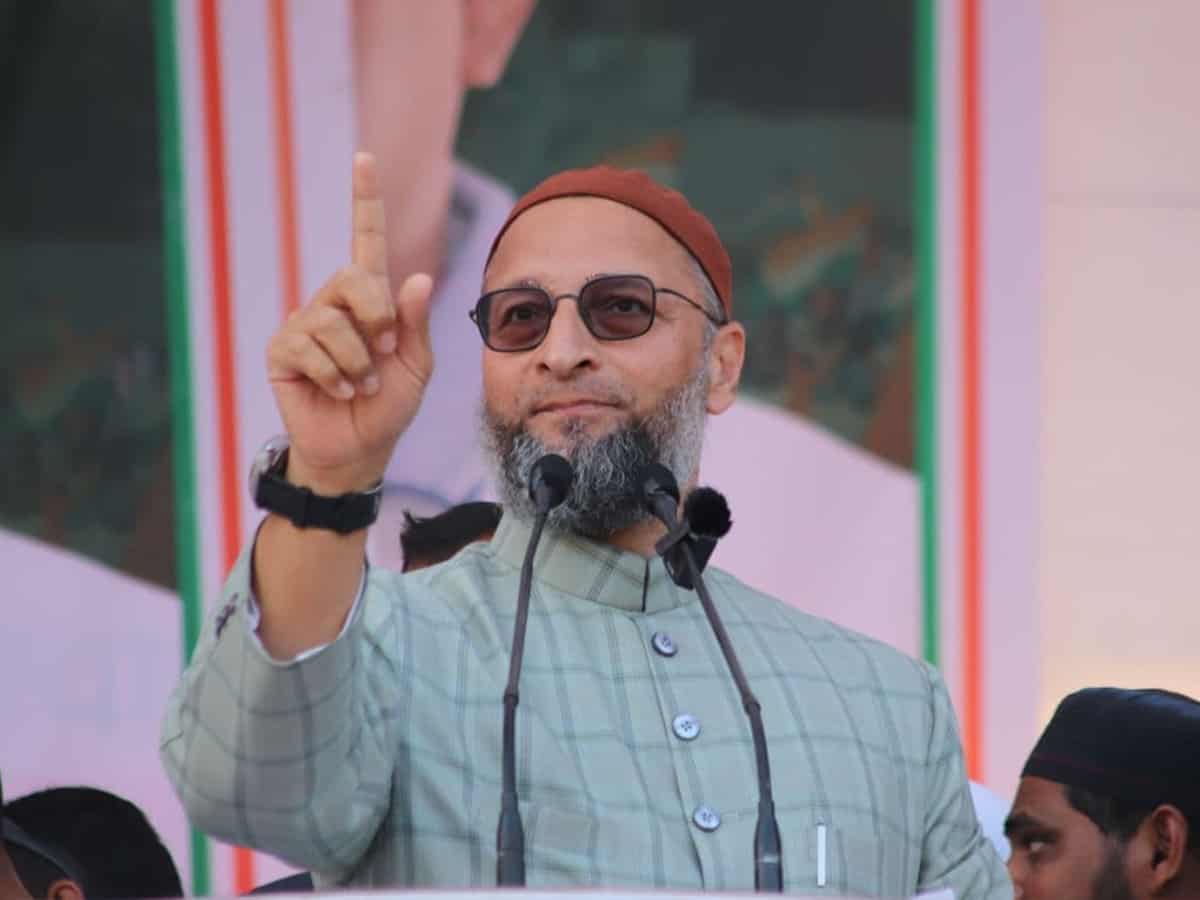 Hyderabad: All India Majlis-e-Ittehadul Muslimeen (AIMIM) is going to organize a ‘National Integration Day’ rally today after the Friday prayer. It will begin at Masjid-e-Abu Bakr and culminate at Tegal Kunta, Old City of Hyderabad.

The rally will be led by AIMIM chief and Hyderabad MP Asaduddin Owaisi. After the rally reaches Tegal Kunta, Owaisi will address the gathering.

In a video uploaded by the official Twitter handle of the AIMIM party, Owaisi gave the details of the rally.

The MP said that he along with all AIMIM MLAs and corporators will offer Friday prayer at Masjid-e-Abu Bakr and then will lead a bike rally, ‘Tiranga Rally’.

Over 15000 people are expected to participate in the bike rally which is being taken out to celebrate ‘National Integration Day’.

BJP planned a series of events in the three States of Telangana, Karnataka, and Maharashtra to celebrate ‘Hyderabad State Liberation Day’ for a whole year.

September 17, 1948, is the day when erstwhile Hyderabad state was formally annexed to India after ‘Operation Polo’ which is also commonly known as ‘Police Action’.

While the BJP term the day ‘Hyderabad Liberation Day’ to target Nizam’s rule, other parties including Telangana Rashtra Samithi (TRS) and AIMIM are calling the day ‘National Integration Day’.

Earlier, the Telangana cabinet decided to organize the opening ceremony of “Vajrotsavalu of Telangana National integration” for three days- 16, 17, and 18 September 2022 on a grand scale across the state.

In a clear push to politically capitalize on historical events, the BJP-led central government is going to organize a year-long ‘celebration’ marking ‘Hyderabad Liberation Day’ starting from September 17.

On Saturday, Shah will hoist the national flag as part of the ‘liberation day’ celebration of the central government.

Was Hyderabad the only princely state in 1947?

When India got independence from British rule on August 15, 1947, there were 552 princely states in the country.

Out of them, 549 agreed to join the Indian union while Hyderabad, Kashmir, and Junagadh were reluctant.

The ruler of Kashmir, Hari Singh, made the decision to join the Indian union after an uprising in the western districts and attacks from Northwest Frontier Provinces.

Junagadh which was a princely state in Gujarat wanted to join the Pakistan union, however, the Indian government sent the military into the erstwhile state and annexed it into India.

In the case of the erstwhile Hyderabad State which was made up of the current Telangana state, some districts of Karnataka and Maharashtra became part of the Indian union after Mir Osman Ali Khan, the seventh Nizam signed an instrument of accession.