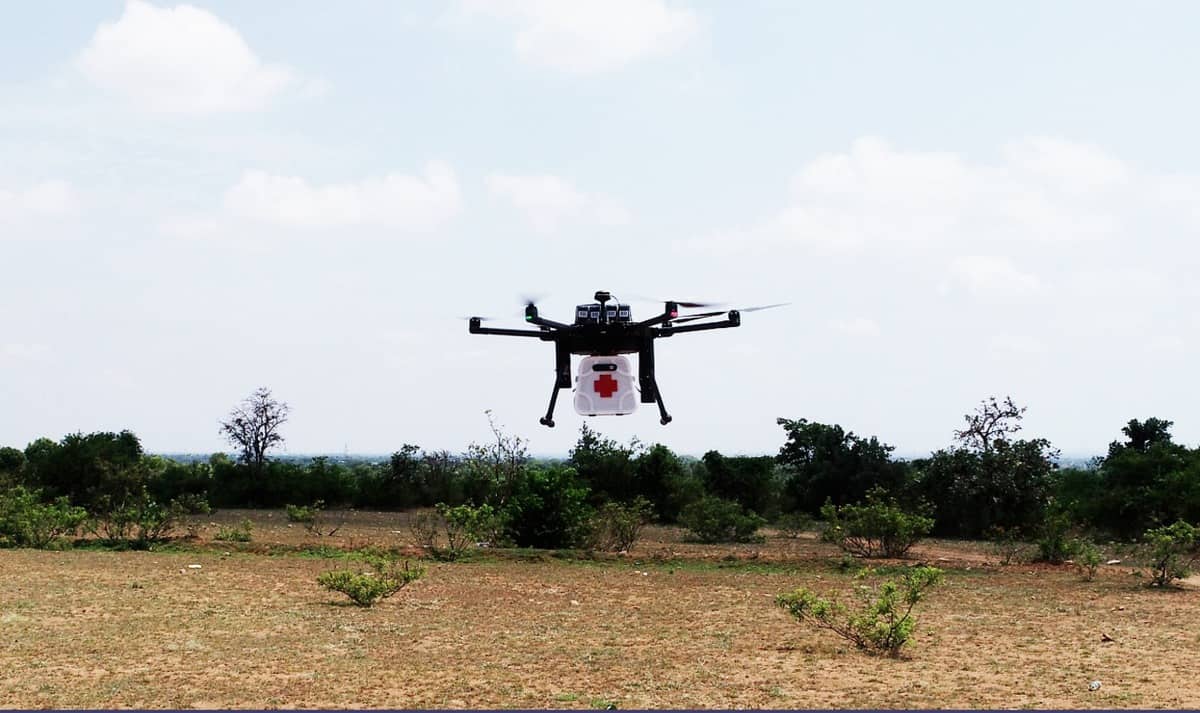 Hyderabad: As part of the Medicines from the Sky trials Airserve today demonstrated successfully the medical drone delivery capability from Vikarabad Area Hospital to Madgulchittampalle primary healthcare centre, the distance between the two hospitals is 6.2km.

According to a press release, Airserve is a Hyderabad-based innovative start-up in customized drone and autonomous aerial services. T-Works, an initiative of the government of Telangana, has designed and fabricated a cold-storage medical supplies payload with a first-of-its-kind autonomous release mechanism. It was done in collaboration with Airserve Initiatives.

The solution incorporates a unique payload-release mechanism that automatically detaches the entire payload from the drone after it lands, with zero human intervention. Once detached, the drone immediately takes off to return to its home base. The release is instant, it takes under a second for the payload and drone to separate. The time saved can be potentially life-saving in emergency situations.

Until now, medical staff at primary healthcare centres had to manually separate the medicines or the entire box from the drone. This poses risks ranging from damage to the drone to injury to the medical staff that otherwise have to be in close proximity to the drone and its propellers.

The CEO of T-Works Sujai Karampuri said, “Over the past year T-Works has demonstrated multiple UAV-related capabilities – from developing fixed-wing beyond-visual-line-of-sight or BVLOS UAVs to building customized payloads.

“Airserve is thrilled to be among the top companies for drone deliveries and takes pride in building India’s first 4G drone for last-mile deliveries. We thank T-Works for helping us build a cold storage payload with the autonomous detachment mechanism which can successfully deliver vaccines”, said Aniketh Madhusudhan the director of Airserve Initiatives.