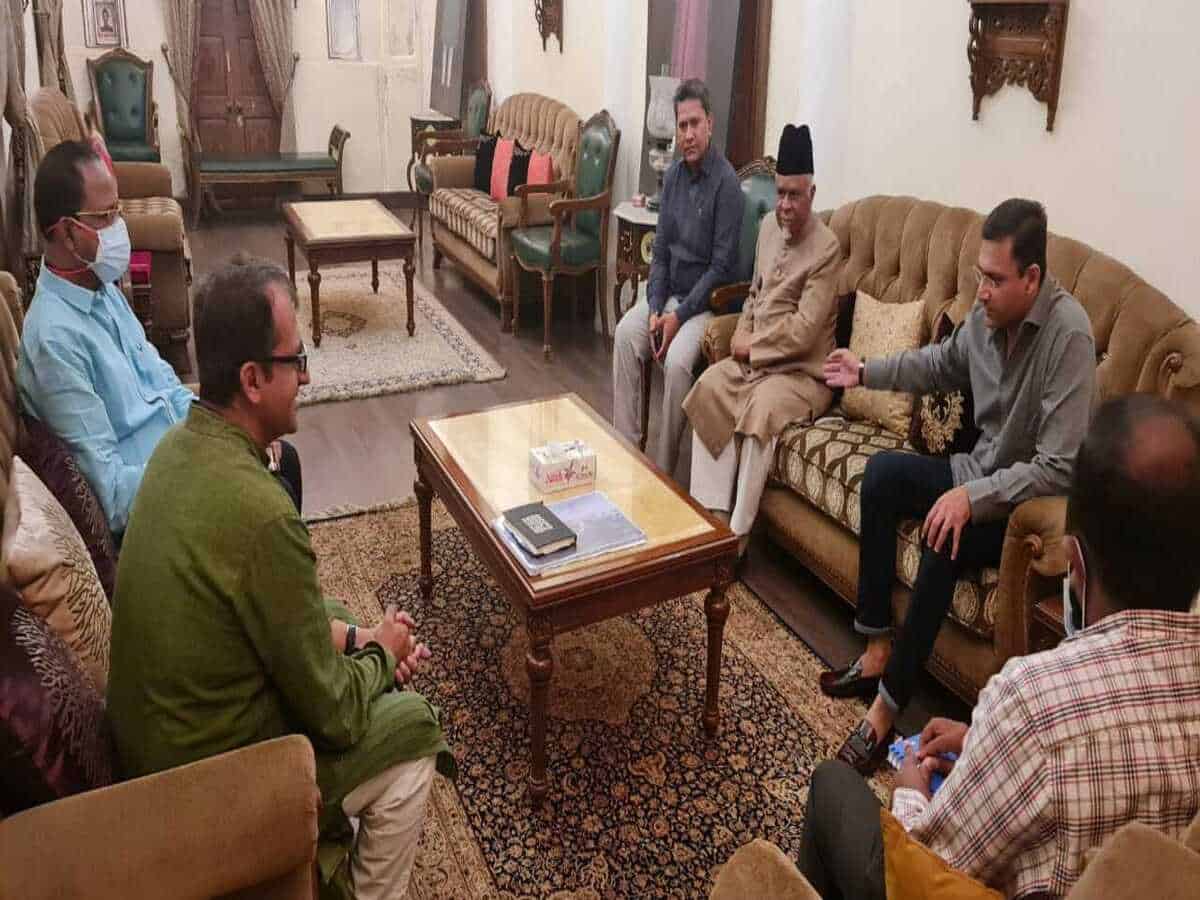 Hyderabad: The Aga Khan Trust for Culture (AKTC) is likely to take up restoration works at the Paigah tombs upon the request of AIMIM MLA and floor leader Akbaruddin Owaisi. In a meeting on Thursday, the legislator met the AKTC’s CEO Ratish Nanda, at his party’s headquarters Darussalam. Owaisi requested the AKTC to also take up the restoration of works at the Paigah Tombs complex, while lauding their conservation efforts at historic Qutb Shahi tombs.

The Paigah tombs are among the major “wonders of Hyderabad city” and are known for their architectural excellence as shown in its craftsmanship work, stated Akbaruddin Owaisi. The MLA said that now the Paigah Tombs looks deserted and “totally uncared and neglected” by the state government.

In a recent assembly session, Akbaruddin Owaisi lauded AKTC’s work to improve the condition of the Qutb Shahi tombs and appreciated its efforts in giving new strength to the 600-year-old heritage structure.

AKTC has been carrying out conservation works at the Qutub Shahi tombs for the past 8 years, completing nearly 75 percent of the conservation work of the Tombs. The remaining works are estimated to be completed by 2025, said Ratish Nanda.

The Qutb Shahi tombs over nearly a decade has literally seen a transformation, all thanks to the ongoing restoration works being taken up by the Aga Khan Trust for Culture (AKTC) and the Telangana government’s Department of Heritage, he added. “Nearly 75 percent of the works have been completed and the remaining works are estimated to be completed by 2025,” Ratish Nanda stated during the meeting.

For the longest time, it was thought that the Qutb Shahi tombs has about 65 historic structures. However, over the past decade, restoration work and excavations have revealed that there are nearly 100 heritage monuments in the site, close to 50 of which are tombs, the AKTC’s CEO informed Akbaruddin Owaisi.