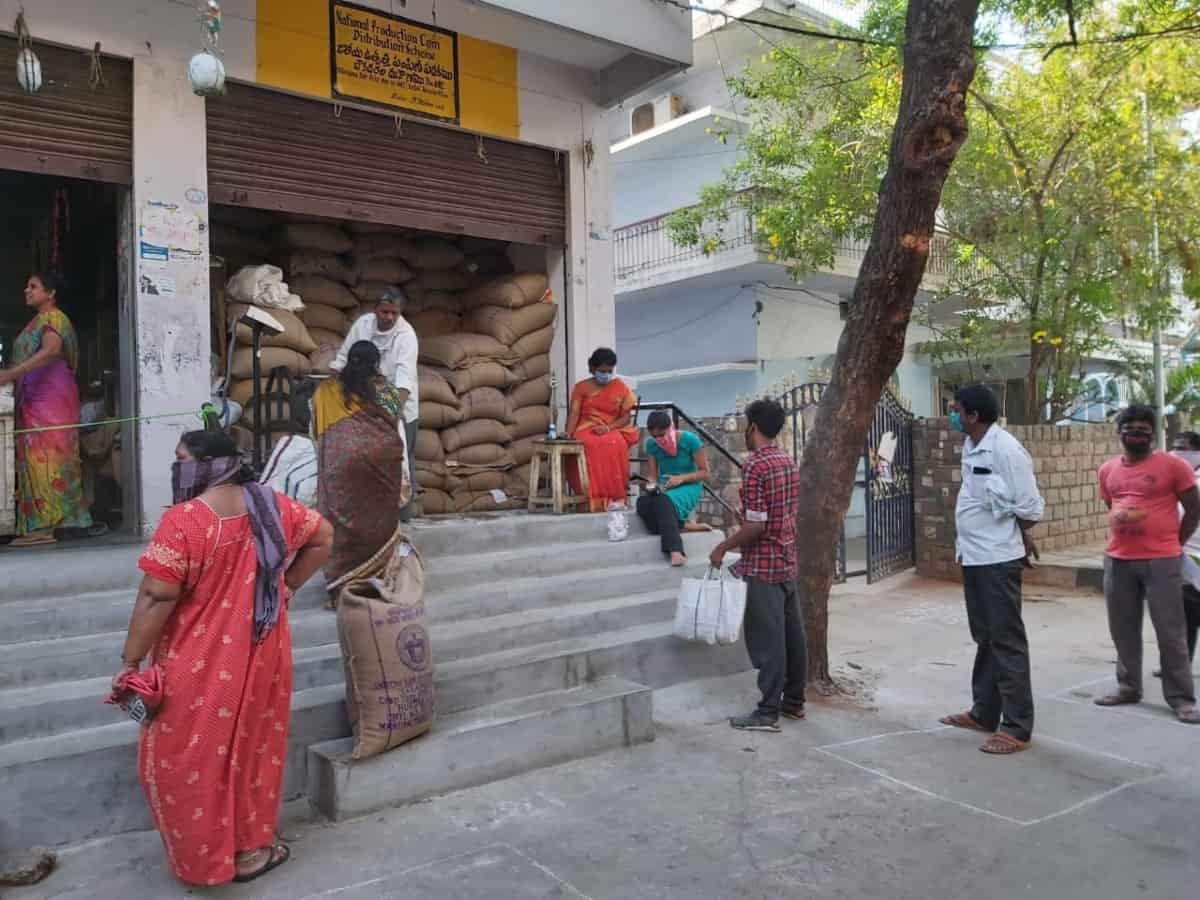 Hyderabad: The Telangana State Food Commission has directed the Civil Supplies Department Commissioner to make sure that no ration cardholder goes without receiving his ration supplies, for not having their card linked with Aadhar.

As per the report in The New Indian Express, the commission issued directions after receiving complaints from civil society organizations that the department has introduced an OTP system to collect ration. This order forces the beneficiaries to immediately link their ration card to the Aadhar, which should have already been linked to the mobile phone by the beginning of next month.

In a press release, Palmela Ramesh Good, president of the Forum for the Better Society, said the government should understand the painful process of linking Aadhaar numbers to mobile phone numbers. One has to go to the Aadhaar center to get biometric verification. “We absolutely don’t know how the Civil Supplies Commissioner can enforce it the same by avoiding biometric verification at fair price shops,” Ramesh said.