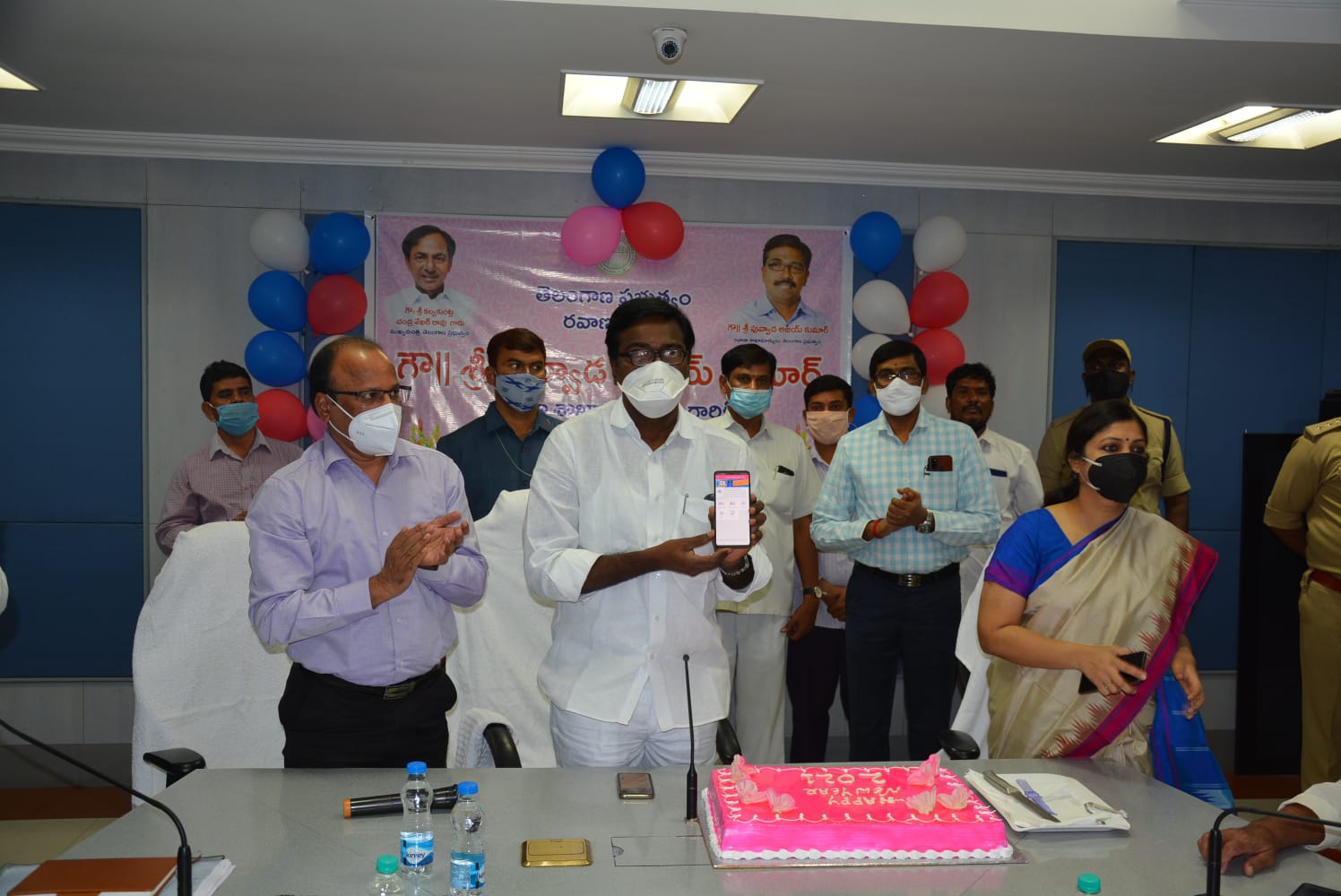 Hyderabad: In a bid to improve citizen services of the Transport department, the Telangana government on Tuesday fully launched the computerisation of all its services. Called ‘Anywhere Anytime online Services’, citizens in the state can fully access all the 59 services of the department with the provision to make online payment. A slot system has been enforced for all the services.

With the launch of the ‘called Anywhere Anytime online services’, citizens now don’t even need to visit RTO office to avail services.

While some of the department’s services were partially available online, with Tuesday’s launch, all services of the Telangana Transport department are now fully online. On an average, 33,000 transactions take place every day in Road Transport Authority (RTA) offices in the state, said the government in a press release.

The Telangana Transport Department issues driving licences, registration of vehicles, issues various kinds of permits (for inter state vehicles, autos and other vehicles), and also collects tax, enforces of vehicle violations etc. With a total 1.47 crore vehicles plying on the roads in Telangana (as on July 21), the department collected a revenue of Rs 1615 crore collected this year. Last year’s revenue was Rs 868 crore only, added the release.

With full computerisation, people can now have faster access, better transparency and accountability. A major issue that has plagued RTA offices in Hyderabad especially is that of middlemen who ask for a lot of money to do the same tasks that one can do on his/her/their own. In fact, many of them now even book slots online for a certain amount of money for those who struggle with using the internet.

RTA application has been integrated with T-App folio

The Telangana government’s RTA application has also been integrated with T-App folio, a mobile app developed by state for citizen services. Moreover, to make sure its new services are not misused, the Transport department is using Artificial Intelligence based ‘liveness detection’ to check whether photos received through smartphones is that of a real person and not a “photo of a photo”, according to its press release.

It will also rely on machine learning based ‘entity resolution’ to verify the demographic attributes like name, fathers name, date of birth and addresses of citizens. Deep Learning based photograph comparison will also be used to compare two photographs.

The ‘Anywhere Anytime online Services’ project was launched and made operational in a phased manner starting with five services on July 24, 2020, after the COVID-19 pandemic hit the country. Six more services were added the same year, and another six in 2021, totalling to 17 services. So far 1,13,115 transactions have been recorded under the project, added the release.