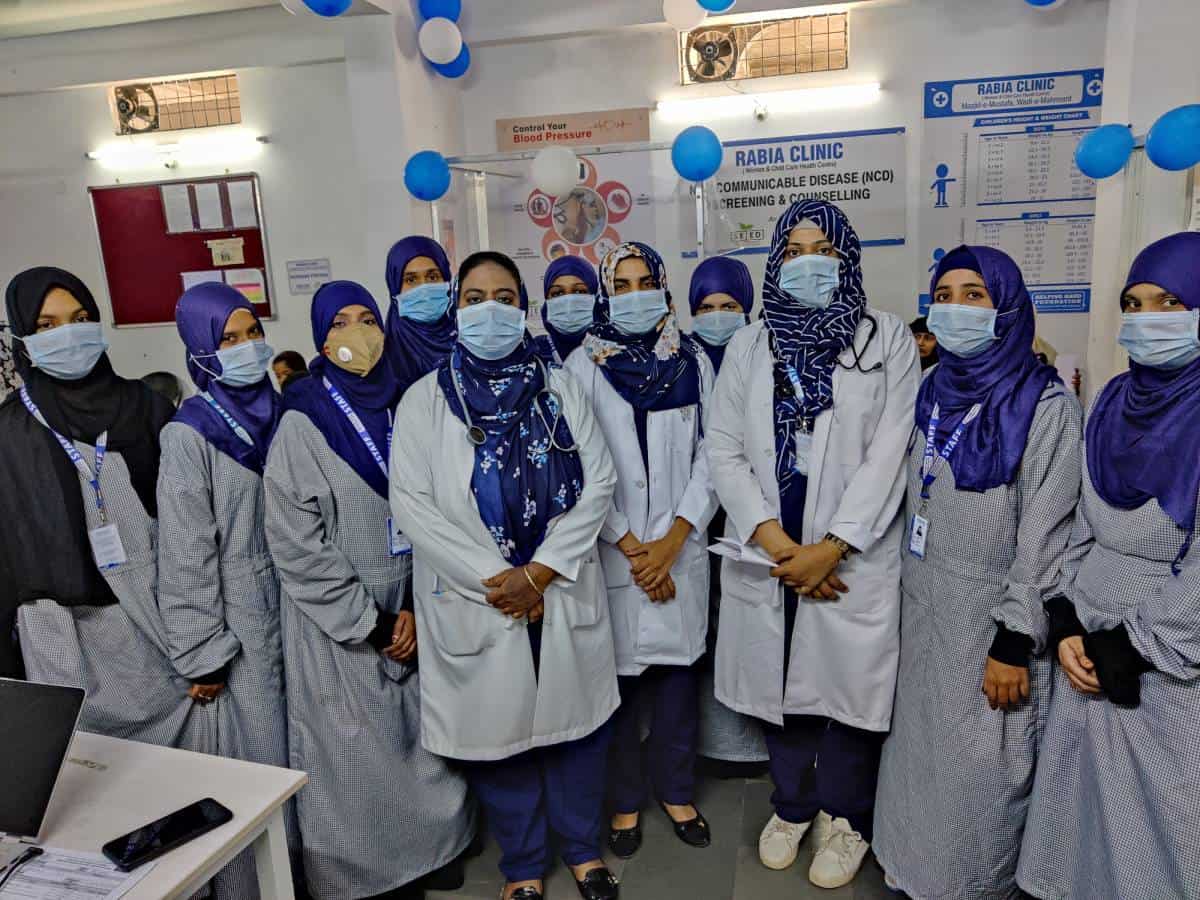 Hyderabad: An exclusive women-run clinic set up in a masjid in city’s Rajendranagar area catered to over 25,000 patients in the last one year. The clinic, set up in Masjid Mohammed Mustafa in Wadi-Mahmood,  is run by Helping Hand Foundation and supported by an NRI and SEED, USA.

The clinic offered free services to over 25,000 patients last year of which 47 per cent were women and 32 per cent were children. They dealt with 12 per cent gynaecology cases, 8 per cent dental and 2 per cent ophthalmology patients.

The clinic, which is completely run by an all-women’s team of doctors, nurses, counsellors, dieticians and paramedics, catered to a daily footfall of 150-200 patients hailing from 30 slums in the Rajendranagar mandal.

A survey was conducted among those who benefited from the clinic which revealed that in 75 per cent of patients with chronic illness, futile treatment, doctor shopping, and visiting quacks was eliminated. Out of pocket expense worth Rs 1.25 crore was saved, the HHF said in a statement.

Besides, through the same clinic mid-day meals were offered to children. Over 100 children were enrolled in the program last August. Over 1 lakh meals were served to children who on account of school closure during pandemic.