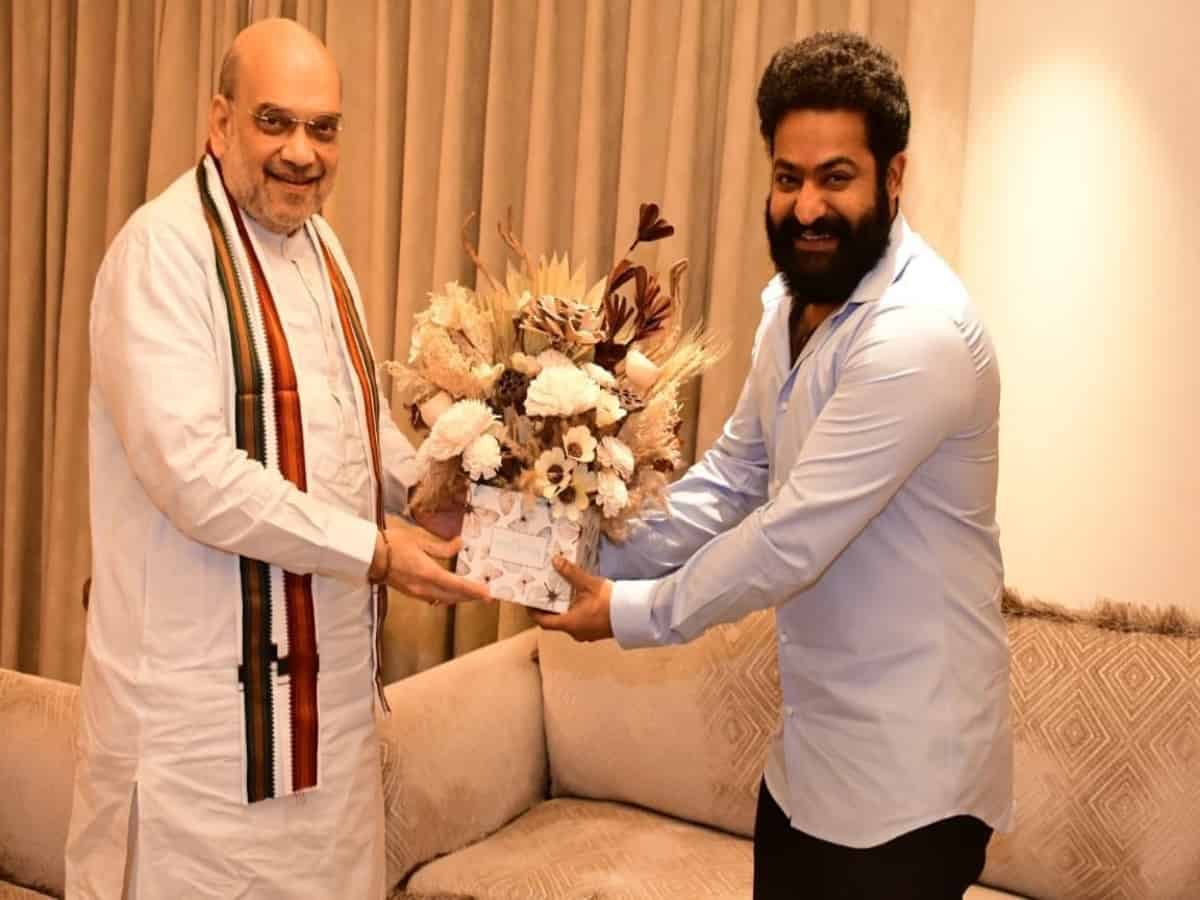 Hyderabad: Union Home Minister Amit Shah, who was on a visit to Telangana, met Telugu actor Jr NTR in Hyderabad on Sunday.

“Had a good interaction with a very talented actor and the gem of our Telugu cinema, Jr NTR in Hyderabad,” tweeted Shah after meeting the actor.

Earlier on Sunday, Shah called on film producer Ramoji Rao at his residence.

“Ramoji Rao Garu’s life journey is incredible and inspirational to millions of people related to the film industry and media. Today, met him at his residence in Hyderabad,” tweeted Shah.

Shah was on a one-day visit to the state to address a public meeting at Munugodu ahead of the bypolls. Munugodu assembly bypoll comes after sitting Congress MLA Komatireddy Raj Gopal Reddy resigned from his post in the party recently and joined the Bharatiya Janata Party.

Addressing the mega public rally, Shah accused the Telangana government of betraying the trust of the people of the state, while also calling the K Chandrashekar Rao government “anti-farmer”.

“KCR is denying PM Fasal Beema Yojana to the farmers of the state. He has committed the sin of keeping the farmers away from the insurance. The KCR government is anti-farmers,” Shah added.

Shah further accused the Telangana government of breaking the promise of selecting a Dalit as the Chief Minister and said that a member from the community will not be selected for the top post if TRS is voted to power.

“They had promised to make Chief Minister from the Dalit community if their government is formed. They have not done so far. If you elect them again, KTR will come in place of KCR, but Dalit won’t come,” Shah said.