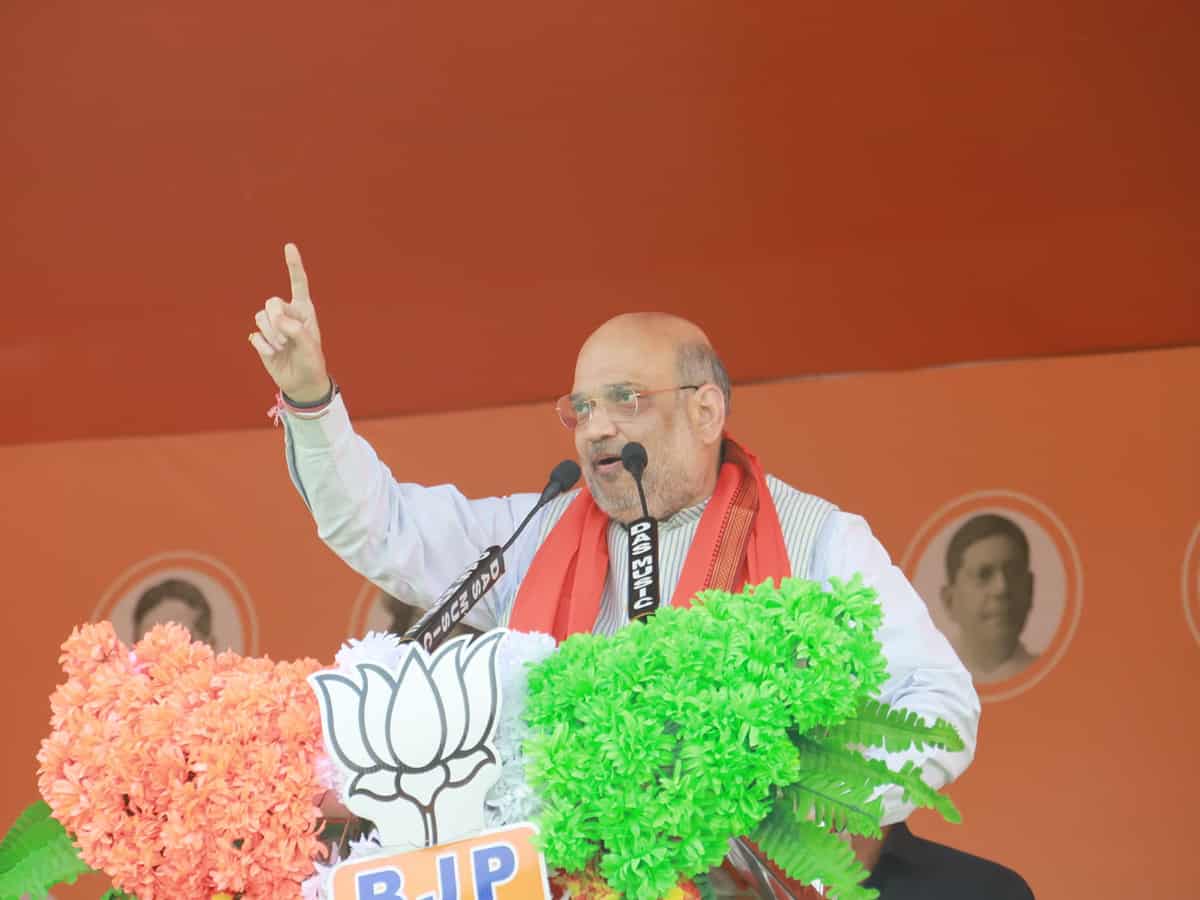 Hyderabad: Union Home Minister Amit Shah will visit Telangana on May 14 to address a public meeting to mark the culmination of the second leg of state BJP President Bandi Sanjay’s ‘Praja Sangrama Yatra’.

BJP’s Telangana unit announced on Monday that Shah will address the public meeting at Tukkuguda in Rangareddy district near Hyderabad.

The saffron party is planning a massive show of strength by mobilising people in large numbers for the public meeting.

State BJP leaders expect that the meeting will boost the morale of the party and gear up the cadre for the next year’s Assembly elections.

BJP’s show of strength comes close on the heels of Congress party holding a massive public meeting in Warangal on May 6. Congress leader Rahul Gandhi had addressed the meeting, which made a slew of promises for farmers.

Amit Shah will be the second key leader of the BJP to address a public meeting as part of Bandi Sanjay’s padyatra, aimed at highlighting the afailures’ of Telangana Rashtra Samithi (TRS) government.

BJP national president J.P. Nadda had addressed a public meeting at Mahabubnagar on May 5. He claimed that people of Telangana want a change in the state by bringing BJP to power so that the state is benefited from double-engine growth.

Nadda said that the BJP’s victory in the Dubbaka and Huzurabad Assembly by-elections reflect the people’s mood.

Some central ministers had also participated in the second leg of the padyatra launched on April 14 from Alampur in Jogulamba Gadwal district.

During the month-long foot march, Bandi Sanjay is scheduled to cover 385 kilometers in five districts. He will pass through 105 villages in 10 Assembly constituencies.

Sanjay, who is also a Member of Parliament from Karimnagar, is covering 10-15 km every day to interact with people to know their problems.

The BJP leader alleged that there is corruption and family rule in the state and all sections of people including youth, employees and farmers are not happy.

The first phase of the yatra had started in Hyderabad in August 2021.It lasted for 36 days covering 19 Assembly constituencies and half a dozen Parliamentary constituencies in eight districts.