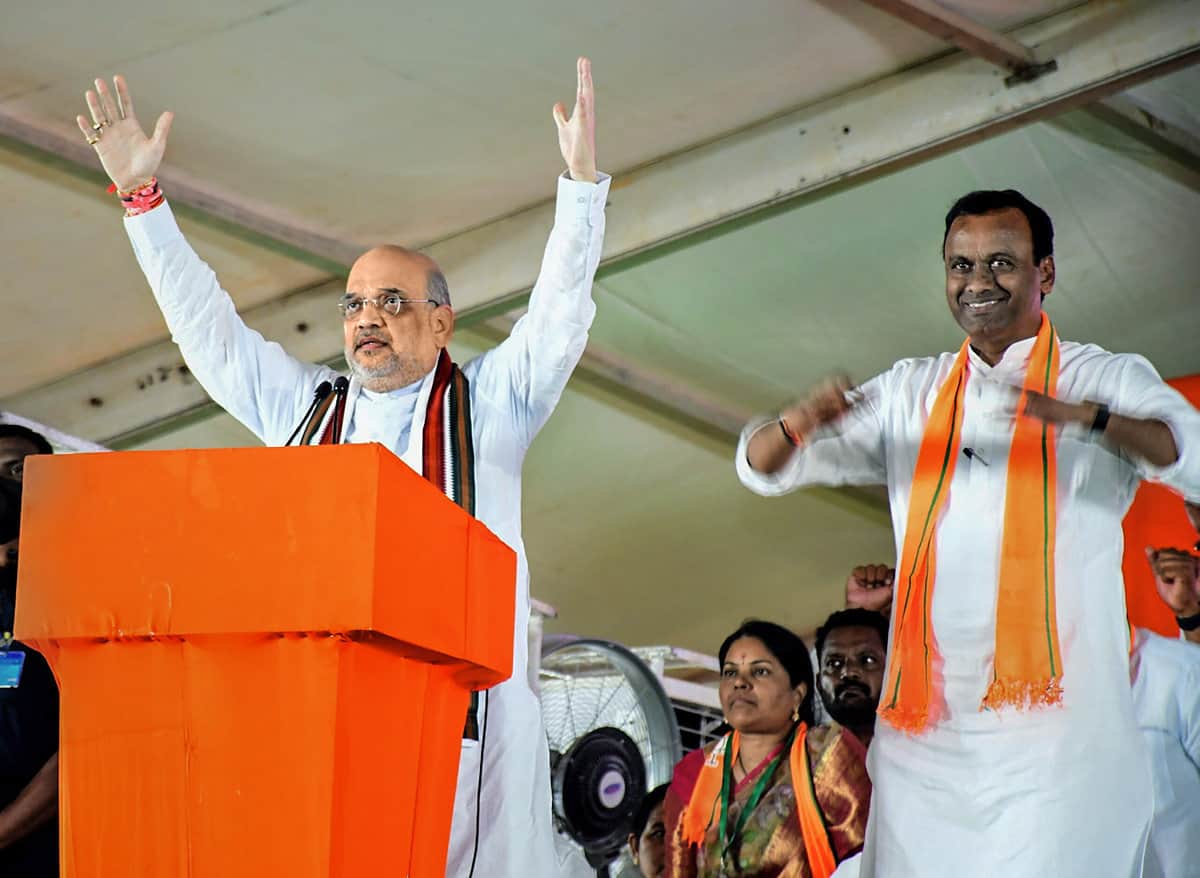 Hyderabad: Union Home Minister Amit Shah will attend an inaugural programme as a chief guest on September 17, when the Centre is celebrating the Hyderabad Liberation Day to mark the 75th anniversary of the liberation of the state of Hyderabad.

Union Minister Kishan Reddy on Monday announced that Hyderabad Liberation Day will be officially organized by the Central Government on September 17.

“The celebrations will be organized throughout the year under the auspices of the Central Department of Culture to celebrate the 75th anniversary of the liberation of the state of Hyderabad. Union Home Minister Amit Shah will be the Chief Guest present at the inaugural program to be held on September 17 at Hyderabad Parade Grounds,” Reddy said.

The chief ministers of three states including Karnataka, Maharashtra and Telangana have been invited to attend the event.

Recalling the rule in Hyderabad under Nizam even after the independence of India in 1947, the Union Minister said that the people of Hyderabad had to face many difficulties during that period.

Reddy also highlighted the “quick and timely actions” of then Union Home Minister Sardar Vallabhbhai Patel in the liberation of Hyderabad.

“India got independence on 15th August 1947, but the people of the Nizam region did not get freedom then. Nizam refused to meet in India. Nizam made efforts to meet in Pakistan. 8 districts in Telangana, 3 districts in Karnataka and 5 districts in Maharashtra would continue to be Hyderabad during Nizam’s rule. during the Nizam administration, the people of Hyderabad faced many difficulties. Hyderabad State was liberated due to the quick and timely actions taken by then Union Home Minister Sardar Vallabhbhai Patel under the name of ‘Operation Polo’,” the Union Minister said.

Talking about the purpose of the government behind organising the event, Reddy said that it is mainly to pay “true tribute” to the people who were the victims of the “tyranny of Nizam Massacre”.

Notably, the BJP had organized a national executive meeting in Hyderabad which was attended by the representatives of all the parties in the country, which was later followed by the Prime Minister’s rally.

Hyderabad was under Nizam’s rule and the police had launched the campaign for its liberation with the name ‘Operation Polo’ which ended on September 17, 1948.

“On behalf of AIMIM, I have written two letters to HM Amit Shah and Telangana CM K Chandrashekhar Rao – the phrase ‘National Integration Day’ may be more apt than mere liberation,” said Owaisi.