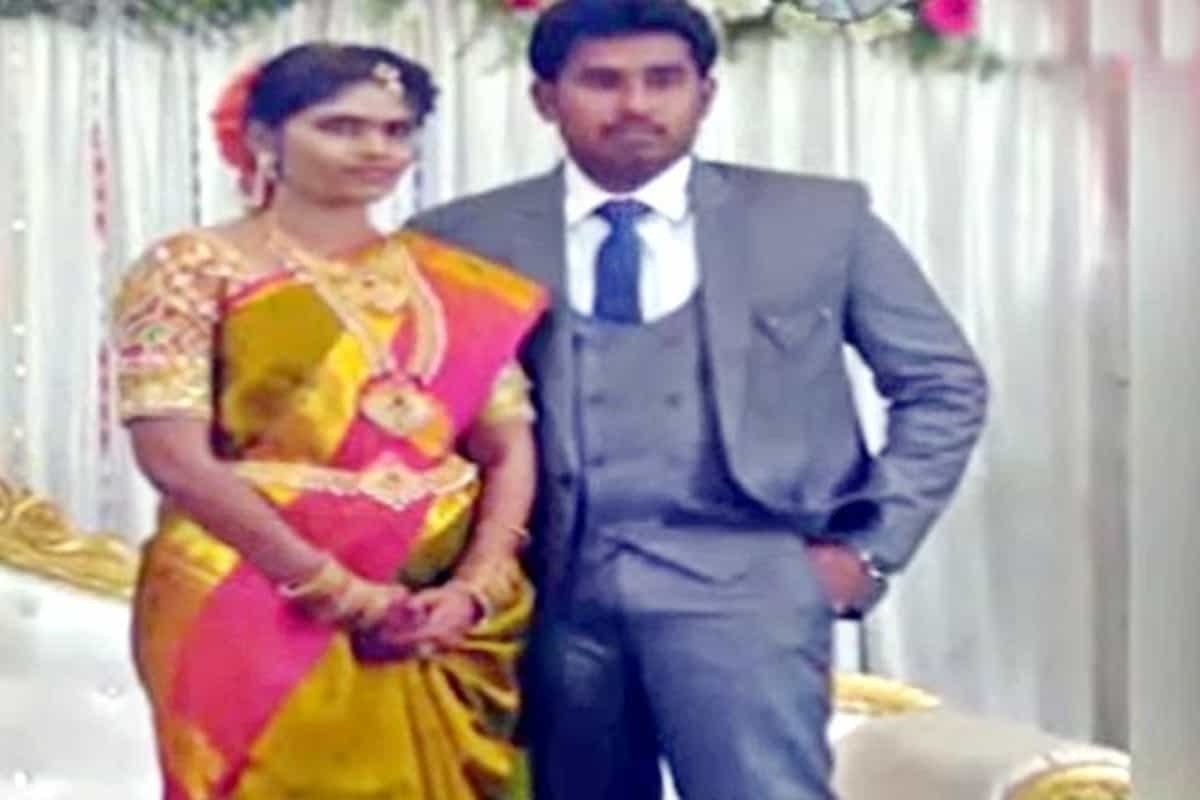 Tirupati: A techie brutally murdered his wife, stuffed her body in a suitcase and dumped it in a lake in temple city of Tirupati.

The chilling facts came to light on Tuesday, nearly five months after he committed the crime.

Police recovered the body of Padma from the lake in Venkatapuram on the outskirts of the town.

Police said they have arrested Venugopal, a software engineer currently employed with a firm in Hyderabad.

Hyderabad: Dead bodies of a family found in Kurmalguda Lake

The techie had been misleading his in-laws that Padma is with him in Hyderabad. As she did not even speak to them over phone for nearly five months, Padma’s parents grew suspicious and lodged a missing complaint with the police.

During the interrogation, Venugopal confessed to killing Padma on January 5, the same day he brought her home from her parents’ house, where she was living for two years due to marital dispute.

Venugopal, who had even filed a divorce petition in the court, told Padma’s parents that he wants to take her home and forget whatever happened in the past.

He later informed them that he took her to Hyderabad where they are living together.

Padma’s parents believed him as they thought Venugopal is a reformed man. Whenever they called him and wanted to speak to Padma, he used to make some excuse. They started suspecting him and finally lodged a complaint with the police two days ago.

A police officer said Venugopal married Padma in April 2019. After the marriage, they were living in Chennai where he was working with an IT company. A few months after the marriage, differences cropped up between them post which she returned to her parents home.

Both sides have filed court cases against each other. Venugopal had filed a case for divorce while Padma had approached the Women’s Commission.

Police investigations revealed that after bringing Padma to his house on January 5, Venugopal thrashed her with a stick, resulting in her death.

The incident happened in the presence of Venugopal’s parents and a friend. They later tied the body and stuffed it into a large suitcase.

Venugopal then carried the suitcase to the lake, dumped it there and left Tirupati with his parents.

Padma’s relatives alleged that Venugopal had been harassing her from day one for more dowry. They demanded death penalty for Venugopal.

In a similar case in Tirupati last year, a man had killed his 27-year-old techie wife, stuffed the body in a suitcase and had set it afire after dumping it in a remote place.

Srikanth Reddy had tried to fool the relatives by saying his wife died of Covid-19 and the hospital authorities cremated the body.

Bhuvaneswari was working as a software engineer in a company in Hyderabad. The shocking crime came to light after police found a charred body and took up investigation.