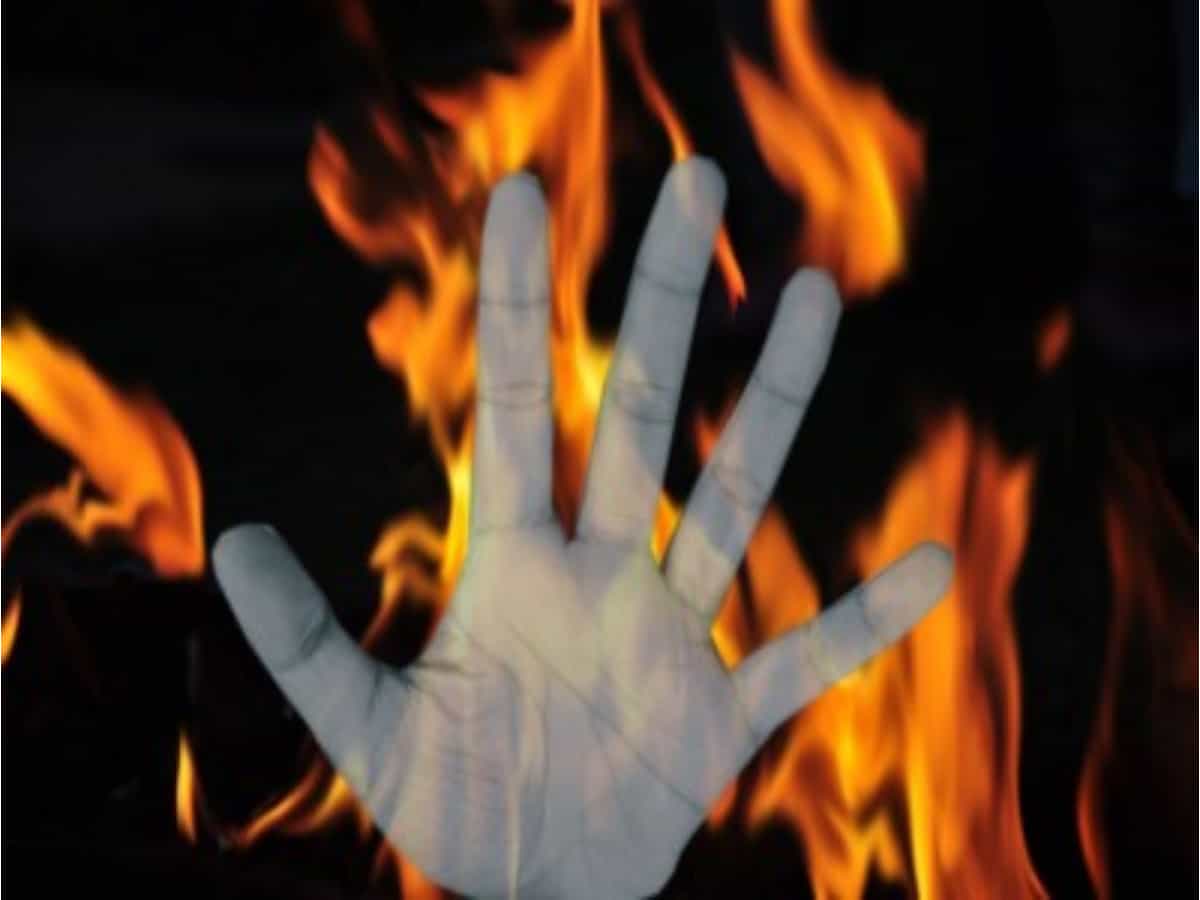 A  47-year-old woman from Hyderabad was burned alive in an accident in the limits of AS Peta Mandal, Nellore district on Friday.

The incident took place on Friday morning at 3 am when a short-circuit occurred. The witness to the accident, also a woman who was there tried to help the victim and suffered some injuries.

According to the sub-inspector of AS Peta Mandal, the deceased from Hyderabad, Fatima, was suffering from a mental disease. She had been in dargah for a year for a mental cure. The victim is said to have lived in a small hut along with more six people.

The deceased’s body, along with that of another woman, was sent to the Atmapur District Hospital. The woman who tried to save her is now in a stable condition. The deceased’s family has been notified about the accident by the police.