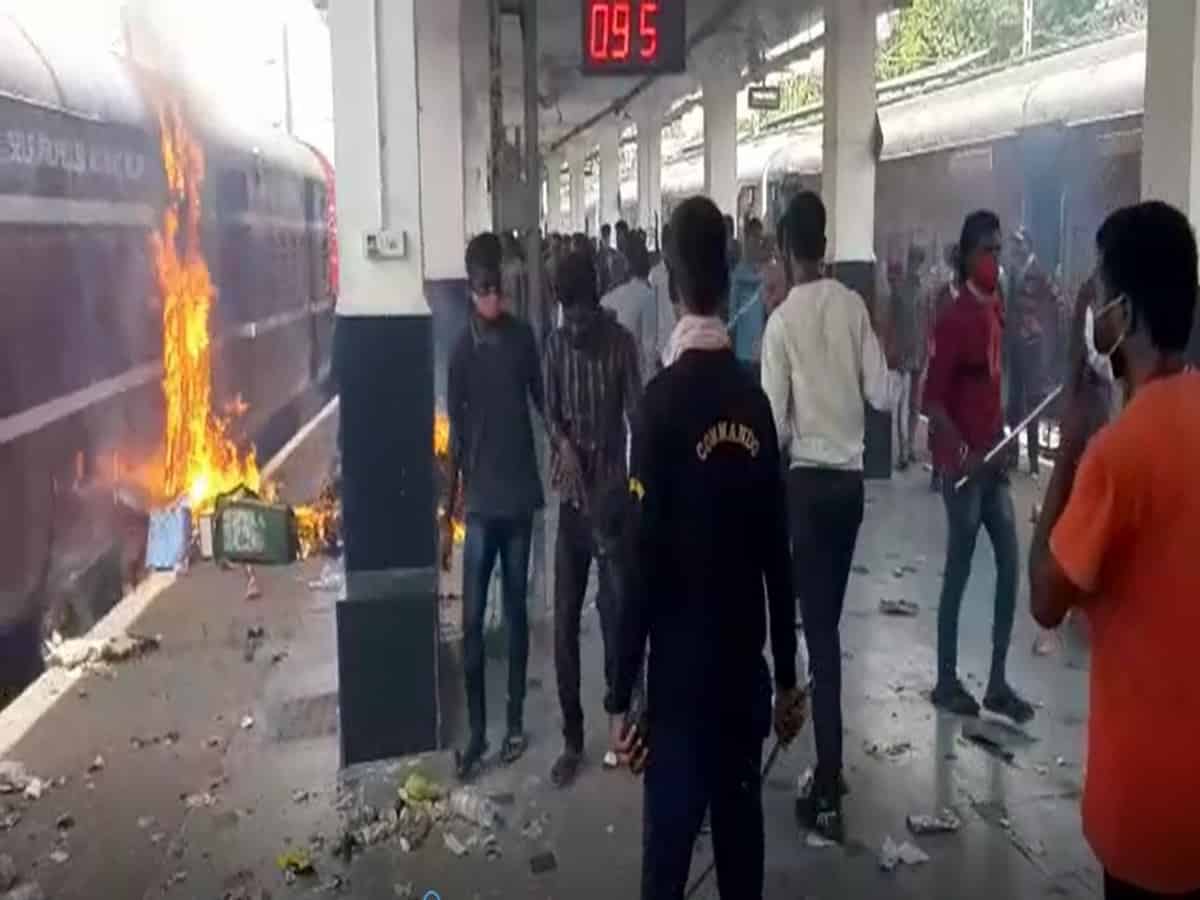 Hyderabad: As many as 46 people have been arrested in connection with the arson and violence that took place in the Secunderabad Railway Station on June 17 and the involvement of the army recruitment coaching academies is suspected, a senior official of the railway police said here on Sunday.

B Anuradha, Superintendent of Police, told reporters that initially about 300 people entered the station through gate No 3. Eventually, the number swelled to 2,000 and some of them carried sticks, rods and petrol cans, damaging the railway property, the official said.

On Friday, a young man died and 13 others were injured after security personnel opened fire to control the rampaging mob protesting against ‘Agnipath’, a recruitment scheme for the armed forces, at the railway station.

The police official further said based on the inquiry, it was found that the youth were selected in a physical test for the recruitment in the Army and were ready for the written test which was postponed for six times due to the COVID-19 pandemic.

The agitators with the provocation of some army recruitment coaching academies circulated the messages to assemble at the Secunderabad Railway Station at 8.30 AM on June 17. They instructed carrying petrol cans, too. There is a big conspiracy of Army recruitment coaching academies are involved in this conspiracy, a press release from the police said.