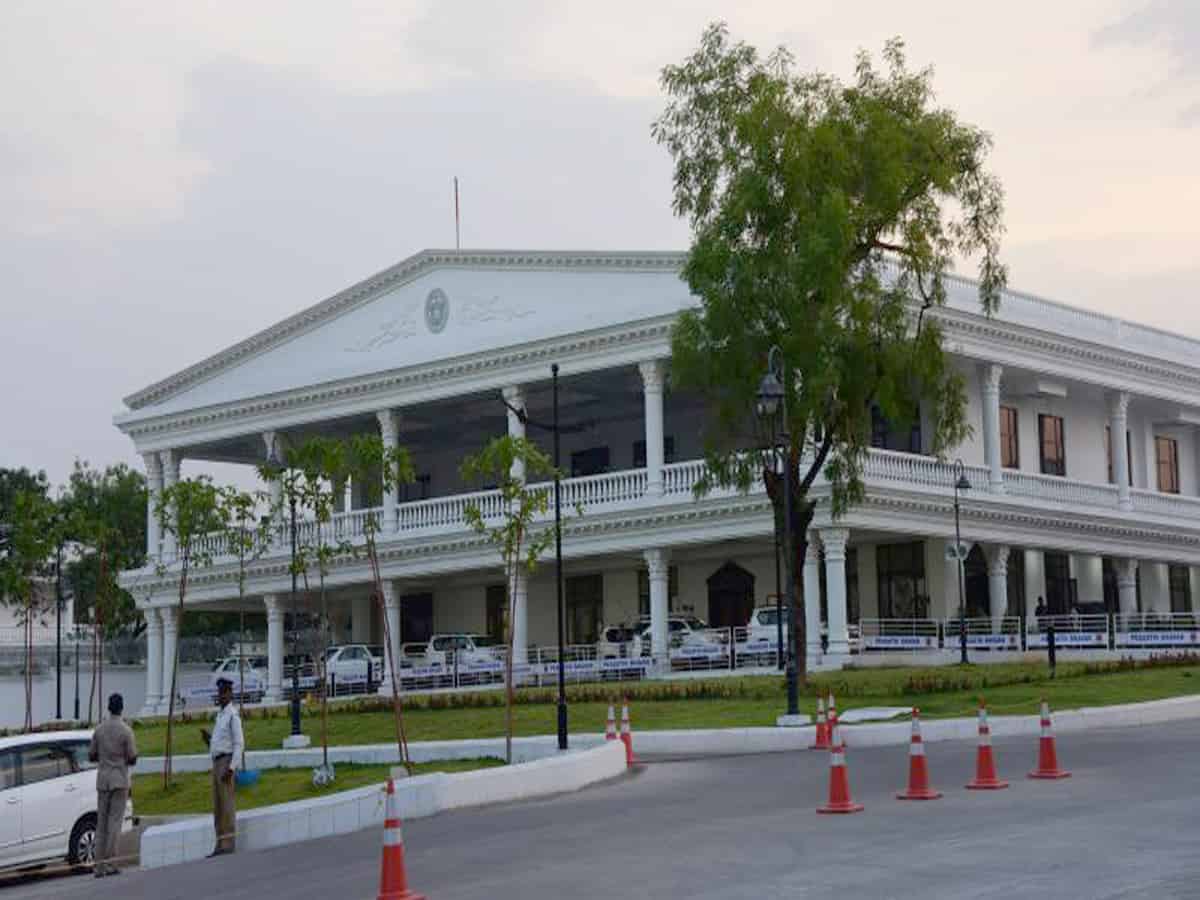 Hyderabad: The total expenditure for the construction of Pragathi Bhavan is almost Rs 50 crores, an RTI response revealed on Wednesday. The Pragathi Bhavan, located in Begumpet, is the official residence of the state chief minister.

In a response to a Right to Information (RTI) query filed by Hyderabad-based activist Robin Zaccheus, the public relations officer of the roads and buildings department of the Telangana government stated that the total expenditure on Pragathi Bhavan, since its construction, adds up to a total of Rs 49,84,14,145.

Chief minister K Chandrasekhar Rao had the building built in the heart of the city in 2016. It was built after demolishing 10 IAS Officers’ quarters and 24 peon quarters at the officers’ colony. The complex, built over nine acres of land, cost Rs 45,91,00,000 during the financial year 2016-2017.

It racked up another four crores in expenditure in the following four years. Some of the expenses involve services of plumbers and carpenters at camp office at a cost of Rs 14 lakhs in 2017-18, construction of a patrolling path on the east side of the building for Rs 26 lakhs in 2019-20 and building of a modular kitchen at the chief minister’s residence at the cost of Rs 26 lakhs.

Pragathi Bhavan is the collection of five buildings- the residence, the chief minister’s office, Janahitha (meeting hall), the old CM residence, and the camp office.