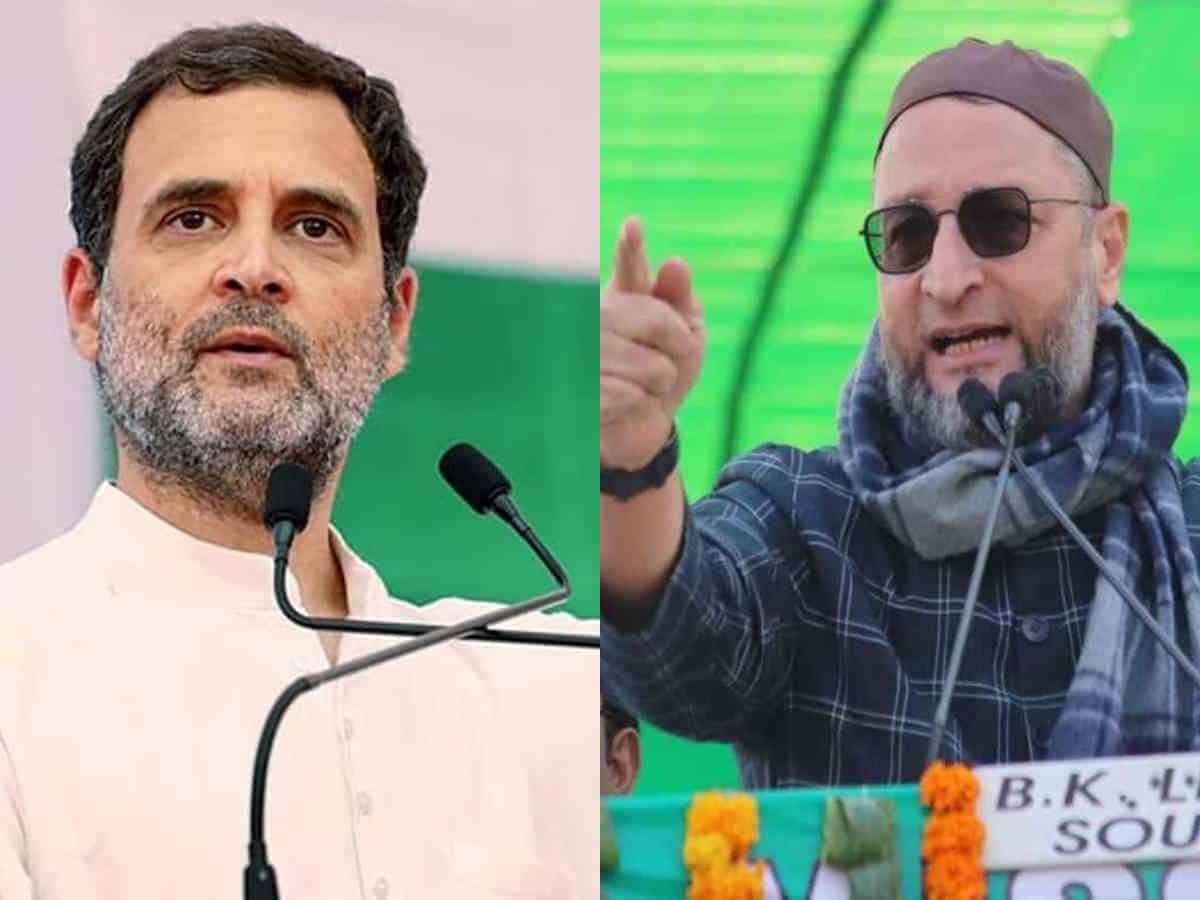 Taking a jibe at Rahul Gandhi, he said that he will now lose from Wayanad too.

One being asked about Rahul Gandhi’ statement that he has come to Telangana to challenge TRS, BJP and him ,Owaisi said, “I am saying that you will now lose from Wayanad too. Come, contest from Hyderabad. Try your luck. You can contest from Medak too.”

Earlier on Friday, Rahul Gandhi blew the poll bugle for the party with Raithu Sangharshana Sabha in Telangana which is scheduled to go to the Assembly polls next year.

Rahul Gandhi was on a two-day visit to Telangana on May 6-7.