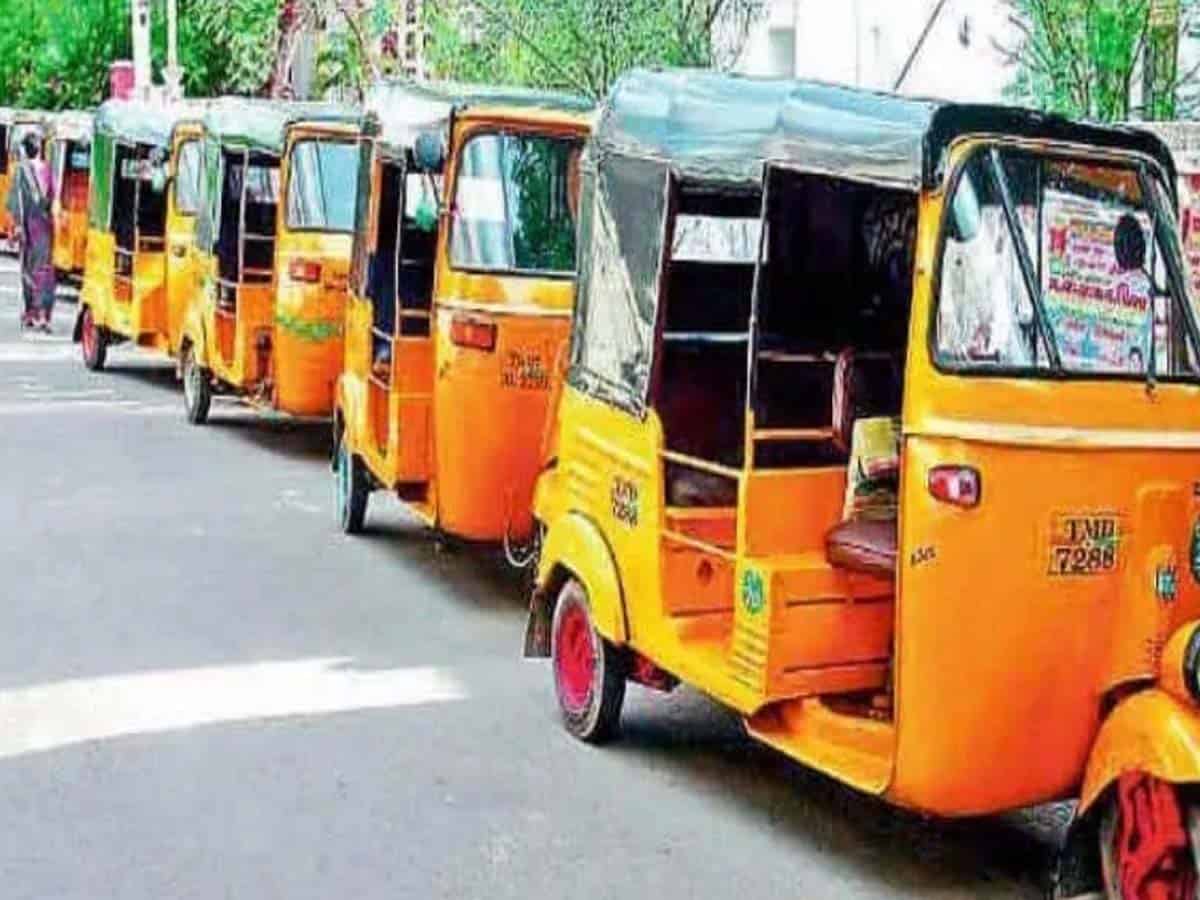 Hyderabad: An auto rikshaw driver today tried to commit suicide by pouring kerosene over his body infront of state. The incident took place minutes after the commencement of the second day of the ongoing Assembly session.

The victim came to the entrance of the Assembly and started raising slogans against state Home Minister Mohammad Mahmood Ali and state Industries Minister KTR after pouring kerosene all over his body .

He also tried to enter into the Assembly premises. However the police present at the Assembly entrance stopped him an arrested him. The police also seized his auto rikshaw. The police are trying to find the reasons behind his extreme step.