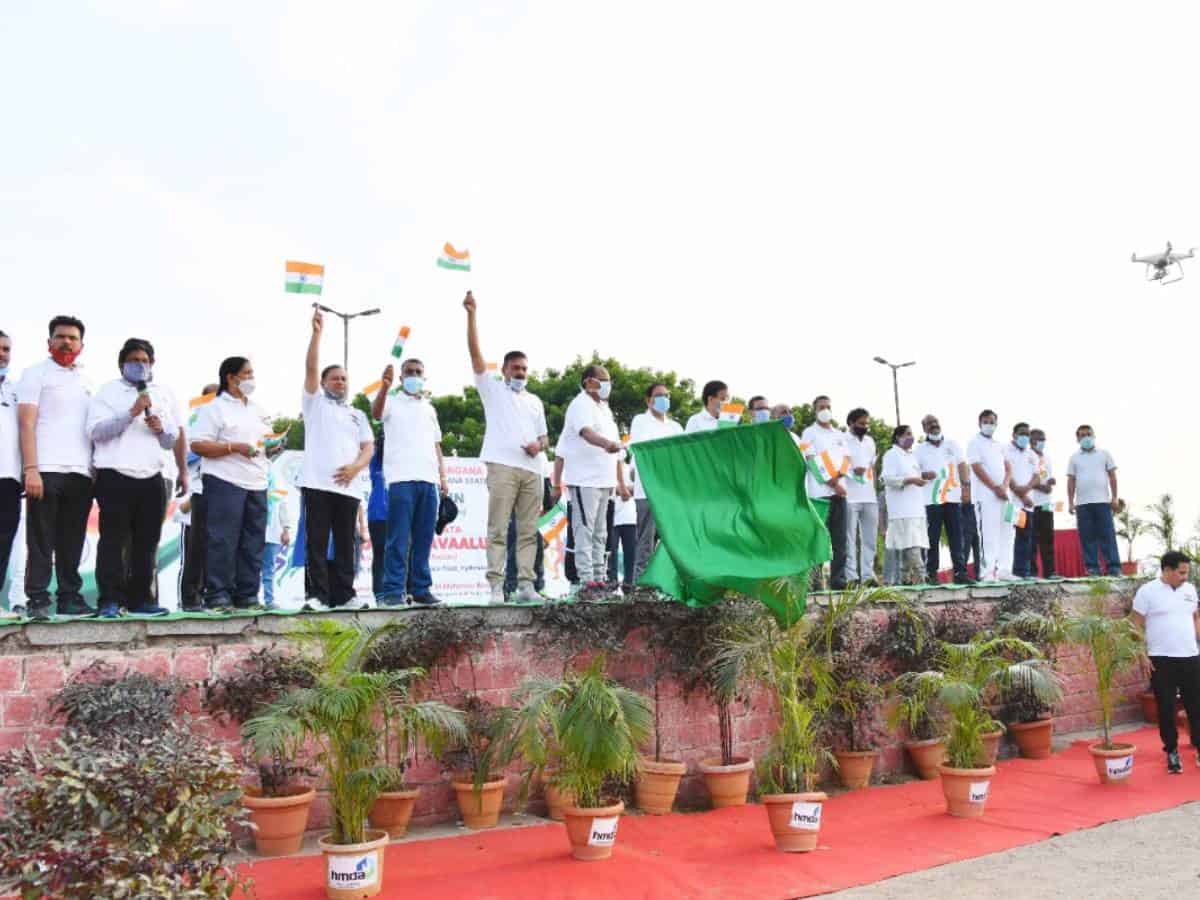 Freedom run was flagged off by Telangana chief secretary Somesh Kumar and DGP Mahendar Reddy and more than 3,000 runners participated.

Youngsters, employees and sportsmen participated in large numbers in the Run which proceeded towards Lumbini Park, Lakdikapul and ended at LB Stadium.

‘Azadi Ka Amrut Mahotsav is a series of events organized by the government of India to commemorate the 75th anniversary of Independence. It will be celebrated as a peoples’ movement across the country.

KCR instructed the officials to organize the celebrations amidst peace and harmony. Tributes will be paid to freedom fighters and martyrs of the Independence movement.

Chief minister said these programmes would be held adhering to COVID-19 guidelines.