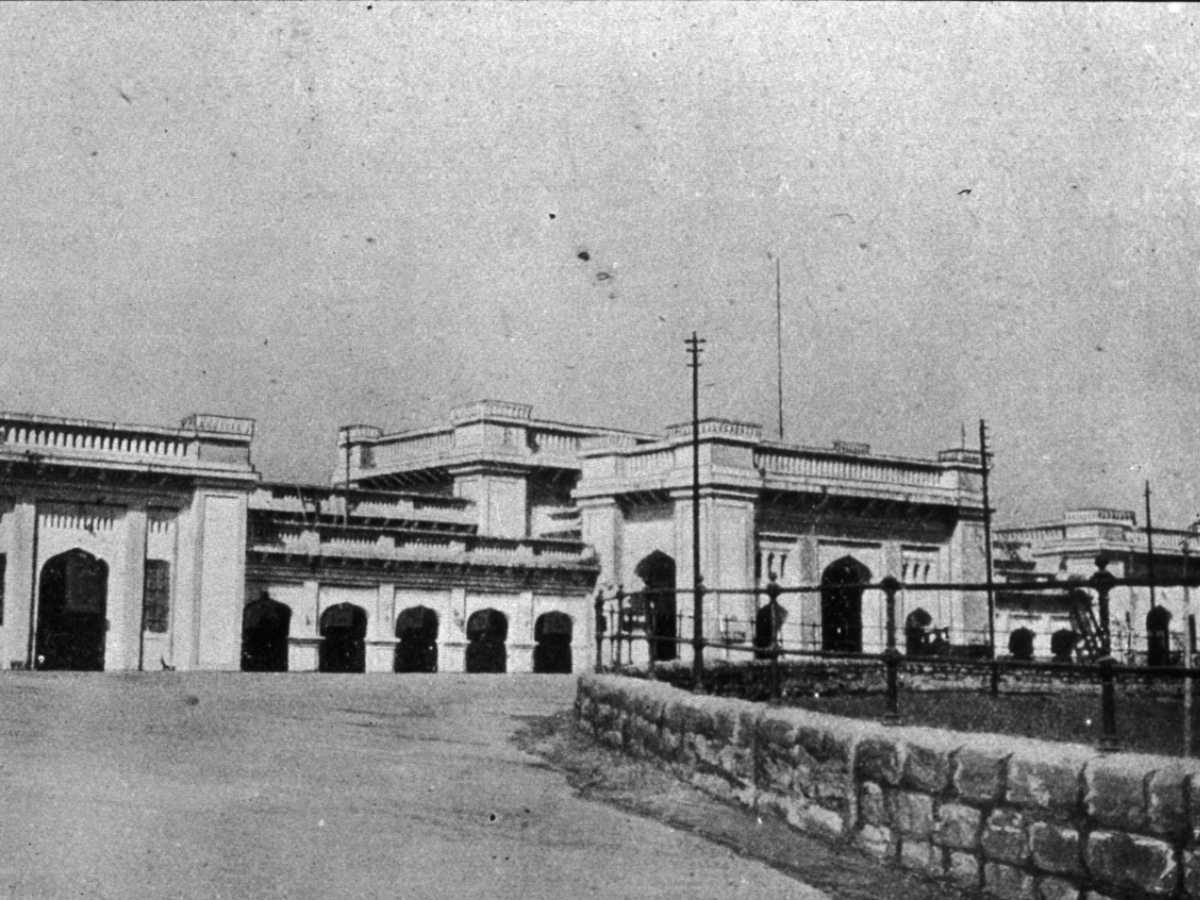 Hyderabad: The Hyderabad Railway Station stands as a personification of the ambitious plans drawn up by the Nizam of Hyderabad who wanted to connect the city with the rest of India.

Built-in 1907 by the Asaf Jah VII Osman Ali Khan, the station was called Nam-pally because it was built in a moist and wet area in those days. According to the officials, Nam in Urdu meant wet and moist, and pally means a place. Hence, the nomenclature Nampally station. It was the wetness of the place that the Nizam also chose to build the Bagh- E- Aam popularly known as the Public Gardens adjacent to the station.

The station was designed with an eye-pleasing and elegant façade based on the Deccan style of architecture. Referred to as “Hyderabad Deccan” since its inception to this day the entry point is arched symmetrically to enhance the grandeur, a legacy of the Nizam Royalty.

Initially, the Hyderabad Railway station was used mainly to handle goods traffic but it was in 1921 that the first train chugged in, subsequent to the completion of the construction of Begumpet Railway station which enabled connectivity between Hyderabad and Secunderabad.

After that trains passed through either Hussain Sagar Junction or Begumpet Railway station.

Hyderabad Station earned a special place as Mahatma Gandhi had visited the city on several occasions during the freedom struggle in the years 1929 and 1934. Hyderabad Railway Station witnessed a sea of humanity when Mahatma Gandhi arrived by train on April 6, 1929.

From his train to the waiting car it took him more than 45 minutes to reach. Gandhiji’s second visit to Hyderabad was in 1934 which was also eventful as the freedom struggle was at its full with freedom fervor. After he returned to Sabarmati Ashram, Gandhi wrote a letter to the people of Hyderabad saying how he was overwhelmed by their contributions to India’s freedom struggle. It is also known that Dr B.R. Ambedkar visited Hyderabad for the first time in the year 1932

As of today Hyderabad station has emerged as one of the busiest Railway stations with many express and super fast trains terminating or originating from here. Until 1973 only two out of the four southern capitals had direct rail connectivity to the national capital. One is the 15/16 Grand Trunk (GT)Express from Madras and another is the 21/22 Southern Express is known today as the Dakshin Express from Hyderabad since 1955.

The new train Andhra Pradesh Express was introduced on October 3 1976 and inaugurated by the then Union Minister Madhu Dandavate who was the Minister of Railways. It took 24 hours to reach Delhi which is a shorter duration than the existing train Dakshi express which takes 33 hours to reach Delhi. The train passes through six states, Telangana, Maharashtra, Madhya Pradesh, Uttar Pradesh, Rajasthan, and Haryana to reach New Delhi Station.

It was the fastest train between Hyderabad and Delhi until Rajadhani and Durontho expresses were introduced Called the “Blue Bullet” it was introduced with diesel locomotives at a time when most trains were steam powered. It is known for its service, punctuality maintenance quality food and is the first 24-coach train on South Central Railway. Initially, it had four stoppages whereas now it has 16 stoppages.

Renamed Telangana Express after the formation of Telangana with effect from November 15, 2015, it has now been updated with brand new German design Linke –Hoffman- Busch coaches.

To commemorate India’s 75 years of Independence, Indian Indian Railways have intricately been related to the freedom struggle, connecting patriots across diverse regions socially culturally, and politically. Hyderabad is among the various stations including Vijayawada, Guntur and Gadwal Railway stations to honor the legacy of the Indian freedom struggle.