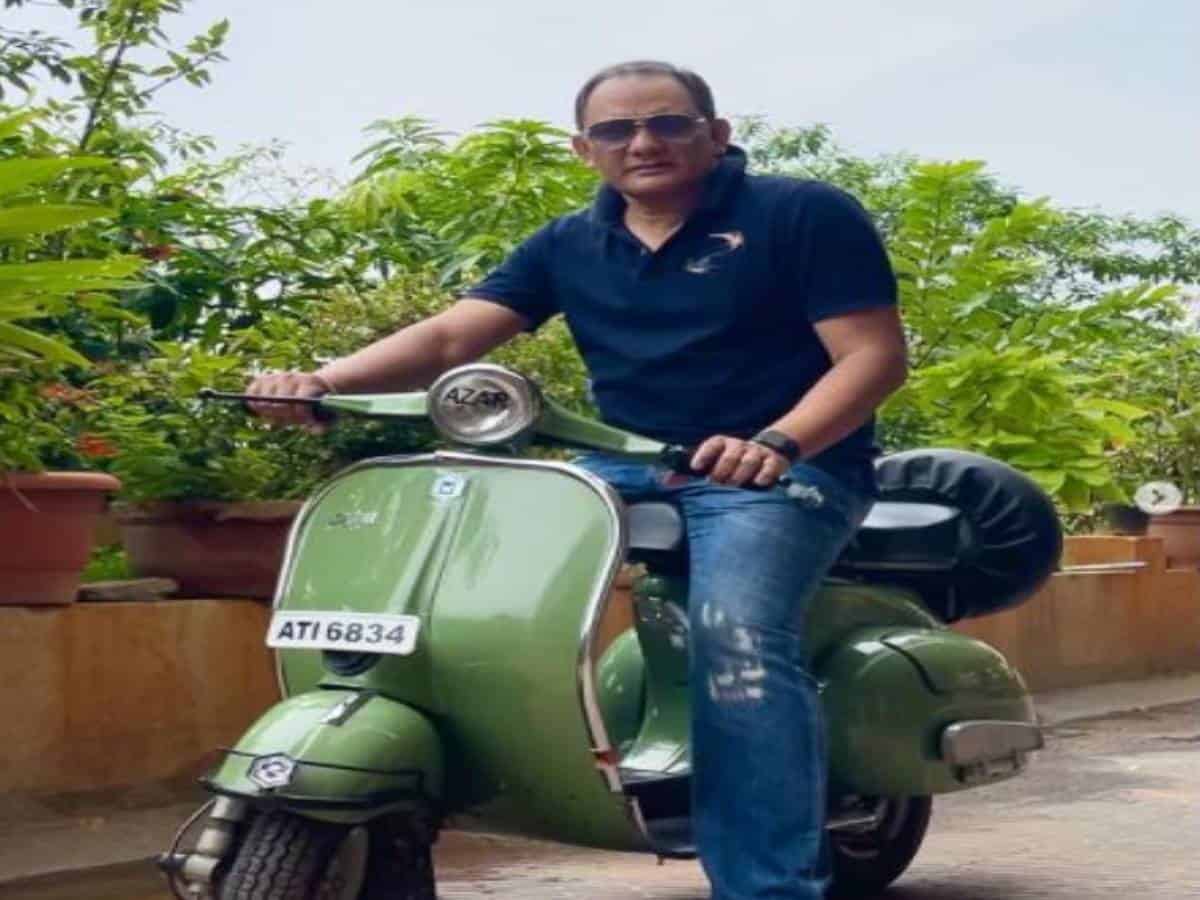 Hyderabad: Former India captain Mohammad Azharuddin on Friday posted on social media a series of pictures of him riding an old but seemingly well-maintained scooter, which someone presented to him in “acknowledgment of my talent”.

“Fond memories of my early career days when I got this scooter as an acknowledgment of my talent. It was a great luxury as compared to walking or on some lucky days cycling for miles to reach the practise stadium in the wee hours,” tweeted the stylish right-handed batsman, who played 99 Tests, captaining India in 47 of those matches.

His name, Azar, is prominently painted on the headlight of the green-painted scooter while the upholstery and the seat covers indicate that he continues to carefully maintain his prized possession from his early days as a cricketer.

Recently, Azharuddin had posted photographs of the bat with which he made a world record three consecutive centuries in his first three Tests of his career.

“With this bat, I made a world record of three consecutive hundreds in my first three tests against England in 84-85. In a season I scored more than 800 runs with this very bat, chosen by my grandfather. #FondMemories,” Azharuddin had tweeted on May 21.

Azharuddin made his debut in the third Test against England in December 1984 in Kolkata.

He scored 110 in his first Test and followed that up with 105 in the fourth Test in Chennai. He then scored 122 in the fifth Test in Kanpur.