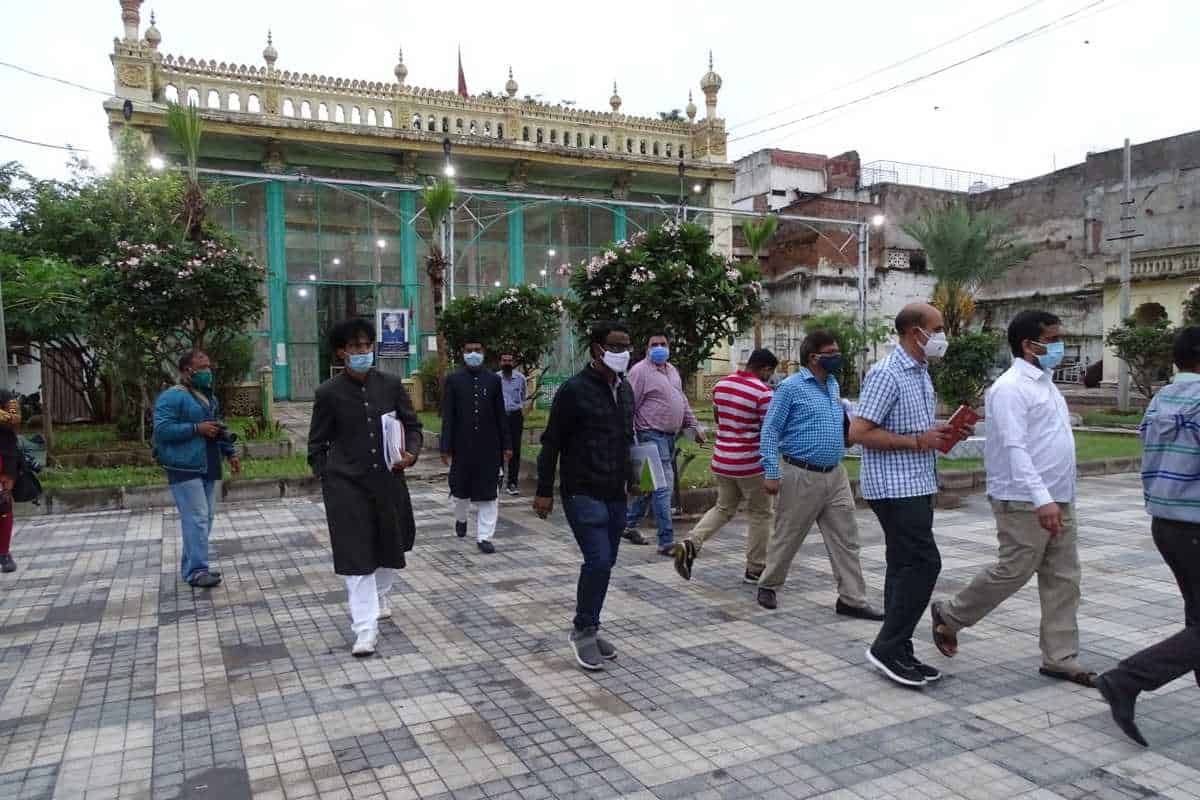 Hyderabad: In a bid to ensure that there is no encroachment, caretakers of the historic Badshahi Ashurkhana here on Wednesday askedstate government’s Redevelopment Plan Committee, which includes IAS officers, to complete the fencing work outside the heritage structure. They also requested officials to complete beautification works outside the place.

On Wednesday, about 20 team members comprising the state government’s Redevelopment Plan Committee and others from the Aga Khan Trust for Culture, which is currently restoring the Qutb Shahi tombs, visited the Badshahi Ashurkhana early in the morning for an inspection.

The officials and experts are undertaking the survey based on a direction by the Telangana High Court, which told the state Tourism and Culture department’s principal secretary and the historical monuments protection committee to formulate a comprehensive plan to redevelop 27 identified historical monuments, including Golconda Fort and Qutb Shahi tombs, in the state within six weeks.

The group, which also included IAS officers and experts from the Aga Khan Trust for Culture, visited the Ashurkhana early in the morning, and were on their way to visit about 20 heritage structures in HyderabadIn his letter

“We asked them to complete the beautification works outside the monument. The officials who visited the Badshahi Ashurkhana were very impressed with the place. There is a growing danger of the place getting encroached,” said Murtuza Moosavi, who belongs to the Moosavi family which is the Mutawalli of the monument.

Earlier in 2019, the state Department of Heritage had asked the Greater Hyderabad Municipal Corporation (GHMC) to undertake beautification works at the historic Badshahi Ashurkhana in the old city. A. Dinakar Babu, director of the Heritage department, also pointed out that due to lack of fencing outside the monument, it might get encroached again.

The Badhshai Ashurkhana is the second structure built in Hyderabad after the city was founded by Mohd Quli Qutb Shah (fourth king of the Golconda dynasty) in 1591. The monument, which is a Shia Muslim mourning place, primarily used during Muharram, goes back to 1593. It is a very important heritage site given that it was built by the founding king himself, and as it still continues to be in use.