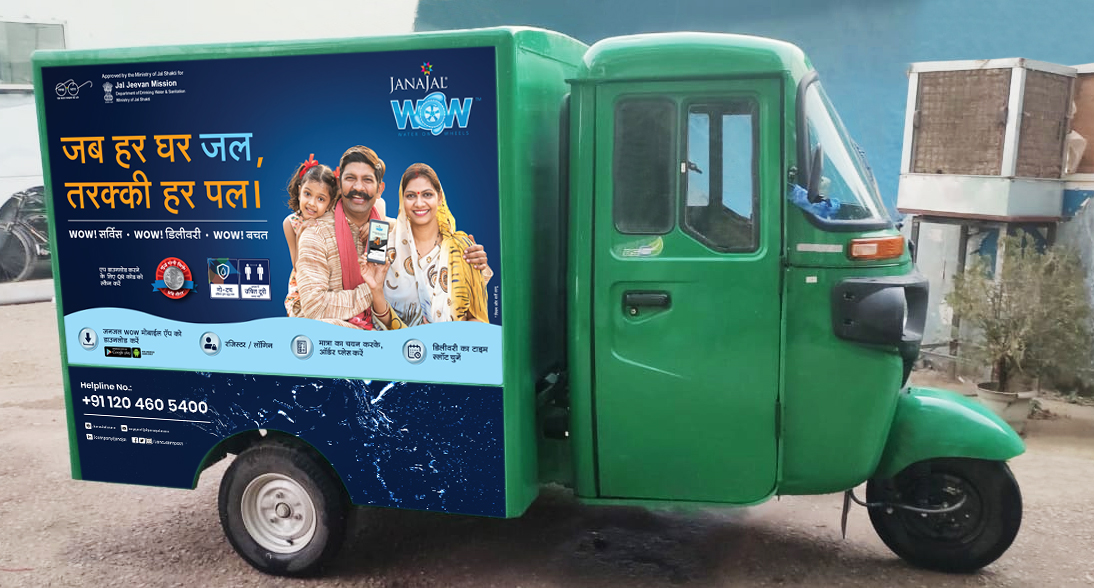 Hyderabad: Janajal Wow (Water on Wheels), an internet of things (IOT)-based three-wheeler which has been approved for water delivery households, has received support from Baja Auto in its initiative. The former, which was initially an electric vehicle has now entered into an agreement with Bajaj Auto to build a CNG (gas) operated variant and  to support the implementation through their pan India sales, service and spares network.

The Wow three-wheeler was approved by the Ministry of Jal Shakti as one of five technologies to deliver the 50 billion dollar drinking water scheme under the National Jal Jeevan Mission, said a press release from the company on Tuesday. “It has been recommended to all State Governments and Union Territories to accelerate their respective “Har Ghar Jal” targets,” added the release. JanaJal is the company which has created the IoT-based machine.

The WoW machine  is one of the five technologies that has been approved by the Jal Jeevan Mission which is Pan India, and will be implemented by the Centre across all states including Telangana and Andhra Pradesh. Janajal is a company that has adopted a dedicated services approach towards setting,operating and maintaining decentralised water treatment plants with the goal to harness existing water treatment capacity, stated the release.

The IoT based tech-managed three-wheeler will hopefully mitigate the needs for increased accessibility and reach by creating a ‘hub and spoke’ model deep inside communities for delivery of safe water at doorsteps of households. Dr Parag Agarwal, founder and CEO of Janajal said, “We are delighted and honoured that Janajal WOW has been recognized and recommended by the Ministry of Jal Shakti as an innovative field-level solution for delivery of safe water to the masses as part of the Jal Jeevan Mission