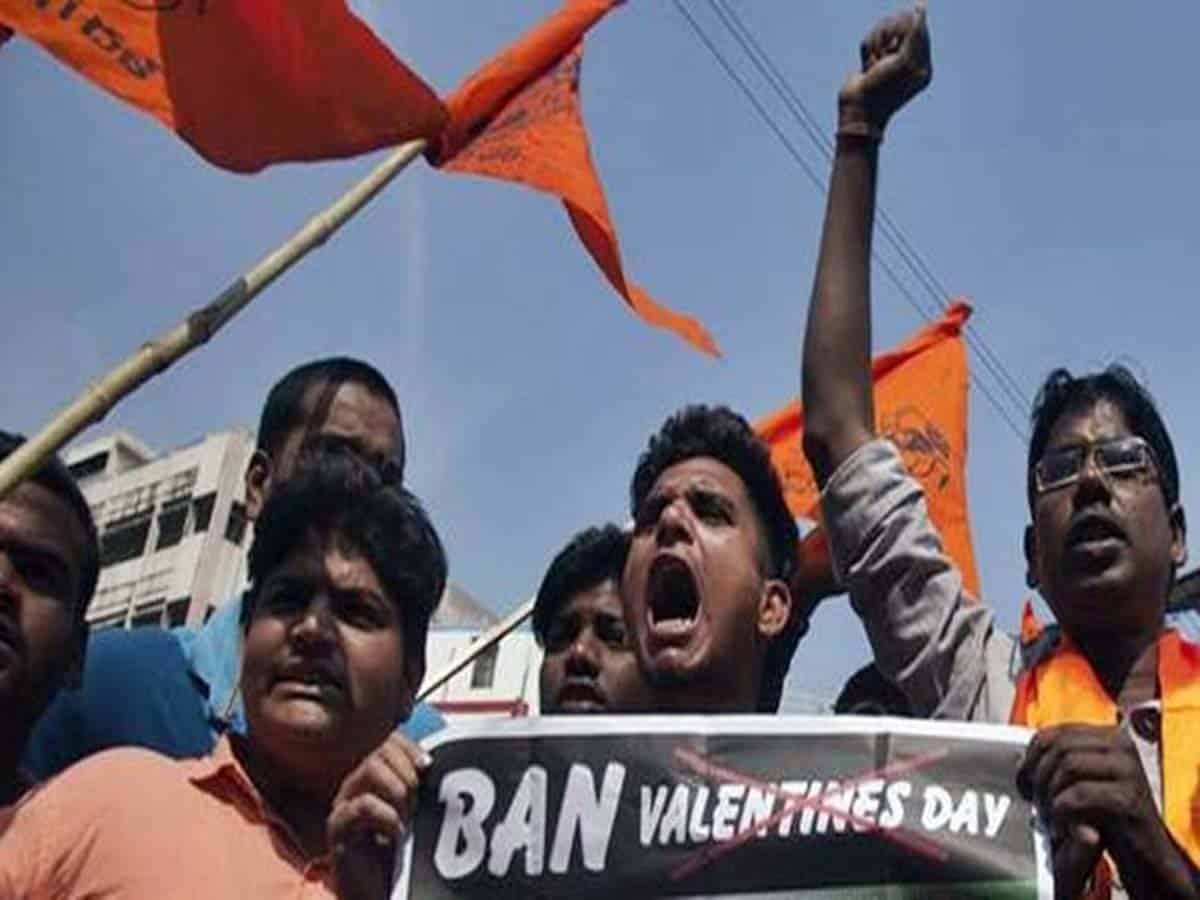 Hyderabad: The State Unit of Bajrang Dal today demanded the state government to put a ban on the upcoming Valentine’s Day celebrations on February 14 of this month. The activists of the Bajrang Dal released a poster on the issue at NSS center in the city.

Addressing media persons on the occasion, the staff convenor of the party Subash Chander said that they would organize burning of Valentine’s Day greeting cards on 12th of this month.

He warned that they would also hold their continuous program of performing forceful marriages to lovers if they were spotted to them on their Valentine’s Day. He claimed that the lovers’ day was also banned in Rome city.