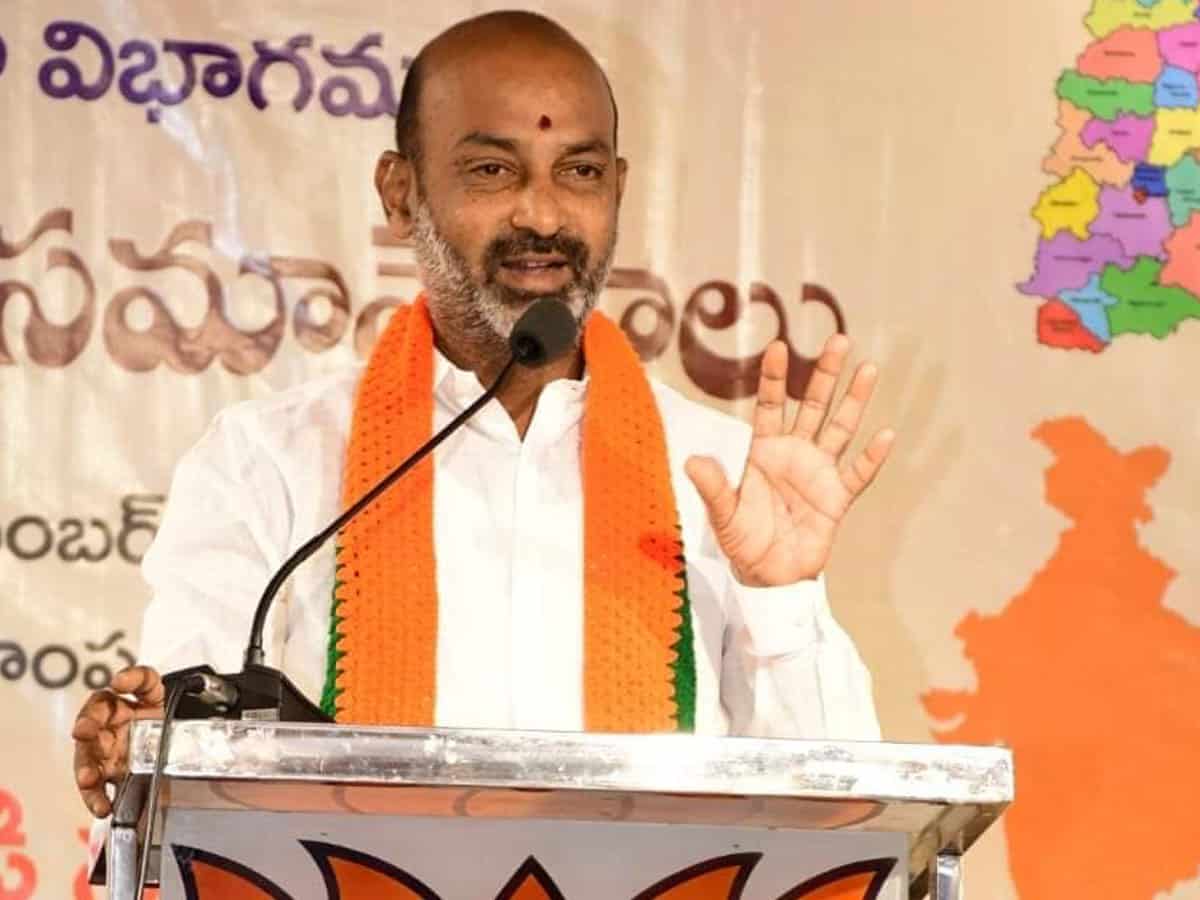 Hyderabad: Attacking the ruling TRS on the issue of jobs, Telangana BJP president and MP Bandi Sanjay Kumar on Monday said party activists would stall the assembly session if a notification for job recruitment was not issued by January next year.

“If you don’t issue notification by January, the CM should remember that BJP activists will stall the assembly session to be held by you,” Kumar said, addressing a protest held by him over the issue.

He slammed the TRS government for not issuing notification for Group-1 posts even once during the last seven years, among others. “What has a separate Telangana been created for, if not for providing jobs,?”, he asked. BJP’s in charge for party affairs in the state Tarun Chugh said Sanjay Kumar is ready for an open debate with Chief Minister K Chandrasekhar Rao on various development issues.

The BJP is ready to give an account of the NDA government’s rule at the Centre during the last seven years and the TRS should present an account of its rule, he said.

State Animal Husbandy Minister T Srinivas Yadav retorted, saying a white paper should be released on the number of jobs created in the country by the NDA government at the Centre.