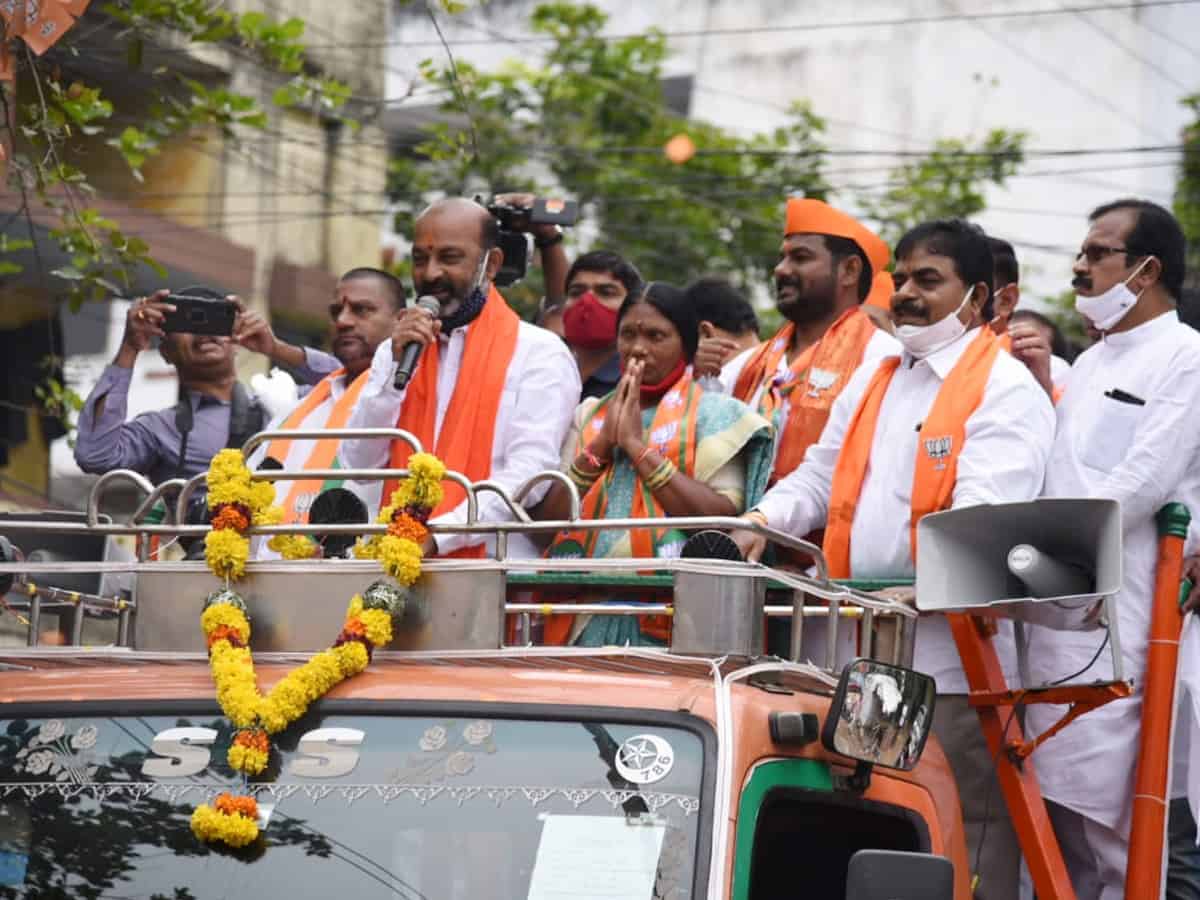 Bandi Sanjay’s Yatra will end at Huzurabad, as reported earlier.

The BJP minority morcha state president Afsar Pasha released an Urdu poster of the Yatra and said that elaborate arrangements have been made at Laad Bazaar where a podium has been set up to welcome Sanjay.