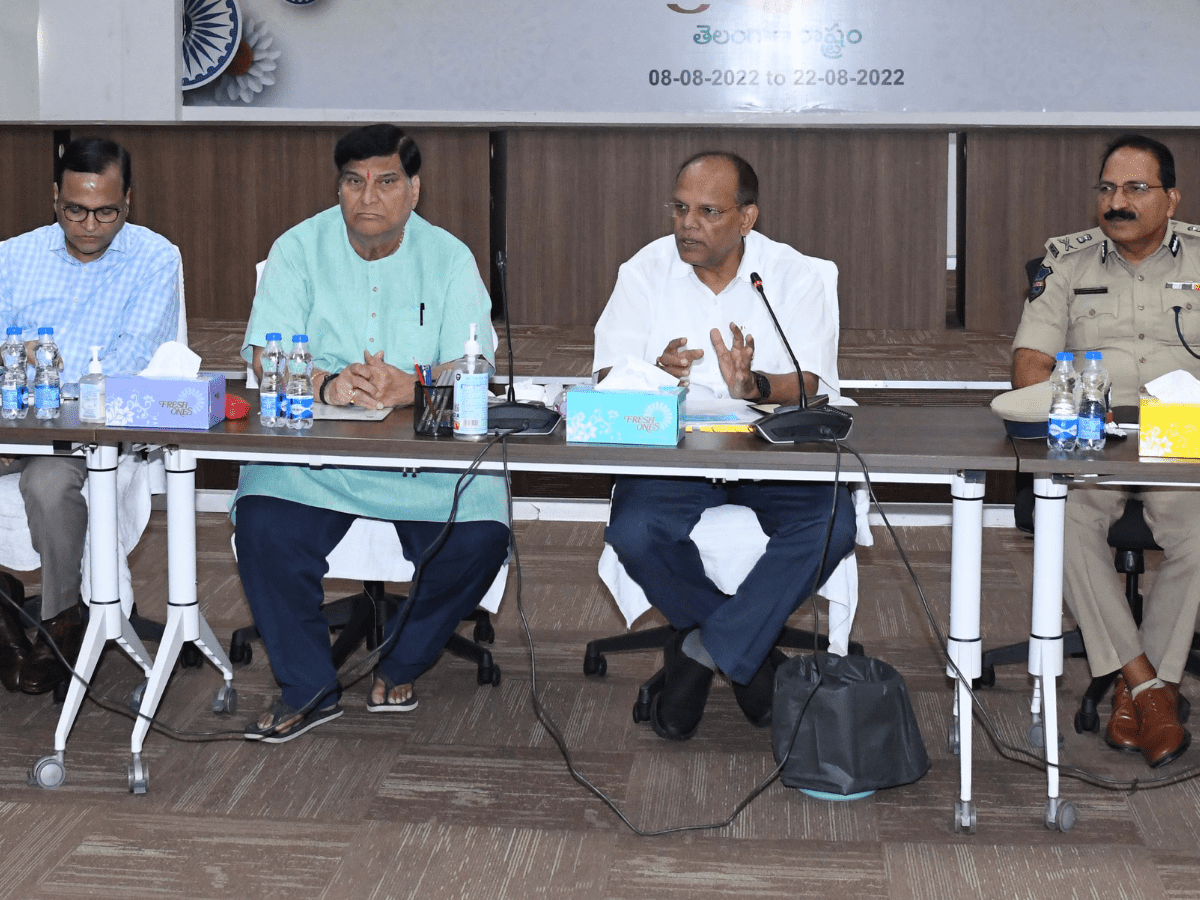 Hyderabad: Chief Secretary, Somesh Kumar held a meeting, at BRKR Bhavan on Monday to organise the Bathukamma festival in a ‘grand manner’.

According to the release, the nine-day Bathukamma festival will be held from September 25 to October 3. The festivities will take place on October 3, which is Saddula Bathukamma.

The authorities have been instructed to light up significant structures and traffic islands during the festival. Roads should be improved, immersion points should be blocked off, power should be available continuously, cultural events should be planned, and swimmers should be positioned close to Hussain Sagar and at all immersion spots.

“All the metro pillars and inside metro trains should be decorated depicting the Bathukamma festival. Wide publicity should be given on social media about the festival,” read the press release.

For the last and main day of the festival on October 3, the chief secretary instructed the officials to ensure the provision of logistics, including the arrangement of small cranes for the immersion of Bathukammas, illumination along Hussain Sagar banks, police security, traffic control and regulation, temporary restrooms, distribution of buttermilk sachets, arrangements of first aid facilities, deployment of fire extinguishers, etc.