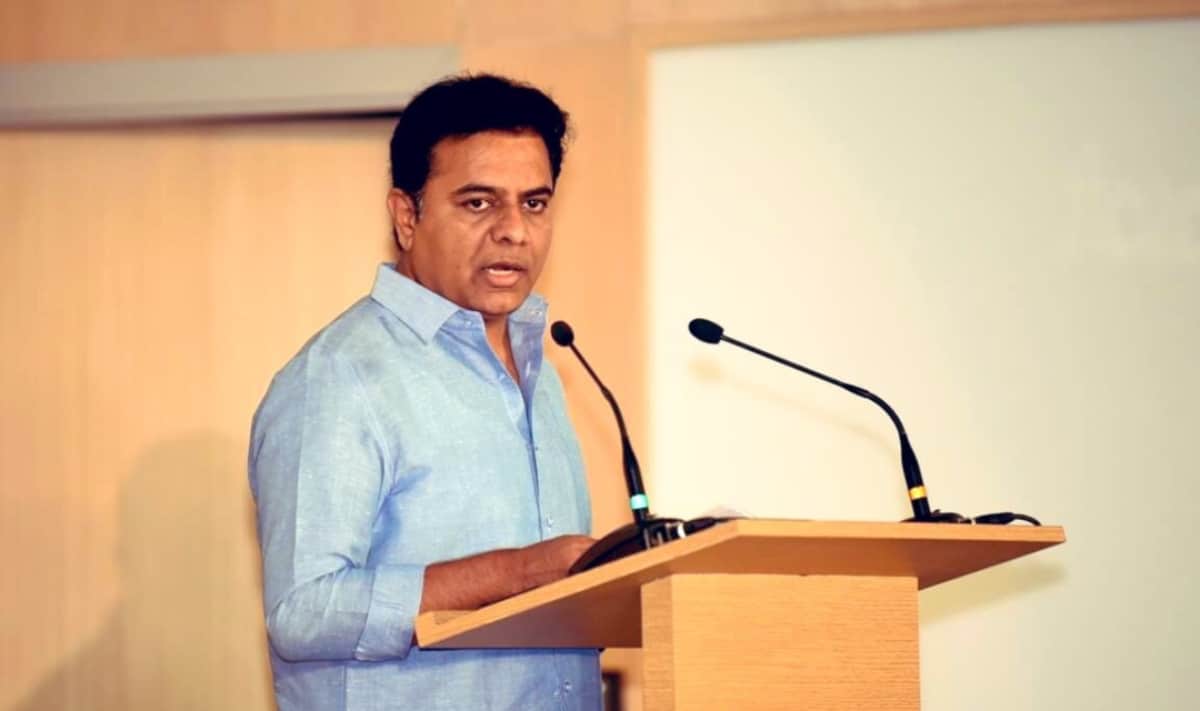 Hyderabad: Telangana MA&UD minister KT Rama Rao on Monday said that no city, including the city of Hyderabad is immune to the effects of climate change and the infusion of capital into building the infrastructure of cities in the country is the only way to handle the repercussions of rapid urbanisation and sub urbanisation.

KTR’s remarks come at a time when incessant rains continue to batter Silicon city Bengaluru on Monday and authorities crossed their fingers as the Indian Meteorological Department (IMD) issued a yellow alert till September 7 for Bengaluru.

Lakhs of vehicle riders and drivers had a harrowing time reaching offices due to inundated roads at many localities in Bengaluru on Monday. The Richmond Road constructed under the Smart City Project is facing the problem of water-logging and people are left fuming against authorities.

KTR in a series of tweets said that bold reforms in urban planning and governance are necessary in order to build better lives in Indian cities. He urged union Housing and Urban Affairs minister Hardeep Singh Puri to make way for such reforms.

“To all those who are mocking the water-logged Bengaluru: Our cities are our primary economic engines driving the States’/Country’s growth With rapid urbanisation & sub-urbanisation, infrastructure is bound to crumble as we haven’t infused enough capital into upgrading the same.

No Indian city (including my state’s capital city) today is immune to the disastrous consequences of climate change If India has to continue to grow, we need well-laid, concerted capital allocations of Union & State Govts combined into radical improvement in infrastructure.

@HardeepSPuri Ji to plan this & happy to help,” he said tagging Minister for Housing and Urban Affairs of India Hardeep Singh Puri on Twitter.

KTR further said that some of his friends in Hyderabad will not like what he said but learning from each others’ experiences is important.

Because in the past, we were taunted by some Bengaluru leaders in similar situations But if we have to grow as a nation, we need to learn from each others’ experiences & show the might of collective will,” he said.