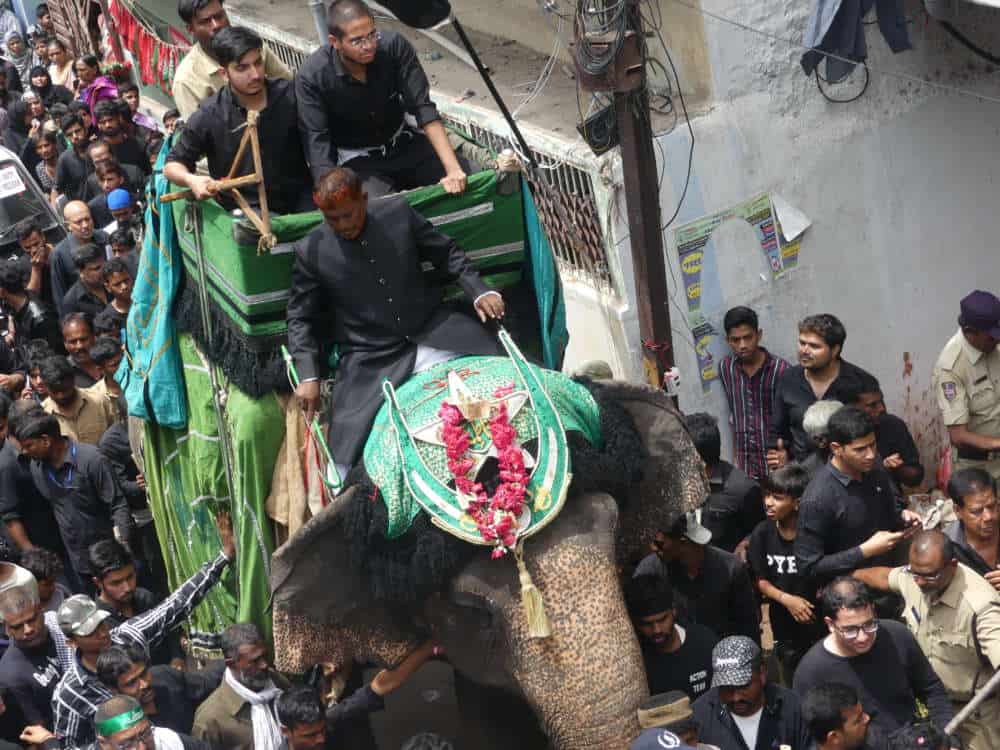 That Hyderabad turns into a spiritual hub in the month of Muharrum each year is a well-known phenomenon mostly through the sound of Nohas i.e. lamentations that are recited in private and public spaces like the Ashurkhanas, in memory of the martyrdom of Imam Hussayn (r.a), son of Imam Ali (r.a) and the grandson of the Prophet (s.a.w). Art forms like “Soz-Khwani”, a poetic musical story telling of the battle of Karbala are also performed at spaces for arts and performances like LaMakaan where non-Muslims of the city partake in the cultural experience.

Not too different from these Nohas are the lesser-known Lamentations that are sung by Christian congregations across Churches of Secunderabad and Hyderabad (and throughout the world) during the Lent season and especially during the week leading to Good Friday. They are structured as both Western hymns and Indian bhajans lamenting Jesus Christ’s crucifixion suffering after being charged of treason by Roman authority and of blasphemy by Jewish priests.

Christians believe that Jesus’ death and resurrection is the path to salvation for all human beings. Muslims believe that Jesus was so dear to Allah (Jesus is referred to as Roohallah i.e. spirit of Allah in the Quran) that he got him replaced by someone else on the cross. How can the Messiah be crucified? However, both Christians and Muslims believe Jesus ascended to heaven thereafter. For the uninitiated of Abrahamic religions this might come across poignantly to see both Christians and Muslims exalting Jesus in their own ways.

Lamentations have actually been a long-lasting tradition among the Jewish and Christian communities whose Holy Scriptures contain an entire book called “Lamentations” that are poems in memory of the loss of the city and people of Jerusalem at the hands of Babylonians during 586 BCE. The authorship of the book is ascribed to Hazrat Jeremiah (vocalized as “Irmiyah” in Arabic, also incidentally the same in Telugu) who is referred to as a “Weeping Prophet”. The destruction and the carnage was so brutal that it is believed he had wept incessantly for several days while writing these poems which combine elements of the Jewish qinah, a funeral dirge for the loss of the city, and the communal lament pleading for the restoration of its people.

A parallel can be drawn here with the sight of men weeping silently in congregations during the Lent & Good Friday and in majilis during the month of Muharrum. They are drawn towards introspection and spirituality – which is what inspired the authorship of this piece.

Closer to home, here is a poem written by none other than Hyderabad’s Nizam H.E.H Mir Osman Ali Khan on Jesus who is referred to as Prophet Esa Masih (a.s) in Islam. The poem chronicles the journey of Jesus from his miraculous birth to the end of his mission on earth. Included in the poem towards the end is a Good Friday lament. Nothing can situate the lament better than the fact that it is adorned on the wall of the Azakhan-e-Zehra Ashurkhana, a place of mourning.

“WHAT WAS JESUS’S MISSION, OSMAN?

ASK THEM WHOM HE CAME TO GUIDE

GAVE HIS LIFE FOR THEIR REDEMPTION

FOR HIS FLOCK HE GLADLY DIED!”

Moses Tulasi is a Hyderabad-based documentary filmmaker who occasionally writes on History and Culture.