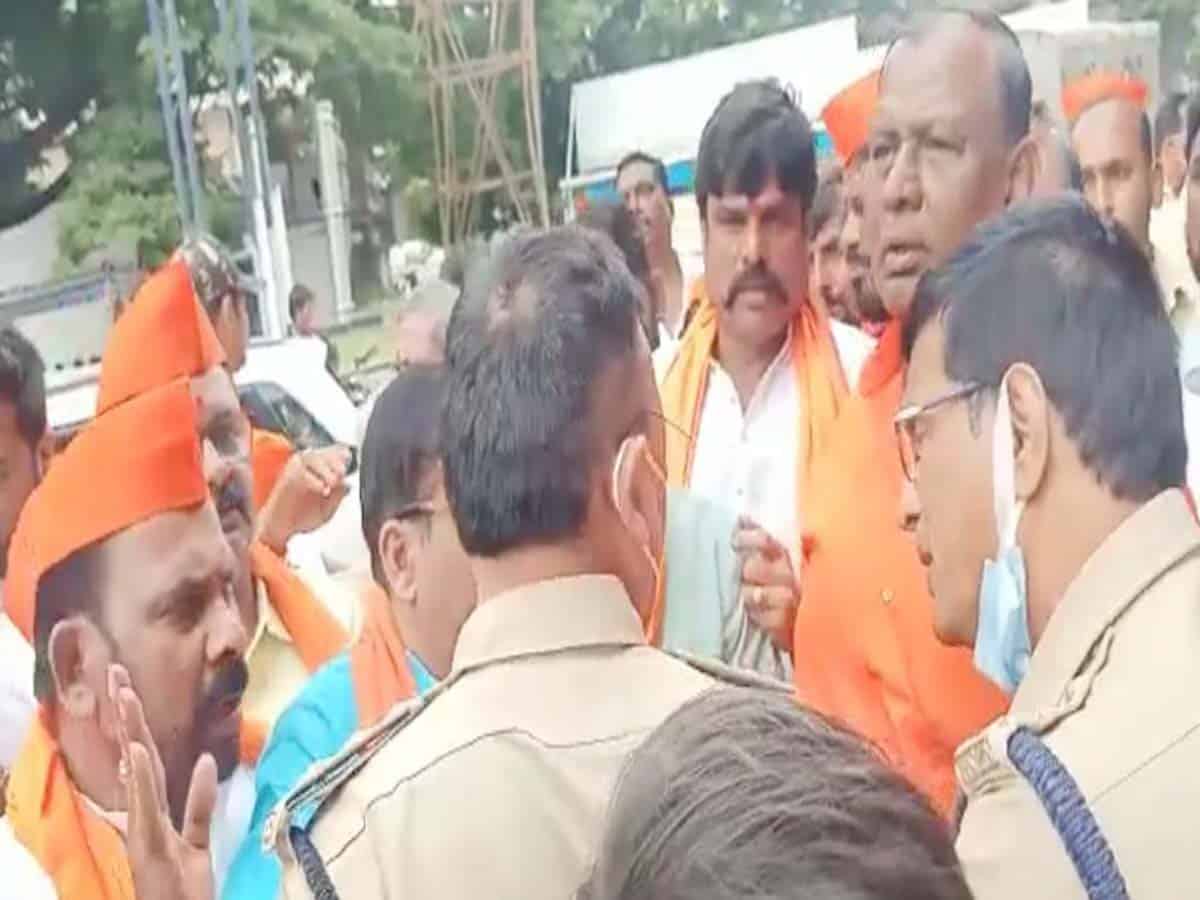 Dr Rao was on the hunger strike since Tuesday after his arrest by the Ramgopalpet police when he along with others took out a bike rally to Tank Bund demanding facilities for immersion of Ganesh idols.

The State government clarified earlier that there is no permission for immersion of Plaster of Paris made idols in the Hussainsagar in view of the High Court order.

The Ganesh Utsav Samithi had given a call for rasta roko for Wednesday and BJP workers staged protest at several places.

Cinematography Minister T Srinivas Yadav along with officials inspected the arrangements for Ganesh immersion on Wednesday evening at Tank Bund. All necessary arrangements are made for immersion, he told media persons later.

Meanwhile, the Bhagyanagar Ganesh Utsav Samithi delegation will visit the Tank Bund again on Thursday to inspect the arrangements made for the immersion of Ganesh idols. The main and centralized immersion will take place on Friday.