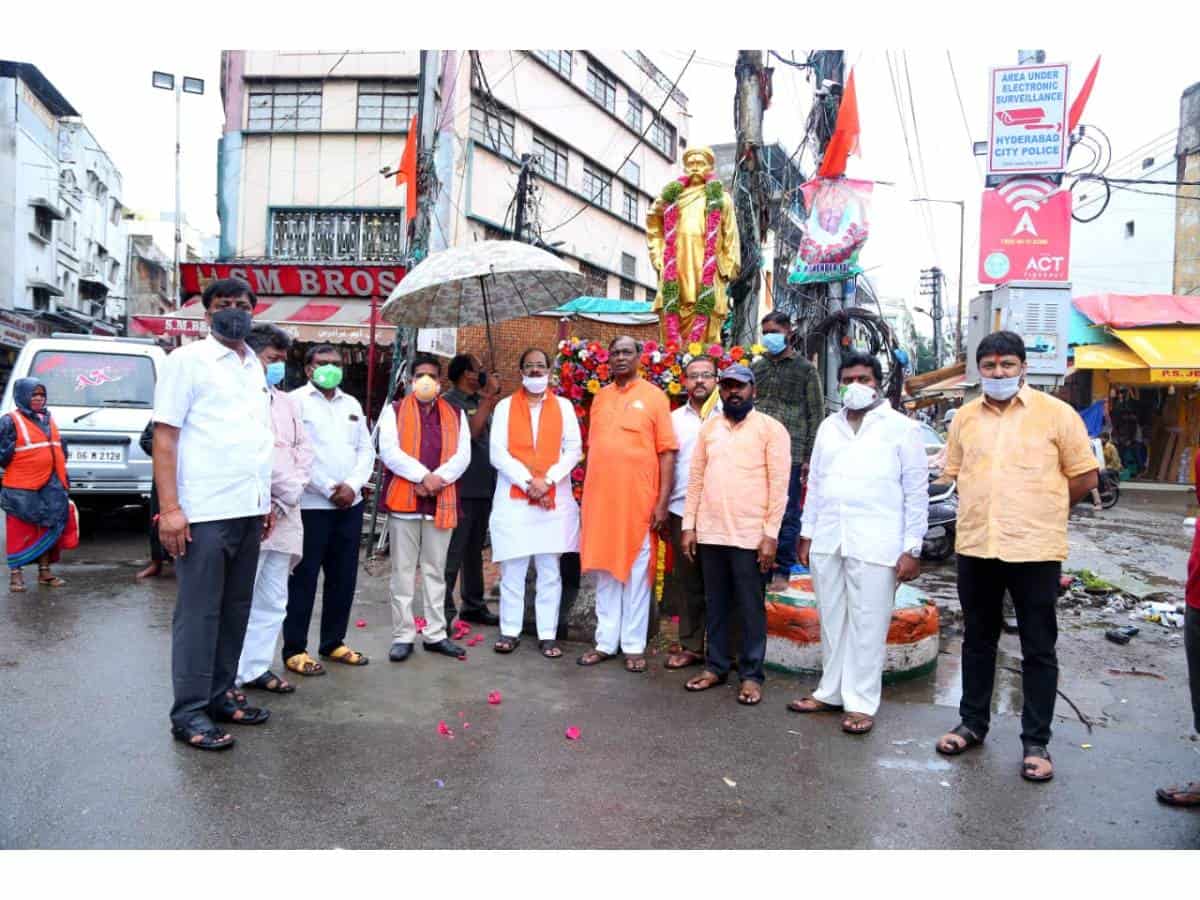 Hyderabad: The Bhagyanagar Ganesh Utsav Samithi members are continuing their protest at the Baheti Bhavan the head office of the committee to protest against the alleged failure of the government to allow the immersion of Ganesh idols at Hussainsagar.

After their release, the leaders came back to Baheti Bhavan and continued their strike.

On Wednesday morning, Dr Bhagvanth Rao and other committee members came out and staged a rasta roko for a while at M J Market against the state government. The road blockage program was organized at many places in the city.

The police meanwhile are closely monitoring the developments. Senior police officials are camping near the Siddiamber Bazaar where Rapid Action Force is also deployed.

The committee asked the pandal organizers to leave the idols on the roads and go away if the police harass them and create hurdles during the immersion of idols.